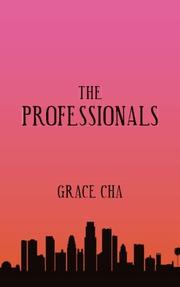 Cha’s debut is a romantic dramedy of errors focused on two adults as they navigate the complicated waters of modern life and love—and their own overlapping destinies.

After overcoming a complicated past, Helena Park can finally be proud of her professional accomplishments. A senior supervising consultant at Advent Solutions in Los Angeles, Helena is enjoying the perks of upper management and is a valued decision-maker. When a search for a junior consultant brings her to Chicago, Helena has no idea that her life is about to change. She feels an instant attraction to a younger applicant named Tom Overton and feels certain that he is “the one.” Tom, too, has a fraught past and secretly entertains dreams of working as a writer. Helena uses her company influence to get him hired only to realize that they won’t be interacting often; he’ll be based in Chicago. Desperate to bring him into her life permanently, she and a friend concoct a scheme to get him an LA–based writing job. Helena’s maneuvering leaves her unprepared for ensuing complications. Cha’s writing is skilled and detailed, but she struggles to balance back story, action, and exposition as she slowly reveals Helena and Tom’s respective histories, particularly Helena’s past mental health issues and drug abuse. At times, the book reads more like a lengthy character study than a well-plotted novel, and the exposition threatens to topple the plot. Also, readers may struggle with understanding Helena’s actions. Is Helena a disturbed, even threatening, stalker? Or is her scheming—which can be mean-spirited—simply a necessary part of reaching her destiny, revealed in an unexpected twist in the book’s final pages? 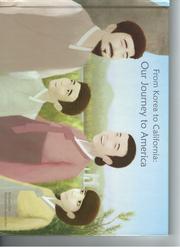 From Korea to California

In this historical fiction picture book, Cha (The Professionals, 2014) uses one family’s story to share an overview of Korean immigration to California during the first half of the 20th century.

Doran Pak and her family live on a farm in a small Korean village. Kim’s muted pastel drawings show the family hard at work. As Christian missionaries spread their doctrine throughout the marketplace and advertise the opportunities to be had, a neighbor approaches the family and explains that many Koreans are moving to Hawaii in pursuit of promising farm work. An official order from King Gojong allows Koreans to immigrate to Hawaii for work. Though Cha’s simple explanation allows children to partially understand the immigration movement, the complexity and history behind the king’s ruling is beyond the scope of the story. Regardless, Doran’s family decides to move to Hawaii and eventually California. Initially reluctant to move to America, Doran settles in to her Californian surroundings—bright, minimalist images show her enjoying oranges from the orchard—as her family becomes involved in church and the burgeoning California Korean community. Through the Pak family’s experiences, Cha tells the story of immigrant success in farming and their subsequent ability to support the Korean independence movement. Cha explains, in ways accessible to children, how California Koreans organized in support of Korea against Japanese rule by forming marches and later joining American forces during World War II. The book ends with a historical timeline about prominent Koreans and American missionaries. Text is broken into short paragraphs, but the inclusions of Korean words and historical facts make this a book best read aloud by a caretaker or by a child transitioning to chapter books. The dull typeface could be better integrated with Kim’s soft, simple illustrations, which offer warm ambience. Overall, however, Cha deftly handles relating a complicated history in a way children can begin to comprehend.

From Korea to California: OUR JOURNEY TO AMERICA: Best in 2015, Kirkus Review, Children's Picture Books, 2015