A freelance writer, with experience of working for two intergovernmental organizations, GF has: authored a set of illustrated, French sci-fi short stories for use in schools; invented a board game, "Decade", in which players contest ten rounds of the board over 52 squares representing the number of weeks in the calendar year; recorded a series of comedy monologues inspired by the maestro, Bob Newhart; compiled numerous cryptic crosswords under the pseudonym Zed; translated into English, during his school years, Theodor Storm's German novella, "Der Schimmelreiter" ; written and directed, during his teaching years, a number of plays in French based on the TV series "The Man From Uncle"; acted the part of Jerry in Edward Albee's "The Zoo Story"; escorted his daughter to the beachfront altar at her wedding in Mauritius; accompanied his son in a glider flown above the cooling towers of a French nuclear power station with not the best of safety records; touched down on the Arctic circle, and; last but not least, as a nine-year-old, secured the autographs and handshakes of the incomparable Stan Laurel and Oliver Hardy.

GF received commendation in the Times Literary Supplement for his first novel "Contreras" based on a fictional episode in the 1846-1847 Mexican-American war. He signed on with UK literary agent, who failed to bring the book to market - citing lack of appetite for mid-nineteenth century American history.

Published in 2014, GF's "The Man With A Charmed Life" pays indirect tribute to Alfred Hitchcock's "North by Northwest" masterpiece. The novel's accidental hero, Henry Wright, is pitched against hostile forces similar to those facing Roger Thornhill, the character played by Cary Grant. As well as uniquely featuring NASA's space shuttle and the Kennedy Space Center, this thriller transports readers to California's Disneyland and Knotts Berry Farm, where fun and games are uncharacteristically marred by bloodshed.

Published in 2015, GF's "The Khazar Codex" pays direct tribute to Tom Stoppard's "Arcadia" and Milorad Pavic's "Dictionary of the Khazars". Therefore, enigma apart, this story has little in common with Dan Brown's "The Da Vinci Code". Intermingling the fabric of time past and present, "The Khazar Codex" weaves artistic, decryption, literary, mathematical, religious and theatrical threads into a variegated, thought-provoking tapestry. In the course of questioning scriptural dogma, the novel raises the issue of peaceful coexistence between Israelis and Palestinians based on mutually acknowledged statehood rights.

GF and his artist wife, Tamara, winter regularly on Florida's Gulf Coast in a condo decorated by, Mike Bryant, a gifted young painter who worked a tad more famously on the first of the "Matrix Trilogy" movies. Their joint interests include: tennis, played according to their own rules, including triangular threesomes on a rotating basis (no, don't get the wrong idea); exploring Florida's nature preserves as well as, farther afield, North America's magnificent national parks, and; feasting off grouper and other mouth-watering Gulf Coast seafood. As for the world of entertainment, their tastes run from Bill Maher, Al Pacino and Jack Nicholson to the movies of Woody Allen.

Published in 2014, GF's "The Man With A Charmed Life" pays indirect tribute to Alfred Hitchcock's masterpiece, "North By Northwest". The novel's accidental hero, Henry Wright is pitted against hostile forces not unlike those facing Roger Thornhill, the character in the Hitchcock movie played by Cary Grant. Uniquely featuring NASA's space shuttle, "The Man With A Charmed Life" not only transports readers above the earth but very much down to earth in California. Stalked in Disneyland, Henry Wright narrowly escapes death in Knotts Berry Farm, where fun and games become marred by bloodshed.

Published in 2015, GF's "The Khazar Codex" pays direct tribute to Tom Stoppard's "Arcadia" and to Milorad Pavic's "Dictionary of the Khazars". Therefore, enigma apart, this novel has little in common with Dan Brown's "The Da Vinci Code". Intermingling the fabric of time past and present, "The Khazar Codex" weaves artistic, decryption, literary, mathematical, religious and theatrical threads into a variegated, thought-provoking tapestry. It is a novel that questions scriptural dogma, raising, among other matters, the thorny issue of peaceful coexistence between Israelis and Palestinians. 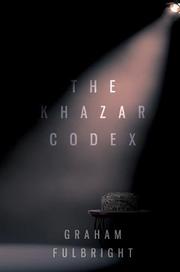 Fulbright’s (The Man with a Charmed Life, 2014) novel details a hostage situation and the mysterious information it uncovers.

When Phil Harrington and his partners decide to take hostages, their reasoning is altruistic. Calling themselves New METRO—“Because we aim to give new meaning to our city’s underground system through those five letters M, E, T, R, O: Meaningful Endeavour To Reach Out. To reach out to London’s homeless and dispossessed”—the group hatches a scheme that involves Uzis and a crowded London theater. Without spilling any blood, they successfully capture the prime minister’s son, among others in the theater. The group feels they might be on to something, despite some less than supportive press—“West End madmen tell Hastings: Help the homeless or we kill your son,” one headline reads; “Semtex suicide sadists sabotage Stoppard,” says another—which they dismiss as “right-wing garbage.” After one of the kidnapping collaborators discovers a vault connecting to the theater, the story takes a strange turn. It’s full of invaluable art as well as a mysterious casket. Could its contents redefine history? Heavy on word count (at 600-plus pages) and wordplay—“ ‘Selling Oyster cards?’ said Devonshire. ‘Must have been where he got his pearl of a brainwave’ ” —the story features cultivated characters discussing sophisticated subjects. “Whatever you may care to believe to the contrary,” a hostage says, “a smutty 20th century magazine purveying toilet-door plautitudes (sic) is not the ideal source for glosses to Gibbon’s Decline and Fall.” With mentions of everything from Kramskoi’s Christ in the Wilderness to Goethe’s Faust to the Septuagint, the frequent dialogue is dense with cultural references and educated assertions, often with a lighthearted touch. The value of such references relies largely on the reader’s tolerance for remarks such as “Methinks he was flatulent. Difficult to dazzle students with the square on your hypotenuse, while you’re producing fragrant ellipses from your anus.” 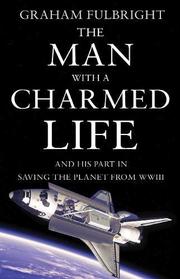 THE MAN WITH A CHARMED LIFE

In Fulbright’s (Driving Mad, 2014) thriller, the real threat during the Cold War in the 1980s is the French president, who claims to have a weapon capable of shifting the balance of global power.

Henry Wright, an Englishman working in Brussels, is recruited by a secret U.S. intelligence agency. Henry is employed as an interpreter, a relatively painless job, but distrust within the states puts the man in peril. John Heldring, head of IBIS, a commodities-trading group that’s really a front for the Pentagon and State Department’s covert operations, for one, thinks Henry is a Pentagon spy and goes gunning for him. Superpowers America and the USSR, meanwhile, are understandably nervous when Henri Fouquet, France’s president, announces that French scientists have created bombs that can generate a devastating electromagnetic pulse. Mark Tollworth, a man from the Foundation for the Rescue and Restitution of Collected Objets d’Art, promises Henry a safe return to Brussels and a $250,000 paycheck if he simply delivers a message to Fouquet. The fascinating titular protagonist is the antithesis of a typical literary hero: he is seemingly unqualified for counterintelligence (agents erroneously suspect him of espionage), and he avoids the majority of gunfire, as Henry himself admits, by sheer luck. He’s also habitually contentious, mocking American slang and complaining about the tea at Starbucks. Fortunately, the story is rife with characters even more absorbing than Henry, especially Clem Haight, who essentially becomes one of Henry’s bodyguards, and former KGB assassin (and knife-throwing circus performer) Dmitri Zhukhovsky. The intelligent prose and sporadic (but welcome) action sequences are too often sidelined by incidental scenes; e.g., Henry and others have a trivial discussion of his name’s origin. But the characters’ delightfully ambiguous motives and backgrounds make distinguishing good or bad guys a near impossibility, giving the story an atmosphere of perennial unease. Not everyone is as good at steering clear of bullets as Henry, so the novel loses a few characters before it’s over. The author likewise leaves the ending wide open for a potential sequel.

Henry is indelible, and Fulbright smartly surrounds him with equally memorable characters in this exceptional outing.

The Man With A Charmed Life

The War of the End of the World

An eye-opening compilation of eccentricities, misdemeanours and more serious offences known to bring fellow road users close to despair, tears - even road rage. Illustrated with select US and European road signs, some more bizarre than others, this entertaining compendium takes the reader on a wild journey through a maze of traffic circles, junctions and parking lots via devious twists and turns foreign to the Highway Code.
Published: Feb. 28, 2014
ISBN: 978 1783062 584