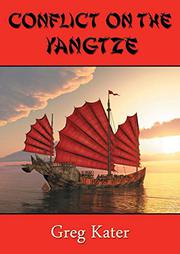 CONFLICT ON THE YANGTZE

Kater (Skills of the Warramunga, 2018, etc.) pits his Australian investigators against a Chinese opium cartel in this fourth entry in his historical espionage series.

In 1946, when an MI6 agent is shot in a poppy field in China and then vanishes, British Col. John Cook asks the two best agents of the Commonwealth Investigation Service’s Australian branch—Jamie Munro and Jack “Jacko” O’Brien—to find the missing operative and destroy an opium processing plant. According to MI6, the drugs are being transported down the Yangtze River and later sent “to the USA, the Philippines and Australia.” Munro and O’Brien are dispatched to Manila, where they meet up with American Office of Strategic Services chief Harry Williams, an old ally. They travel to Shanghai, where they meet Lee Drake, an MI6 agent who served in China and was the only witness to the missing agent’s shooting. Postwar China is hardly at peace, as the embattled forces of Chiang Kai-shek vie with the rebellious soldiers of the Chinese Communist Party; in addition, government-empowered smugglers and localized criminal gangs run amok. The CIS agents must travel up the Yangtze River in a small boat and sail deep into unfriendly territory, and what they find will lead them unexpectedly back home. Throughout this installment, Kater’s prose evokes the story’s time and place with specificity and color: “Red Brandon had desperately continued his search for the hatless man in a GI uniform whom he had first sighted in company with Roddy’s dog, Zhiming. He was accompanied by eight of the Chinese militia, only known to him as the Black Minbing.” The author once again proves to be adept at using his characters’ adventures to explore the minutiae of various countries in Asia and Oceania after World War II. That said, he always brings the action back to Australia, which fans may find a bit too predictable. The novel’s particular brand of Anglophilic nostalgia will not be every reader’s cup of tea, but those who enjoyed the previous books in the series will surely appreciate this newest one.

An entertaining addition to the canon of colonial, upriver journeys. 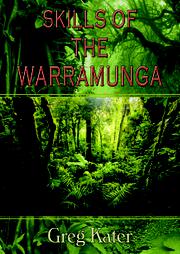 SKILLS OF THE WARRAMUNGA

In this last installment of a trilogy, two Commonwealth Investigation Service agents embark on a rescue mission in the jungles of British Malaya.

White Australian Jamie Munro and his friend Jacko O’Brien, a half-Aborigine tracker, hunted German spies through the streets of Cairo during World War II. Now, in 1946, they are still partners, heading up the CIS’s Darwin office in the Northern Territory of Australia. When their former commanding officer, Col. Johnny Cook (now an MI6 agent), is kidnapped in the jungles of the Malayan Peninsula, the old friends set out to save him, teaming up with Jacko’s half sister, Sarah Nangala, a full-blooded Warramunga tracker of exceptional skill: “Jacko had always said that his sister could track an ant up a stringybark tree. Jamie smiled. He had seen Sarah in action and could well believe Jacko’s boast.” They arrive in the midst of a crime spree that has affected the local tin mining industry, complete with robberies, murders, and missing suspects. It seems that Cook’s disappearance is related to the recent unrest, as the kidnappers mistook him for their real target, Col. Samuel Martin, a high-ranking British official affiliated with the newly formed Malayan Union. The Australians manage to locate Cook relatively quickly but must still contend with a potential political crisis threatening to destabilize British Malaya. With Fascists and Communists both vying for power, it’s up to this trio of Aussies to keep the country from sliding into total anarchy. Kater’s (The Warramunga’s Aftermath of War, 2018, etc.) prose is taut and efficient, never losing the sense of decorum that his British officers embody: “He knocked on the outside door, which was opened to him. They drove the trucks in, and his men unloaded them and stacked the firearms and ammunition inside the warehouse. They then left the trucks inside, farewelled one another and dispersed to various parts of the city.” The book works well as a stand-alone novel while still providing a satisfying final act for the trilogy. Readers should become quite fond of the characters—particularly Jacko and Sarah—over the course of the series, and the author sees them off with suitable panache.

An enjoyable adventure set during the era of late British colonialism. 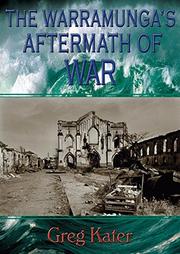 THE WARRAMUNGA'S AFTERMATH OF WAR

A sequel chronicles the continuing adventures of two Australian intelligence officers in the postwar Pacific.

After their counterespionage duties in North Africa and subsequent work back in Australia to bring a murderous gang to justice, white officer Jamie Munro and his partner, the excellent tracker of half-Aboriginal descent Jacko O’Brien, are hoping that the remainder of their time with the Commonwealth Investigation Service will be a little quieter. Not so. When reports of a stranded ship reach them during Christmas lunch at the Hotel Darwin, the duo goes out to lend a hand. Approaching the storm-tossed ship, Jamie spots something in the waves: “As they came alongside the object, it appeared to be a small human body. They hauled the body into the cutter using a gaff and saw that it was indeed the body of a small boy.” Even more disturbingly, another child is found in the hull of the ship, this one alive but very scared. It seems that the vessel is trafficking children, though for what purpose Jamie and Jacko must investigate. The case brings them to the Philippines, where the destruction wrought by World War II has left thousands of orphans easy prey for predators and kidnappers. In their quest to find out who is buying these children, the CIS officers will probe deeper than perhaps is wise—especially when it provokes the kidnappers into taking one of their own. In this second installment of a trilogy, Kater’s (The Warramunga’s War, 2018) prose is reliably sharp and gripping, particularly when describing the devastation of the war: “They drew closer to the port area, where most of the buildings had been reduced to rubble and were covered in weeds, while those still standing were empty and badly damaged. The ground was heavily potholed and most trees seemed to have been cut to shreds.” This work feels more confident than the author’s previous Warramunga effort, and hews more closely to a traditional plot structure. The milieu is captivating and the characters are likable, which, when coupled with a perfectly serviceable crime story involving a shadowy syndicate, make for a pleasing bit of escapism.

A colorful and engrossing thriller set in Australia and the Philippines.

The Warramunga’s War is a sweeping historical fiction narrative of the friendship that forms between a young Australian army officer, Jamie Munro, and an educated half-caste Warramunga aboriginal NCO, Jack ‘Jacko’ O’Brien, brought together during the Syrian campaign against the Vichy French in the Second World War. They later become involved in intelligence, fighting spies and criminals in Cairo. Following the end of the war, Jamie and Jacko are again involved in tracking down a vicious gang through the historical post-war landscape of northern Australia. The principal fictional characters interact with actual historical figures and events throughout the story.
Published: Jan. 12, 2018
ISBN: 978-0648160748