Hana da Yumiko, born into a poor, rural family, grew up hearing her family’s stories. Taking that legacy for granted, she believed she could cultivate her dreams, bringing them to fruition by obtaining an education. This book forms her grateful homage to the legacy of freedom she inherited.
Hana's mother says, "At the age 7, girls were separated in school and our classes were to be a goodwife. Majority of girls had to leave school at the age 12."

She graduated from Nanzan University, established by Societas Verbi Divini in 1875, Nagoya, Japan.

“Spanning nearly 60 years, this work of historical fiction chronicles the multitude of cultural changes in Japan after World War II from the perspective of a conflicted family of three.”
– Kirkus Reviews 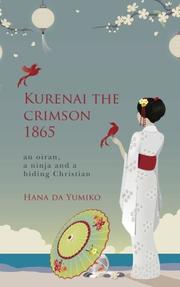 A Christian, an outcast ninja, and a courtesan—outsiders in late samurai-era Nagasaki—seek new life in this historical novella.

By 1865, Christianity has spread to Japan in small pockets, and Rutu keeps the faith in secret as she searches for her sister Suzu, who has become an oiran, a kind of courtesan-entertainer. Meanwhile, Suzu’s hymns inspire her compatriot Kurenai and remind her of Naomi, an early mentor; but the songs and prayers aren’t quite enough to distract Kurenai from her woeful life in the brothel. Finally, the teenage boy Jin, an escaped ninja from a nearby region, ends up in Rutu’s care after washing up on Nagasaki’s shore. It’s Jin who later saves Kurenai from the bandits who attack her “litter” and murder Kanayama, the man who bought her for company. Once the three unite—Suzu’s plot takes her to another island and a happy ending—they begin a journey down dangerous roads in search of Jin’s mother. Yumiko’s (Isolated Connected Kyu-shu Island, 2013) handling of this three-pronged plot is sometimes effective and swift, jumping from scene to scene at just the right moments. However, many of the novella’s scenes are too brief, and the lengthy gaps of time between scenes often make for confusing storytelling. Yumiko shows off solid research, which enables her to effectively narrate a unique historical moment. Yet the result is a flat read due to repeated failures to allow readers to come to their own conclusions: “Rutu and Jin sensed that they were different, yet they were both minorities.” Still, Yumiko’s strong grasp of setting and plot suggests plenty of potential for future works.

Needs more flesh on its bones, though extensive research and complex plots are signs of good things to come. 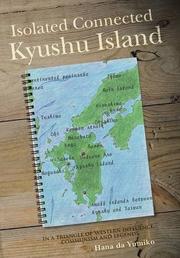 Spanning nearly 60 years, this work of historical fiction chronicles the multitude of cultural changes in Japan after World War II from the perspective of a conflicted family of three.

Labeled a “half-fiction” by its author, Yumiko’s debut takes place in postwar Japan, depicting a once-militaristic country rushing toward Western modernization. Hisaharu and his wife, Misao, (based on the author’s own parents) face great hardship in this new, ever shifting culture, both having grown up in small villages before the fall of Japan’s militarism in which their own ancestors’ histories had only begun to transform into legends. They have one child, a reserved girl named Jericho, and the family finds itself regularly uprooted by Hisaharu’s poorly paying position in Japan’s new, stigmatized Defense Force. Paralleling the family, Japan itself remains unsettled, with communism spreading rapidly among its neighbors while Western ideas conflicting with the shriveling tenants of traditional lifestyle begin to alter views on religion, agriculture, and the roles of women in this new society. The novel deftly limns its protagonist; though Hisaharu’s life is used as the story’s framing device, it still portrays him realistically—a thoughtful but not unimpeachable devourer of books with a work ethic cultivated from traditional thinking. Misao is also tied to the past. Her upbringing during wartime grants her spirit and inner strength while at the same time limiting her ability to adjust to new times. And when her parents’ stubbornness gets somewhat tiresome, Jericho subtly changes tack. Even characters who appear fleetingly—an ill-prepared American missionary, a sexually broken classmate, a disheveled teacher, and so many more—both accentuate and stand separate from Japanese history. Those unfamiliar with postwar Japan will find the story approachable and informative with its engaging core centered on the difficulties of raising a child in a changing world.

An impressive use of one family to intimately portray the history of social and cultural changes over three generations.

The winners, the Allied forces, didn’t kill and didn’t touch women, at least not in that area. Some American soldiers gave canned foods to the losers who were trying to commit suicide. P29

They will soar on wings like eagles; they will run and not grow weary, they will walk and not be faint.