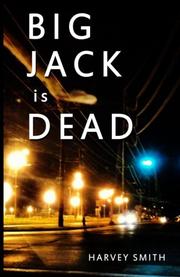 A hellacious father retains his grip on his son’s psyche even after death in this darkly brilliant debut novel.

Jack Hickman Jr. has carved out a niche in affluent, anomic Sunnyvale, Calif., developing team-building software. It’s as close to real human engagement as his free-floating alienation (and violent fantasies) will allow. He’s called back to the wasteland of Lowfield, Texas, where he grew up, after his father, Big Jack, kills himself, and he weathers agonizing encounters with his mother and brother, both zoned-out drug addicts, and his stepmother, an officious woman who upbraids him for his callow misanthropy. The story of his bleak odyssey is interspersed with scenes from his even bleaker boyhood under his father’s thumb. Big Jack was a titan of runty, redneck rage, a welder who compensated for his small stature and smaller prospects with an explosive temper, caustic sarcasm and guns; he also had a knack for cruelly twisting the insecurities of anyone weaker than him, including his children, his wife and his many girlfriends. Smith uses acid-etched scenes of abuse, pervaded with menace and humiliation, to create a disturbing study of domestic terror at its most intimate. Yet Big Jack is punishingly human, a link in the great chain of threat and belittlement that is working-class masculinity; his impulses toward charity and beauty yield only baffling pain and squalor. Smith brings his magnetic characters to life with penetrating psychological insight, pitch-perfect dialogue and subtly evocative imagery, and he sets them in a sharply observed panorama of the industrial Gulf Coast, with its trash-strewn ditches, fire-ant mounds and moldy trailer courts. It’s a “concrete and salt-grass landscape under rust skies made of pipes and catwalks,” harboring a life that amounts to “a great nothingness…a hissing television on a dead station.” Smith’s tale is a riveting update of Southern gothic themes, told with dead-on realism and raw intensity.

A powerful family saga by a writer with talent to burn.