Hedley G. Rees holds a degree in production engineering from the University of Wales and an executive MBA from the Cranfield University School of Management.

A zealous advocate of regulatory modernization frameworks, Rees served as cochair of the annual FDA/Xavier University-sponsored PharmaLink Conference in Cincinnati from 2010 to 2014. He regularly speaks at international conferences and hosts podcasts and webinars.

“This is not an empty diatribe—it is a necessary wake-up call for an industry apparently blinded by profit.”
– Kirkus Reviews 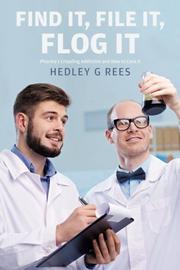 Find It, File It, Flog It

British pharmaceutical industry consultant Rees (Supply Chain Management in the Drug Industry, 2011) takes aim at the fundamental manner in which drug companies do business in a book that calls for nothing less than a massive overhaul. Tracing big pharma’s emphasis on blockbuster drugs to an early 1980s marketing war between two stomach-ulcer drug brands, the author demonstrates that patents have continued to drive drug companies’ business strategies today. Their approach, Rees writes, has “involved finding a promising patented compound (Find It), placing it into a development pipeline intended for regulatory approval to market (File It), and then marketing the approved product with the utmost verve and vigor (Flog It).” The book delves into exactly how pharmaceutical companies operate (it is quite similar in Europe and the United States), exploring the inner workings of the industry via text and diagrams. One of the more remarkable aspects exposed is the fact that big pharma companies “have little or nothing to do with operations in the distribution network”; in fact, only three distributors in the United States control about 80 percent of the market. This, according to the author, is typical of big pharma: “Today, hardly anything hasn’t been outsourced to some extent.” Of larger consequence is the fact that the failure rate in drug development remains so high: “For every 250 compounds that enter the development pipeline, 249 fail to reach their destinations.” Unfortunately, the solution to this pervasive malaise is “to adopt a totally different approach toward product development,” Rees writes. This is perhaps where the greatest strength of this deft volume emerges. In addition to his own suggestions for change (including recommending that regulators require “companies to obtain licenses to develop drugs beyond the prototype phase” and “postmortems on all failed drugs to establish what went wrong”), the author makes extensive use of interviews he conducted with numerous professionals, offering their input as expert witness statements. This technique immediately legitimizes the author’s perspective and makes the book far more powerful than if it were written in his voice alone. This is not an empty diatribe—it is a necessary wake-up call for an industry apparently blinded by profit.

Help drug developers bridge the valley of death, if they let me....

"All we are doing is looking at the time line from the moment the customer gives us an order to the point where we collect the cash. And we are reducing that time line by removing the non-value-added wastes" Taiichi Ohno, 1988, from 'The Toyota Way'

5 handicap golfer as a junior

This book bridges the gap between practitioners of supply-chain management and pharmaceutical industry experts. It aims to help both these groups understand the different worlds they live in and how to jointly contribute to meaningful improvements in supply-chains within the globally important pharmaceutical sector. Scientific and technical staff must work closely with supply-chain practitioners and other relevant parties to help secure responsive, cost effective and risk mitigated supply chains to compete on a world stage. This should not wait until a drug has been registered, but should start as early as possible in the development process and before registration or clinical trials. The author suggests that CMC (chemistry manufacturing controls) drug development must reset the line of sight – from supply of drug to the clinic and gaining a registration, to the building of a patient value stream. Capable processes and suppliers, streamlined logistics, flexible plant and equipment, shorter cycle times, effective flow of information and reduced waste. All these factors can and should be addressed at the CMC development stage.
Published: Feb. 22, 2011
ISBN: 9780470555170