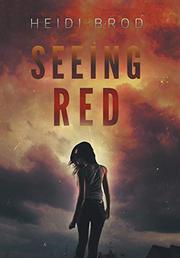 In this debut thriller, a woman still tormented by a brutal attack years ago endures a volatile marriage and the unnerving feeling that someone’s stalking her.

Seraphina Swift’s six-year marriage is crumbling. Though she and her husband, Harper, have a baby girl, Sky, there’s definite hostility between the two. This is partly due to Seraphina’s belief that a shadowy figure is watching and following her. With no actual proof, Harper writes it off as paranoia. She’s further plagued by night terrors, stemming from her rape while at Harvard; she blacked out that night and can remember only pieces of it, including evidently killing her assailant with a broken bottle. Soon after her attack, a body washed ashore in Boston, an unsolved murder Seraphina surmises is connected to her assault. In present day, Harper, an investigator with the district attorney’s office, is working the murder of Brooke Beck, who had apparently been looking into the media-dubbed Renaissance Killer from Boston. Seraphina, meanwhile, thinks Harper’s having an affair and is shocked when he becomes a suspect in another murder. Certain her pursuer is behind it, Seraphina hones her strength and instincts so she can confront her fears—with fists and a gun. Brod’s novel is decidedly gloomy: both Seraphina and Harper are initially unlikable, each blaming the other for their fractured relationship. But details of her assault, as well as two unnerving pasts (involving dubious parents), should earn them readers’ empathy. They’re likewise as gripping as the ongoing investigation: it’s unclear whether Seraphina’s stalker is real or if Harper’s truly capable of murder. This is reflected in Brod’s vivid descriptions, particularly the passages revealing Seraphina’s perspective, which could reflect either despair or delusion: “I triple lock the doors and go through my ritual, closing the shades, locking out the monsters that live mostly in my mind.” Suitably, the largely resolved ending leaves quite a few questions unanswered.

Deftly probes a serial-killer case and the equally puzzling lives of a troubled couple.