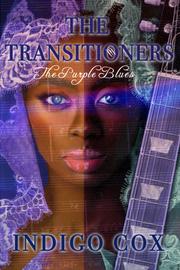 Cox’s (Native Girl Rites, 2017) brief fantasy novel tells the story of a magical young woman locked in an eternal war against the forces of hate.

In New York City in 1972, 20-something African-American student Misty is attending the Girard music school, taking part in its doctoral program. But she has a unique ability that only her mother and uncle know about: When she strums her old blue guitar, she’s able to change her outward appearance from that of a black woman to a white one. This comes in handy at a school where racism remains rampant, particularly in the classroom of intolerant Professor Krinch. At night, she has dreams in which she transforms into a magical beast to do battle with a shape-shifting demon, Schizm, the incarnation of hate. In her waking life, she begins a relationship with Justin, a white student who knows her as both Misty and as her white alter ego, “Cynthia Berns”—although he doesn’t realize that they’re the same person. As Misty’s dreams become more intense, she learns that the source of her powers is her purple blood—which is also evidence that she’s a demigod. While drawing on the help of other demigods that reveal themselves to her, she must use her powers to defeat Schizm before he can enslave the world. Cox writes in an energetic style that gives scenes a sense of lively urgency. For example, at one point, Misty dreams of taking the form of a giant wolf: “Before devouring her prey, she leaped to catch the other buck who had gotten a huge head start already….Two swift leaps and she was on his tail….She reached out with her large paw and slashed him in two.” The choice to combine elements of fantasy and with the topic of American racial dynamics in the ’70s is an intriguing one, and the overall premise does hold a lot of promise. However, the novel also relies heavily on familiar genre tropes, such as Misty’s status as “the chosen one,” and convenient occurrences that may strain readers’ credulity.

An ambitious but lightweight fantasy that grapples with issues of racism and identity.