Joseph Kazden was born in Brooklyn NY and came of age during the tumultuous late sixties and seventies. Having been encouraged to study the sciences, at which he excelled, his undergraduate years led him from Mathematics, to Physics, to Chemistry, and finally Psychology. But he found some important and vital elements missing from these studies and this propelled him to seek knowledge beyond the formal university setting.
He delved into the disciplines of Yoga, Martial arts, Tai Chi Chuan, Zen Buddhism, Taoism, Hinduism, First Nations and non-western native cultures as well as the study of altered states. Through “experiental” learning he was able to access education and knowledge that revealed the structure and workings of the human psyche itself.
Two ideas drove his search and both are best described by Albert Einstein quotes. “Reality is merely an illusion, albeit a very persistent one,” and “I want to know god’s thoughts, the rest are mere details.” It was in combining the great gifts of western civilization with the wisdom of the ancient eastern civilizations and indigenous cultures that finally led him to become a writer. The core question upon which he dwells can only be asked by conscious observers, “What is actually real and what is illusory?”

“The author’s use of Socratic questioning proves to be a gentle introduction to complex ideas,...The arguments are dazzlingly convincing,...brilliantly daring piece of work...A learned, bold journey to the limits of human perception and beyond.”
– Kirkus Reviews 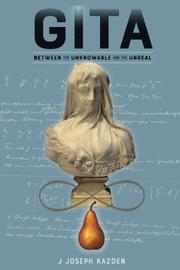 Kazden’s (TotIs, 2015) novel imagines a conversation between a Greek philosopher and a self-doubting military leader.

In his previous novel, the author brought together great minds from past eras, including Socrates, Albert Einstein, and Leonardo da Vinci, to debate various concepts of truth and time. In this follow-up, he proposes two new definitions of reality: “totIs reality,” which is the one, true “prime reality,” and “antIs reality,” which is the individualistic interpretation of “totIs,” fabricated by our biosensory systems. Socrates returns to counsel a respected, fearless warrior named Gita, who’s the commanding general of an unnamed city that’s preparing for war. The opposing force is led by Gita’s uncle, Prince Fidi, and her cousins, Chatapodi and Kavouras. Gita’s fortitude is challenged by the prospect of spilling family members’ blood, causing her to reach out to Socrates for guidance. Her conversations with the philosopher span the length of the novel, drawing on wisdom from the Hindu scripture, the Bhagavad-Gita (after which Gita was named); the Chinese religious and philosophical text, the Tao Te Ching; and modern physics. The novel charts Gita’s journey toward a revelatory understanding of “totIs” and, in turn, a deeper conception of the world around her. Once again, Kazden demonstrates a rare ability to describe complex concepts with clarity and precision. He uses the character of Socrates to gently impart these ideas to readers: “Hot and cold are experiences of reality that are sensory driven, as are red and blue, happy and sad, near and far, before and after. All of our experiences of reality, in absolute terms, are sensory driven.” Kazden further embellishes the unique depiction of reality from his first novel with a specific emphasis on how “antIs” is a form of bondage, keeping people from the “freedom” and “truth” of “totIs.” The result is a thought-provoking intellectual journey that will encourage readers to reassess their own places in the universe. 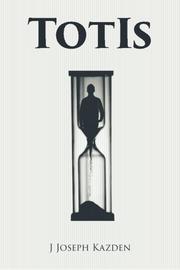 Kazden offers a mind-expanding debut novel about a symposium examining the core concepts of the universe.

Imagine if great minds from across the ages could congregate in one room to discuss their understandings of time and reality. In this ambitious work, Socrates, Leonardo da Vinci, Albert Einstein, and Stephen Hawking, among others, come together to do just that. To befit the nature of the symposium as a great Hellenic institution, the author gives each of the characters Greek names. Einstein is called “Miapetra,” meaning “one stone,” Hawking is referred to as “Geraki” or “hawk,” whereas Isaac Newton is “Neatono” or “new ton.” The men meet at Neatono’s house, where they begin a discussion about relativity theory, specifically how the past, present, and future are relative. The author’s use of Socratic questioning proves to be a gentle introduction to complex ideas, particularly for the uninitiated. Yet readers may still benefit from prior knowledge of quantum mechanics to truly grasp this discussion. The explorations of how perceptions of reality vary among individuals are particularly fascinating: “So two individuals of the same species with sensory equipment of unequal quality will experience differently the same reality, to all intents and purposes, would you agree?” The book introduces two new definitions: antIs, “the human observer’s experience of reality and the universe,” and totIs, “which defines a total reality of the universe unavailable to [a] human observer’s created antIs reality.” The arguments are dazzlingly convincing, although there’s a certain arrogance in reanimating the world’s greatest thinkers simply to have them concur with one’s main thesis. However, the book is not without a wry humor—Max Planck talks of switching to a gluten-free diet and Newton speaks of getting his cataracts removed. Purists may contest the probability of each word the author drops into the mouths of these great men, but this controversy is part and parcel of this brilliantly daring piece of work.

A learned, bold journey to the limits of human perception and beyond.