Jake Orlo lives in western Montana and jokes that he's a fly-fisher, a hiker, and sometimes a writer. He enjoys many outdoor activities with his border collie, Daisy. Jake's been writing fiction most of his adult life as a hobby. Eventually, he left the world of computers and corporate life to devote most of his time to his love of storytelling. He also claims that some of his best fiction writing was in the form of weekly accomplishments to his managers. His novels include Messed Up in Missoula, Bittersweet in the Bitterroot, and Rampage in Missoula. Orlo's Christmas novelettes include The Santa Bum, The Wolves of Christmas Eve, and The Christmas Cougar. Out before summer will be his novel A Personal Information Problem and in the fall his novel Bits and Pieces of Memories.

“Bittersweet in the Bitterroot: Murder, meth and mystery in Montana. In a word: marvelous. Revolving around a young FBI agent on her first case, this seamless fusion of thriller and police procedural is tonally comparable to Thomas Harris' iconic The Silence of the Lambs.”
– Kirkus Reviews 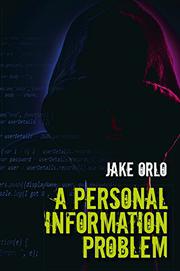 Two FBI agents’ A-team status is put to the test when they take over the hunt for a serial killer in this novel.

Elizabeth Hanson gets results. That’s why she is her FBI boss’s “go-to agent for tough cases.” Hanson is sick of the arrangement, but her partner, Bob Parks, three years out of Quantico and 11 years her junior, loves it. He refers to their alliance as the A-team, “which was starting to be a bone of contention with the other agents.” Following an arrest in an identity theft case, Hanson is put in charge of the Metro Area Serial Killer probe. All of the victims were killed at home; all of the homes were broken into; and all of the women were raped and murdered in their bedrooms. Except one, and that break in the predator’s pattern throws the A-team off its game. Orlo (Rampage in Missoula, 2016) admirably avoids some of the clichés of the crime/procedural genre that plague a female protagonist. First, Hanson is a highly regarded agent and so readers are spared scenes where she is disrespected by sexist cops. “Neither Carlson nor I have any problem working…for you, Agent Hanson,” one officer tells her. “You know that. Remember the Gomez case a couple of years ago?” Second, while Hanson is devoted to her job at the expense of a romantic life, the case does not afford her the opportunity to find a new man in her life. Third, her relationship with Parks is a mutual admiration society: “He looked up to her”; “Hanson liked Parks…he took direction from her without question.” But sentences such as “Sammy was one of those rare people whom you only meet once in a great while” suffer from redundancy. Likewise, the crackerjack opening sentence—“Special Agent Elizabeth Hanson started pushing the wheelchair with her phony dad”—loses its punch as the author keeps repeating the phrase “phony dad.” Hanson is a skilled investigator and a strong character who warrants sharper prose. In addition, a late plot development seems arbitrary, as does the personal information theme.

A serviceable thriller with decent twists and a worthy protagonist. 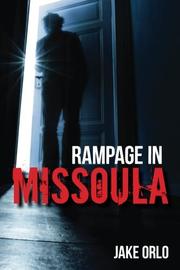 Lt. Thomas Catlin is all set for his San Diego vacation. After all, he and partner Sgt. Delores Delaney have just nabbed an elusive criminal, and because he still doesn’t know why girlfriend Suzanne Oberton isn’t speaking to him, Catlin could definitely use a break. His getaway is cut short when Suzanne calls to tell him someone gunned down Delaney at her apartment. The sergeant’s still alive but only barely, and Catlin’s determined to find her attacker. After he digs into Delaney’s cases, the lieutenant realizes that a hit was ordered, and his search widens to include both the shooter and his employer. This involves questioning a few seedy individuals. As he navigates this underworld, Catlin’s own ethics begin to crumble; he punches a man at the police station when his lawyer’s out of the room. Not surprisingly, it isn’t long before the bad guys target him, too. Orlo rarely misses an opportunity to inject action into his plotlines. The novel opens with Catlin and Delaney at the hotel room of a sure-to-be-armed suspect, and even scenes without baddies or guns are frantic, such as Catlin getting from California back to Missoula as quickly as possible. Though Catlin’s method of investigation entails too much machismo, this mystery is delightfully enigmatic. Technology plays a significant role; Catlin often relies on “gadget geek” Matthew. Unfortunately, tech-relevant descriptions are either off-kilter or superfluous: Catlin, in a return text, “poked into the reply space,” while Matthew later tells the cop how to play a DVD (“Just stick it in your disk drive, and it’ll start to play”).

An absorbing investigation energizes both the plot and the tough-guy lead. 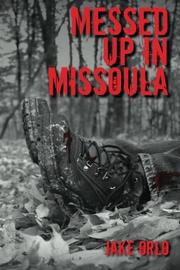 MESSED UP IN MISSOULA

Mikey, Benny and Mary are three friends who were raised in the same trailer park in similarly broken families. Their parents were alcoholics, prostitutes or completely absent. During high school, in order to make enough money to survive, Mikey and Benny trafficked drugs for a local kingpin, Tony Richards. When it came time to graduate, Mikey and Benny joined the Marines, while Mary, only 16 at the time, was forced to marry Tony to escape her abusive home. As the novel begins, Benny and Mikey return to Missoula to kill Tony and escape with Mary; they have a plan to start a farm together in Canada. The two former Marines succeed in killing Tony, along with his primary associates, which puts Missoula Police Detective Thomas Catlin and his partner, Sgt. Delores Delaney, on their trail. Thomas Catlin leads a fairly solitary life, but the intricacies of his personality are revealed methodically, and rewardingly, throughout the story. Mary eventually manages to earn Catlin’s sympathy, and she offers him a book containing all of Tony’s criminal contacts in exchange for leniency in his pursuit. Unfortunately, nothing goes according to plan, as Tony’s book provokes attacks from unknown entities. The author describes Mikey, Benny and Mary in ways that are clearly meant to elicit empathy from the reader, and in many ways, it feels justified. The novel’s isolated Montana setting and the trailer-park backgrounds of the main characters give the novel a grim realism. Mikey’s, Benny’s and Mary’s dispassionate attitudes toward murder, however, may be too off-putting for readers to see them as sympathetic victims enacting justice. Readers may also find that the story offers relatively few dramatic twists, and its conclusion seems a bit rushed and inconsequential, despite the well-developed characters. 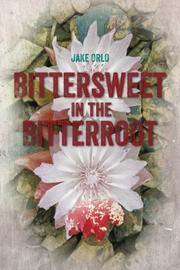 BITTERSWEET IN THE BITTERROOT

Revolving around a young FBI agent on her first case, this seamless fusion of thriller and police procedural is tonally comparable to Thomas Harris’ iconic The Silence of the Lambs.

Set largely in and around the breathtaking Bitterroot Mountains in Montana, the story begins with fledgling FBI agent Maria Hernandez investigating the murder of a girl whose corpse was found off a hiking trail in the mountains. The local sheriff’s main suspect is the man who found the body, Joseph Deerling, the editor of a local weekly news journal. Deerling has had numerous run-ins with the law, but Hernandez quickly realizes that Deerling is not the murderer. In fact, when it is reported that another teenage girl has gone missing in the same area, Deerling and Hernandez join forces to find the killer’s lair, which Deerling believes may be located in a virtually inaccessible area in the mountains. The collaboration pays off, and after a brief gunfight in which Hernandez is shot, the abductor is killed and the girl is saved. The media gets wind of the story, and soon, the heroic Hernandez has become “the new ‘Poster Child’ of the FBI.” But while she is in the hospital recovering, someone attempts to murder Deerling. The young FBI agent quickly realizes that finding and stopping the serial killer isn’t the end of the case but the very beginning. Although this novel is powered by a cast of credible characters, brisk pacing and an impressively intricate storyline, Hernandez’s penchant for soliloquies is slightly annoying; her romantic connection to Deerling also feels contrived. But Hernandez—like Harris’ Clarice Starling—is a deeply intriguing and endearing protagonist who, according to the author, will return in a future novel.

Murder, meth and mystery in Montana. In a word: marvelous.