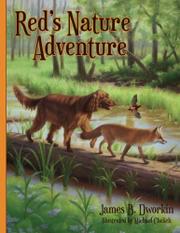 A lovable canine gets lost in the woods in this sequel from the team of Dworkin and Chelich (The Dog and the Jet Ski, 2016, etc.).

An Irish setter named Red is off on a hike with two friends, Colin and Kenny (one boy is white; the other is black). When Red chases a chipmunk off the trail, he gets separated from the boys. Luckily, an oriole offers to show him around the woods. Discovering that Red is hungry, the bird introduces him to a fox, who guides the dog through the wetlands, where they see more wildlife. Red takes directions through the prairie (meeting more creatures) back to the woods, where he begs for a sandwich from two young hikers. Kenny and Colin haven’t abandoned Red; they’re just collecting their canoe to get a better view of the landscape. Finally, the dog and the boys are reunited. Red’s dialogue with the animals dilutes the realism here. But the gorgeous photorealistic paintings, suitable for a naturalist’s guidebook, keep the story grounded. Some challenging vocabulary, including creature names and terms such as “quench” and “obedient,” makes this well-suited to independent readers in first through third grades. And the detailed pictures and measured pace will likely keep lap readers interested in Red’s escapades.

Glorious images, a low-risk adventure, and a passion for nature should inspire readers to visit their local wildlife preserves. 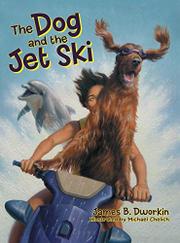 The Dog and the Jet Ski

An Irish setter’s ocean mishap turns into a rescue by a dolphin and a lifeguard in this second children’s book series installment by author Dworkin and illustrator Chelich (The Dog and the Dolphin, 2014).

Red, who made friends with a dolphin in his previous adventure, is excited to go on a boat ride with his young owners, Henry and Theo. But when a storm kicks up, the journey back to shore becomes frightening—and then Red falls overboard. Luckily, Sophia, a lifeguard, is watching from shore, and she hops on her Jet Ski to rescue Red. And she’s not the only one on the way: Red’s dolphin friend aims to save the day as well. Young readers will love the idea of the dolphin giving Red a lift so that Sophia can raise him easily from the water. As she drives back to shore, beachgoers are entranced by what initially appears to be a dog driving the Jet Ski. One of the onlookers takes a photo, using his smartphone, before the dog’s owners reunite with him. The threat of the storm fades too quickly for it to feel as treacherous as it should, but the humorous situation of the dog on the Jet Ski will be comforting for young readers who prefer a less intense tale. Dworkin uses easily accessible vocabulary at a pace that will keep pre-K and kindergarten-age lap readers engaged, and he provides only a few challenges for independent readers in first through third grades  (with words such as “struggling,” “churning,” and “bewildered”). Chelich’s realistic, painted illustrations will delight children, especially those that depict a dog wearing goggles. The diversity of the beachgoers is an especially nice touch, and Sophia makes an inspiring hero. Along with the dog and dolphin, many other photorealistic animals appear in frameworthy illustrations, including a sea turtle, an octopus, a crab, and numerous fish and seabirds.

A crowd-pleasing, comical adventure with only brief moments of danger, told in child-friendly prose and accompanied by gorgeous images. 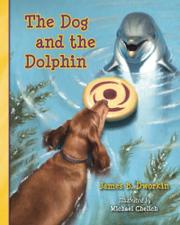 THE DOG AND THE DOLPHIN

In this delightful children’s picture book by a veteran educator, a dog’s best friend has fins, not fur.

A lively Irish setter’s frolicsome day at the beach would be even better with a buddy to share it with. On this sunny, lazy day, silky-coated Red is on his own, nosing at seashells, chasing sea gulls and pelicans, and sailboats, small planes and the rolling waves. Red doesn’t have anyone with whom to share his fun. When he sees something leaping in and out of the waves, he’s intrigued—as young readers will be when they turn the next few pages and consider the author’s teasing possibilities, vividly illustrated by Chelich: “A swimmer?” “A shark or swordfish?” “A sea monster?” No, it’s a frisky dolphin who turns out to be as curious about Red as the pup is about him. In no time, the odd couple is frolicking in the water and playing Frisbee “keep away” until the sun goes down. The two new best friends look forward to the next day so that they can do it all over again. Dworkin’s simple, uncloying language is pitch-perfect, as are the beautiful illustrations by gifted artist Chelich, who delights the eye with soft-textured, deftly observed images of animals and objects in a natural setting. Ideal for children pre-K through the third grade, this charming dog-meets-dolphin picture book finds simplicity and heart in both words and illustrations.

Simple, child-savvy language and painterly, frame-worthy illustrations that dog-loving adults will appreciate, too.

Professor of Management at Purdue University