James Bannon is an eclectic creative force, writer of screenplays, episodic television and movies. He is one of the most in-demand voice actors in Hollywood today, having worked on thousands of network and cable television dramas.

A dedicated world traveler, he is fluent in six languages. He has ventured into strange and challenging locales to satisfy his curiosity about life and people; he has experienced civil wars, revolutions, fascist regimes, communist dictatorships, as well as moments of great beauty and revelation in the distant jungles, mountains and exotic cities of our planet.

“In a word: mind-blowing.”
– Kirkus Reviews 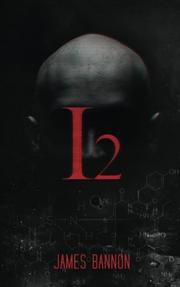 Bannon's cutting-edge science-fiction and psychological thriller revolves around a terminally ill biosoftware scientist's attempt to upload his mind into the consciousness of an unborn baby to once again be with the woman he loves.

Powered by relentless pacing and jaw-dropping plot twists throughout, Bannon's debut novel is a science-fiction thriller of the highest order—but it's ultimately a heart-rending romance and a profoundly moving exploration into the frailty and preciousness of human existence. After pioneering neuroscientist Edward Frame realizes that he only has a short time to live, he and his assistant, Samantha—a woman that he has recently realized he is madly in love with—come up with a shocking plan: to impregnate Samantha and upload Frame’s essence into her child. But something goes horribly wrong: Frame is born again as Adam into a waking nightmare. His mother is his wife, Clara, his siblings are his two children, and his new father is a ruthless company rival who has not only taken over Frame’s business, but his family as well. Thus begins a downward spiral of an existence for Adam that eventually includes foster homes, illicit sexual encounters, hard-core drug addiction, gambling, murder and, ultimately, salvation. Adam Frame, the baby born with the fully cognizant mind of Edward Frame inside of him, is a simply riveting, unforgettable character—a complex, deeply conflicted person who, as he develops into a young man, becomes “two souls in one body and still only half a man.” Bannon doesn’t pull any punches with this narrative; the character development is intense, and the sex and violence is brutal at times, but the result is an utterly readable novel that’s almost impossible to put down.

In a word: mind-blowing.