James Raney grew up all over the world, in Europe, Latin America, and Africa, leaving him with a lifelong love of adventure that escapes through his daydreams and lands on the pages of his stories. He is the author of the Jim Morgan series, including Jim Morgan and the Pirates of the Black Skull, which was a 2013 IndieFab Book of the Year Finalist. He is currently working on a new novel and visiting as many schools and bookstores in Southern California as will put up with him. James loves spinning yarns he would have howled at when he was a boy, eating sushi, strumming his guitar, and wishing he had a dog to play frisbee with on the beach.

“Raney crafts a swashbuckling adventure that’s genuinely thrilling, not only in its rapid pacing, but also in its extremely clever plotting and endlessly inventive set pieces, which mix and match historical and mythological references in a seamless mélange.”
– Kirkus Reviews 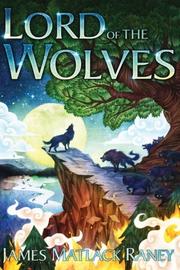 LORD OF THE WOLVES

In this middle-grade novel, a distinctive wolf pup and his siblings struggle to survive.

Wolf pup Watcher was born with a bad leg and excellent sight—not just vision, but also an ability to see things differently. Although some packs would have eliminated Three Legs, as Watcher is disparagingly called, his parents, Lord Anorak and Lady Summer, recognize his value and save his life. His littermates are a diverse group—powerful, large Orion seems destined to lead; Windy possesses an otherworldly sense of smell; Glimmer, with a dull snout, inherits enough beauty to carry her along; and Kicker, also a runt like Watcher, copes with his crippling jealousy of his two brothers. When tragedy strikes and the Lone Rock Pack, led by the evil Bone, annihilates their parents and the rest of their Gray Woods Pack, the siblings must go on the run. Still pups and supposedly hampered by Watcher’s weakness, the remainder of the Gray Woods Pack seems destined for failure. As the band encounters hazard after hazard and more misfortune in its desperate attempts to flee the malevolent Bone, Watcher realizes that the only way to save his siblings and the other wolves who have joined them is to set Orion free. And that means challenging Orion for pack leadership. Some adults may scoff at wolves as main characters, but most children love anthropomorphic books. Although Raney (Jim Morgan and the King of Thieves, 2016, etc.) delivers plenty of suspense, his tale centers on sibling love and devotion. Watcher and Kicker heal their relationship through a near tragedy, strengthening both the pack and their litter. The siblings extend their strong sense of familial loyalty to the weaker remnants of the pack, risking their own lives to prevent the loss of any cohorts. While intended for a middle-grade audience, sensitive younger readers may find much of the storyline upsetting. But those who can handle some violence and sorrow should be enriched by this heartwarming saga and hope for a sequel.

An action-packed and stirring tale of a heroic young wolf and his comrades facing a murderous pack. 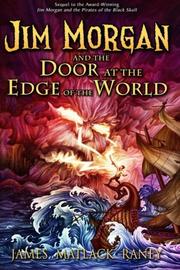 Jim Morgan and the Door at the Edge of the World

A boy-pirate hero attempts to save the world in the high-spirited conclusion to Raney’s (Jim Morgan and the Pirates of the Black Skull, 2013, etc.) middle-grade fantasy series.

Over the course of earlier installments, the orphaned Jim Morgan, currently 14, went from the lap of luxury as an English lord’s son to an adventurous life as a pirate and thief, sailing the seas on a mighty ship, the Spectre, with his friends and co-conspirators, Lacey and brothers George and Peter Ratt. In the last book, Jim came into possession of an incredibly powerful magical object, the Hunter’s Shell; it was split in two, and one half wound up in the hands of the evil Count Cromier and his son, Bartholomew. In this installment, Jim and his friends vow to destroy the Shell before the Cromiers can use it to find the golden trident known as the Treasure of the Ocean, which could doom the world if wielded by the wrong person. Their quest sets them in the path of other pirates, as well as magical creatures, such as dragons, merfolk, ogres and a devious talking cat called Janus Blacktail. The story ends by revealing secrets of Jim’s lineage that will change his life forever. Raney crafts a swashbuckling adventure that’s genuinely thrilling, not only in its rapid pacing, but also in its extremely clever plotting and endlessly inventive set pieces, which mix and match historical and mythological references in a seamless mélange. It captures the flavor of old-fashioned serials and features fleshed-out, youthful protagonists whose lives are a joy to follow. Although this tale is clearly intended to be the culmination of a three-book journey, Raney presents the material in such a way that even someone who joined the ride late won’t have any trouble following the story and, more importantly, caring about the characters and their quest. Overall, this suspenseful, engrossing novel has all the sophistication of the very best YA best-sellers.

A riotously entertaining series closer that should appeal to fantasy-loving children of all ages. 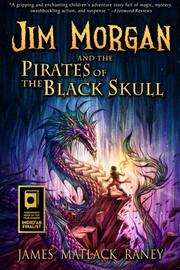 Jim Morgan and the Pirates of the Black Skull

Young Jim Morgan returns to seek a powerful talisman and retribution against a malevolent pirate in Raney’s (Jim Morgan and the King of Thieves, 2012) YA adventure sequel.

Jim and his fellow orphan tweens, Lacey and the three Ratt brothers, are elated to finally have a home when Jim’s lost estate, Morgan Manor, is finally returned to him. But when the house is destroyed, Jim wants vengeance against those responsible: Count Cromier and his vicious son, Bartholomew, who’ve also stolen a map that Jim’s father gave him. The map shows the way to the Treasure of the Ocean, a trident that gives its wielder amazing power. The book is a quick-paced pirate tale with elements that may seem derivative to some readers. However, most will enjoy the genre essentials, such as the aforementioned treasure map, mermaids—or, in this case, merpeople—and a kraken attack.  The author prudently relegates the more overt pirate traits to the elderly MacGuffy, Jim’s friend who has an eye patch and speaks in pirate-talk (“Then we’ll be seein’ ye in the mornin’ ”). Raney acknowledges but doesn’t patronize younger readers by providing understated explanations of some terminology, such as “crags” and “harpies.” (The latter are a trio of bird-women who nearly steal the novel with their comical bickering and horrifying, persistent craving for “man flesh.”) Even some rather heavy-handed symbols are nonetheless entertaining. For example, Jim carries a blackened rose stem, symbolic of his desire for revenge, that enchants and poisons him, and Cornelius, a talking raven, occasionally sits on Jim’s shoulder as the manifestation of his conscience, asking if he’s sure about his next move. The story’s images range from funny (Cornelius belly-laughing with his wings against his stomach) to unsettling (a harpy’s drool collecting on Jim’s cheek). Raney virtually guarantees a third book in this ongoing series with a cliffhanger and, earlier in the book, one character’s ominous farewell.

A YA adventure that will likely charm many readers, regardless of age. 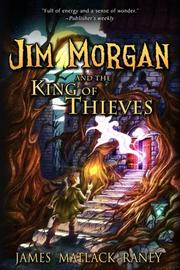 JIM MORGAN AND THE KING OF THIEVES

When 11-year-old Jim Morgan’s father is killed, he’s determined to find out why and ends up on the run in 19th-century London in Raney’s debut historical adventure novel.

Jim’s mother died when he was an infant, and his father was away at sea for much of his childhood. Jim’s aunt, who raised him, let him run amok, and he spent his days terrorizing the servants and paying little attention to his studies. His life changes the day his father comes home; by nightfall, his father is murdered, and Jim finds himself on the run from the killers. The youth ends up in the London underworld, where it’s tough to be an 11-year-old kid—let alone one with no money, no connections and a price on his head. With no one to help him, he presses on and tries to figure out how to open a box his father left him. Over the course of the novel, which also includes magic, pirates and pickpockets, Jim matures from a spoiled, friendless rich kid to a young man with friends who can count on him. The novel features strong secondary characters, including a small gang of children who adopt Jim and teach him the ways of the underworld. It also has many tense moments, as well as a strong sense of fun. Raney sets this book up to be the first of a series, and while this initial story wraps up satisfactorily, many readers will be eager to spend more time in the world Raney has created.

A rip-roaring good tale for children of all ages.

Jim Morgan and the Door at the Edge of the World: IndieFab Book of the Year Finalist, 2014

Jim Morgan and the Pirates of the Black Skull: IndieFab Book of the Year Finalist, 2013