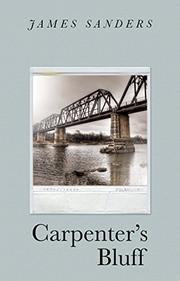 In Sanders' debut, a late-in-life coming-of-age novel, a 33-year-old lawyer tries to escape the traumatic events of his childhood.

“I’m done with the past,” says Hank Anawatty. “I don’t think the past is done with you,” Hank’s friend Daniel Rosenthal replies. Readers meet Hank in 1987, during his first and only therapy session. He’s been fired from his job at a law firm for drinking, and his girlfriendhas mysteriously disappeared. When his therapist probes him about his childhood, Hank replies, “There is no relationship between that period of my life and my current problems.” However, readers later learn that Hank’s father has a terrible temper and is overly critical; that his mother died of Pick’s disease, a degenerative brain ailment, while he was young; that his first love dumped him; and that a childhood friend drowned in front of him. Still, Hank insists, “it did not affect me.” Yet his past keeps cropping up—even in dreams—and demands a reckoning. Sanders jumps between scenes set in 1987 and scenes further in Hank’s past; the latter are told in present tense, reinforcing the idea that those long-ago days are still very present to Hank. In fact, his past concerns feel more real and pressing: what will happen to Hank’s friendships when everyone parts ways for college? Will Hank find direction in life? Will he acknowledge his mother’s illness? The 1980s sections, however, are muddled by improbable legal cases, a subplot involving missing jewelry, and references to angels and past lives, among other elements.The only thing that truly links the various sections together is Hank’s stubborn refusal to acknowledge the emotional burden he bears; much of the rest of the action feels like filler, meant to ramp up the intrigue. Although many important events are only revealed in conversation after the fact, the scenes that Sanders does depict are well-drawn and sometimes approach moments of real insight regarding guilt and suffering.

An uneven novel with a split personality, one-half of which is worthwhile. 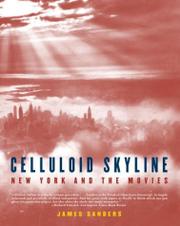 Architect Sanders, who collaborated with documentarist Ric Burns on New York: An Illustrated History (not reviewed), goes solo with this opulent tribute to Hollywood’s Big Apple.

New York, he notes, has always been incontestably “the city for Hollywood.” Yet although film production began in Astoria and Menlo Park at the turn of the last century, it was not until the 1930s, when the talkies drew Gotham writers by the score to a California diaspora, that the absent city began to assume the glamorously mythic proportions that have alternated ever since with demythologizing reports from its lower depths as location shooting has periodically returned (following the 1948 success of The Naked City) and receded (in the wake of a 1990 studio boycott of union rules and pay scales). Sanders’s true subject, in fact, is the dialectic of realism and fantasy in the creation of Hollywood’s New York. Leaping as agilely as King Kong from Metropolis to Dead End, from Holiday to Smoke, from Rear Window (“the most sophisticated and complex exploration of the movie city”) to On the Waterfront (“the most ambitious attempt ever to orchestrate the elements of an urban locale into a unified filmic setting”), and among the four filmmakers most closely associated with New York—Sidney Lumet, Woody Allen, Martin Scorsese, and Spike Lee—he observes that identifiable landmarks play a less important role in New York movies than public spaces like streets and plazas, traces the alienating influence of the International Style on The Apartment, and examines the decline of civic order in such urban-jungle thrillers as Fort Apache, the Bronx. Most readers, however, dazzled by the interspersed 330 photos, will be hard-pressed to keep their eyes on the text.

Though the World Trade Center makes only a cameo appearance here, Sanders’s valentine to New York provides a tonic reminder of the power of its mythic images to outlast their own roots in reality.