“James (Jim) Sniechowski was born into a large working-class, inner-city Polish Catholic family in Detroit. While fear and ignorance typically ruled the environment, young Jim’s imagination helped him leave home, one step at a time. By the time he graduated from college he knew he would be a professional actor—and so he was, starring and co-starring in 85 Actors Equity Association plays, and later several television shows as well. Going on to earn a PhD in Philosophy and Psychology, he teamed up with his wife Judith Sherven, PhD to provide relationship workshops, speaking around the world, and becoming the authors of seven personal and professional development books as well as five film scripts. Currently working with Judith as executive coaches for tech companies like LinkedIn and Credit Karma, Jim most recently moved into the world of what he calls “autobiographical fiction” with Worship Of Hollow Gods the first book of his Leaving Home Trilogy. A dynamic speaker and evocative writer, Jim enjoys hearing from readers that Worship Of Hollow Gods should be made into a feature film or a television series. Coming next is book two of his trilogy An Ambition To Belong. You can see the story unfolding just with the titles!”
– Kirkus Reviews 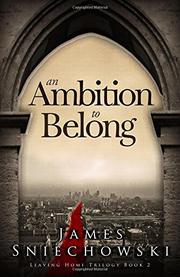 AN AMBITION TO BELONG

A teenager battles alienation in his cloistered Polish neighborhood in this sequel.

In the 1950s, a quietly pensive 13-year-old named Jim lives in a working-class neighborhood in southwest Detroit, a homogenously Polish enclave still suffocated by Old World Roman Catholicism and an antiquated peasant ethos. Jim is inducted into a street gang called the Royal Lancers—his initiation required some petty larceny as a show of courage—but he’s small, lacks confidence, and is terrorized by Donny, a senior-ranking member infamous for his brutality. Jim attends the University of Detroit High School, an aspirationally named institution run by minor Jesuit despots; his Latin teacher tortures his pupils with his “priggish preciousness.” Jim feels oppressed by the hypocrisy of the religion that haunts his life—he disdains the “pompous piety” of his cruel grandmother—and slowly moves in the direction of a “defection” from it. He’s equally pulverized by the laconic disapproval of his father and the unexpressed sadness of his mother, and seems to have joined the Royal Lancers just to have a place other than home to spend time. He becomes deeply infatuated with a girl, Rachel Levin, and his pursuit of her eventually draws him toward a violent confrontation that compels him to interrogate the anti-Semitism seared into his religion’s provincial worldview. This is the second installment of Sniechowski’s (Worship of Hollow Gods, 2014) Leaving Home Trilogy, and while there is a narrative continuity between the two novels, the first needn’t be read in order to enjoy its sequel. The writing is poetically philosophical and infused with moral gravity, although it occasionally flirts with lesson-driven didacticism: “We were all of the same stock. Humanity. And the prejudice that was part of the foundation of my family, neighborhood, church, and religion, was not merely wrong, it was weak, bloated, a defilement of both the Jews and the Slavs.” Jim’s character is deeply drawn, with his emotional turmoil cleverly captured by his inner voice that sometimes encourages and sometimes tauntingly cajoles. The author is especially talented at depicting the paradoxical mix of frustration and exhilaration that marks adolescence.

A thoughtful, meditative tale about the pain of youthful disillusionment. 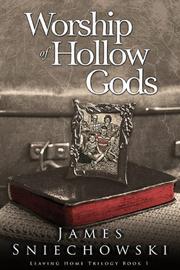 In Sniechowski's (Living Your Love Every Day, 2016, etc.) autobiographical debut novel, a young boy struggles with the dogmatic and austere religion of his Old World Polish family.

Jim is only 9 years old in 1950, and so the chaotic, alcohol-drenched weekly family gatherings at his home can be overwhelming affairs. His maternal grandparents, Anna and Antoni, immigrated to Detroit from rural Poland, by way of Ellis Island, and brought their farming-peasant ways and rigid devotion to Catholicism with them. The weekly parties are typically tempestuous and artfully rendered: rowdy, brimming with intramural rivalry and repressed emotion. They’re also full of the family’s Polish character: they live in a Polish neighborhood, worship in a Polish parish, and often speak what author James calls “Engpolsh”—a messy hybrid of English and Polish. Jim longs to win the elusive approval of his father, an emotionally distant but volatile man nicknamed “Ketchup” for the way that his face and neck redden when he’s enraged. The games they play—poker and pinochle—are only superficially playful, as they’re also the means by which the competitive family members assert their dominance. Violence also haunts these meetings; at one point, Jim’s father intervenes when a neighbor, Aleksandr, savagely strikes his own daughter. Apparently, her offense was wearing pants; throughout the book, the author powerfully depicts the group’s deeply ingrained sexism, as even the women tacitly accept the idea that men are superior. He also effectively shows how his family’s religious devotion is mixed with less spiritual elements, including pride, and how that leaves plenty of room for the vitriolic expression of racial bigotry. This is the first installment in the author’s Leaving Home Trilogy, and it’s a beautifully impressionistic novel that he describes as “autobiographical fiction.” The prose is powerfully evocative, ably capturing the bewildered isolation Jim experiences in his own home: “At nine years old, I could feel that barrenness, the draining effect of mechanical living; feel but not make sense of; feel in my body like a worm screwing itself into my every day.”

A poignant and poetic depiction of a tumultuous childhood.