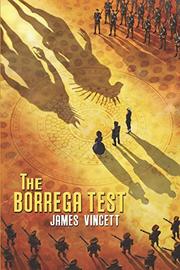 In this second installment of a sci-fi trilogy, two parties’ planned negotiations for peace set the stage for deceit and a provocation of war.

Humanity’s exploration of the stars ultimately prompted the discovery of the Hominins and their worlds as well as an agreement between the two races dubbed the Hominin Union. But it’s the Union, unfortunately, that seems intent on covering up an ancient alien artifact, 15 years after its unearthing in the 27th century. The Union’s General Intelligence Directorate has agents following surviving crew members of the USS Vitus Bering, which found the object. This includes geologist Hans Beckenbaur, who may have evidence of another relic, likely from the same ancient race. Aliens known as the Naati, meanwhile, have been conducting raids, presumably to draw out warships and steal their technology. Aware of two distinctive Naati factions (the Tolkists and the Reactionaries) and anticipating a civil war, the Union wants to negotiate peace with the less-aggressive Tolkists and secure an ally against the Reactionaries. Negotiations will take place on the world of Borrega, with the Union promising the primarily Human inhabitants that it will rebuild their devastated technological infrastructure. But the Union, wanting to annex Borrega, plans to do so however it can, even if peace talks prove unsuccessful. Others, meanwhile, aim to incite a war with the Naati, believing their defeat would be a monumental display of power for Humans. As in his preceding novel, Vincett (Hope’s Surprise, 2016, etc.) centers on a multitude of enthralling characters. Sometimes they’re mere hints, though still intriguing, such as a reference to Yathurians, genetically similar to Humans. (According to one theory, an alien civilization long ago transplanted Humans to other planets.) Villains, at the same time, are neither thinly defined nor easy to detect, be they Human or alien. Much of the plot consists of strategic maneuvering; the Directorate, for example, discusses information derived from a Naati defector. But a plethora of action abounds: Beckenbaur retrieves former Bering commander William Bandele from the planet Akaisah, blocked by an Imperial fleet; and characters’ perspectives during a telepathic Naati’s mental encroachment are invigorating as well as surreal. Like any good sci-fi series, the narrative’s reinforced by a rich, dense history, often relayed organically via dialogue. Naati Fangrik, for example, says the Unification Wars led to the first time Humans were united under a single government. He also cynically notes that anyone opposed to the move was “slaughtered” and adds his rather pointed opinion that “Humans traffic in lies, deceit, and violence.” Vincett manages to keep the subplots churning throughout (Akaisha natives resist the Union’s tyrannical rule) and injects a bit of mystery (the Naati’s inexplicable dig site on Borrega). The novel concludes with four useful appendices listing characters and rankings as well as specifics about Borrega and the relevant concept of “test of sovereignty.” 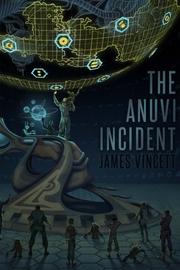 The discovery of an ancient artifact may incite an interstellar war between humans and a rancorous alien race in Vincett’s sci-fi debut.

The Snirr’s occupation of Earth ultimately drove humanity to fight back, nearly exterminating the hostile aliens. By the 27th century, Earth has formed the Hominin Union with five Hominin species populating various planets in the galaxy. The Treaty of Phoenix maintains peace between the Union and aliens called the Naati. It’s the humans’ scientific survey team, however, that disrupts the tranquility, landing on the habitable third moon of the planet Anuvi III. The team stumbles upon an ancient race’s device, but because the moon’s in the Neutral Zone, a nearby Naati vessel attacks, seeking to acquire the alien technology. Lt. Cmdr. Joshua McFinn of patrol craft HSS Talon responds to the team’s distress signal, and soon the Union’s Imperial Marines are engaged in combat against the Naati. McFinn has already managed to thwart a plot to smuggle weapons into the Neutral Zone, an attempt, as it turns out, to provoke the Naati into war. But others want the same thing, and some within the Union may be willing to kill their own to ensure that the battle on Anuvi III’s moon becomes something much worse. The novel is an ambitious tale, clearly the start of an epic series. Though McFinn’s the likely protagonist, the narrative shifts its focus among multiple characters. There’s not enough room to develop each one sufficiently, but getting some perspective on so many gives the inevitable deaths more gravity. Vincett isn’t invested in the technology; his characters still use tablets and get much of their information from smartphone-esque “pockcomps.” But details of the aliens are gloriously comprehensive, particularly the Naati, clawed creatures with red orbs for eyes and spines on the heads and backs, giving humans the oft-uttered epithet “spineys.” Specifics on the ancient alien race, too, lead to a satisfying explanation of the artifact and its intended purpose. Vincett sets the stage for a sequel, which will hopefully expand on elements such as the Snirr Wars and McFinn’s politically corrupt father.

Readers should be eager to explore the author’s futuristic world in this impressive series opener.

Life's but a walking shadow, a poor player That struts and frets his hour upon the stage And then is heard no more: it is a tale Told by an idiot, full of sound and fury, Signifying nothing.