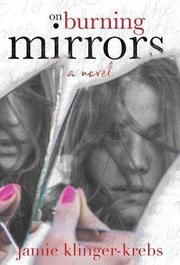 Klinger-Krebs (The Other Side of Silence, 2013) presents a novel about a tragic love triangle.

Jules Kanter and Erin Quinn are lovers in their 30s. But although the two women enjoy each other’s company, Jules is married to William, with whom she has a child. Jules also works for a major newspaper in Milwaukee, Wisconsin, and her presence in public with someone other than her spouse could be problematic for her career. The relationship ends abruptly one snowy evening, however, when Jules is killed in a car accident. Eventually, William, a recovering alcoholic, finds out about the affair and confronts Erin in the bar where she works. But the confrontation, though heated, is moot; Jules is dead, so what does William want from Erin? What had Jules wanted from her? And what does Erin, who was once a rising music star in Nashville, Tennessee, want now that she has no real reason to stay in Milwaukee? The novel considers these questions, weaving them together with the characters’ pasts to create a love triangle of flawed people making flawed decisions. The death of Jules near the beginning of the story makes for an unusual setup, though, and as readers watch William figure out that his wife was cheating on him—thanks, mostly, to information on Jules’ cellphone—any sense of tension surrounding the affair is extinguished. Instead, what pushes the story forward is the question of what those left behind will manage to do without Jules—a pressing and ultimately rewarding exploration. Klinger-Krebs succinctly portrays William’s ambivalence, in particular; after discovering his wife’s affair, William expresses, rather adroitly, that “as much as I hate her right now, I loved her one hundred times more.” Indeed, the book is at its best when it explores the mixed feelings that make relationships what they are.

What this story lacks in suspense, it makes up with an honest investigation of love and loss. 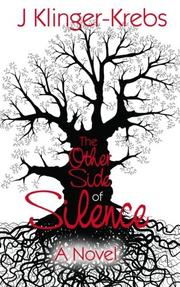 THE OTHER SIDE OF SILENCE

In this debut novel, a woman clings to life while learning her family’s legacy of witchcraft, infidelity, and secrets.

Ellie wakes up alone in a snowy field, disoriented but uninjured following a car accident. She wanders through the cold until she finds a small cabin and is welcomed inside by Grace, her dead great-grandmother. Grace was murdered by her husband in 1975 and has been waiting for Ellie and the opportunity to share a story. Though Ellie is not dead, it seems she has landed in the in-between. Grace spins the tale of her unhappy marriage and tragic demise, of the witches in their family and those who have suffered from curses and ill-intentioned magic. While Ellie struggles to make sense of her family’s unexpected past and the modern-day ramifications of these revelations, her husband, Joe McHugh, sits by her hospital bed wracked by guilt. He’s a drunk who has cheated on Ellie and denied her hopes for a baby. Joe promises to change but can only wait helplessly as his wife lies in a coma. Klinger-Krebs’ twisty narrative takes multiple paths, jumping between the past and present and the living and the dead. The author deftly shows that secrets have permeated generations of Ellie’s family, causing pain and unhappiness. Grace’s mother kept her witchcraft a secret and Grace hid both her heritage and later infidelity. Ellie’s mother and grandmother never spoke of magic. And Joe, who is keeping several secrets from his wife, let the silence fester and infect his marriage. Klinger-Krebs’ potent message that “when no one speaks about the past or the present…or even the truth…silence can become a room” is well-demonstrated through the unhappy marriages that populate the novel. There are a number of superb plotlines and intriguing characters, which make the addition of supernatural components an unnecessary diversion. The vivid story is at its best when it is grounded in the realities and messiness of living, the challenges inherent in relationships, and the difficulty of navigating daily disappointments.

A busy narrative and supernatural elements somewhat distract from this tale’s powerful underlying message to break free from the patterns of the past and embrace the future you desire.

To Kill a Mockingbird, Wild, and anything by Virginia Woolf

How wild it was to let it be.

Though my writing tends to be more on the serious side, people are surprised to find out that I'm actually pretty funny (usually).

Being a good mom (and a good human).