But her real passion is PEOPLE. She loves to watch and study what makes us tick as human beings. She's definitely a dreamer, and her favorite thing to do is weave together sublime settings and stories for characters to live and learn in ...herself included. RIVEN is her debut novel, and the first installment in the MY MYTH Trilogy.

Jane currently live in an enchanted fairy-princess castle in Dallas, Texas, with her three often-adorable children and their three seldom-adorable cats.

“A whirlwind narrative about an imaginative heroine that uses fantasy to offer salvation from abuse.”
– Kirkus Reviews 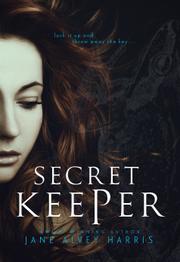 In this second installment of a trilogy, a teenager battles demons across multiple planes of reality.

Emily Alvey is the Ovate of the First Realm, able to channel both Keen (male) and Blaze (female) Fae energies. She’s also a 17-year-old girl of the Second Realm—the real world—where she was sexually abused by her father, Drake, a decade ago. After overdosing on sleeping pills near her Uncle Ian’s Northern California vineyard, Emily finds herself in a detox center. Once she recovers, she falls for her childhood friend Kaillen Raidho. Aunt Nancy also teaches her self-hypnosis techniques so she can visit the First Realm on her own. This helps when her father decides to move Emily, along with her mother and siblings, back to their home in Dallas. In the First Realm, Emily can marshal her Fae powers—with the help of her Shield Maidens—and battle Drake in the Third Realm, a place of his own creation. But the High Queen isn’t pleased with Emily for breaking the seal between realms. A plague has destroyed the Seventh Kingdom, leaving countless Fae citizens disenfranchised in hovels. Emily must find the Champion to stop Drake from taking control of her family and abusing anyone else. Following the events of her previous novel, Harris (Riven, 2016, etc.) once more brings to bear a formidable imagination as her heroine seeks healing. While there are elves, goblins, and giant spiders, this isn’t a traditional quest narrative. Concepts such as sexual consent and self-forgiveness dominate the foreground. Nancy says that the majority of abuse victims “never speak their secrets because they’re so afraid of how people will react.” Emily further learns that her “self-worth is so intertwined with being desired that sometimes I fail to distinguish between friendship and something more.” Valuable as these explorations are, Harris allows a large cast to languish while focusing on the protagonist. Emily’s emotions are kinetically realized, but characters like the High Queen and even Kaillen feel undervalued by comparison. Fans may crave less introspection and more concrete plotting in the final installment. 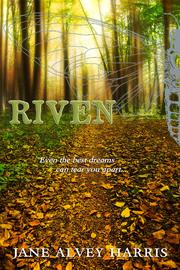 In this debut fantasy thriller, a teen’s real life begins to overlap with a colorful world she thinks she’s invented.

In Dallas, 17-year-old Emily Alvey watches Claire, her 10-year-old sister, have fun at a pool party. Yet Emily herself is preoccupied with the deep scratches on her arm, which she doesn't remember receiving. When she shoos a dragonfly away from her ankle, she accidentally kicks Gabe, a cute lifeguard, in the nose. They chat, but she neglects to describe her disastrous life: she must repeat the 11th grade; her father sits in jail; and her mother remains addicted to prescription meds. Later, after leaving a grocery store, Emily runs into Gabe again, only this time she suffers what seems like a panic attack. But the voices in Emily’s mind (a critical woman and a fanciful little girl) tell her that she’s awakening to a Magic that she hasn’t known since she was 7 years old. As a child, she began weaving a story about the First Realm, populated by the Fae—elves and maidens, both at war with the hideous crimbals. Gabe helps her realize that her father’s imminent release from prison coincides with the marks on her arm, which are actually ancient runes that not only spell her last name, but also translate it into “elf warrior.” In this emotionally charged novel, Harris uses traditional fantasy elements to tell a vibrant self-acceptance narrative. Though ostensibly for older teens, Emily’s adventures with her three siblings (Claire, 14-year-old Aidan, and 15-year-old Jacob) begin with rich imagery, and only become more kaleidoscopic when the heroine “can’t decipher between what is fantasy and what is real.” At its best, the prose conjures all the lushness promised by the genre, as when Emily sees “the sparkling honeysuckle air, the serene entanglement of polished stone and creeping wild strawberry.” At other times, however, the worldbuilding feels claustrophobic, and readers may wish for more clearly marked plot points to follow. In the end, after a sad, shocking revelation, Harris firms up her message that it’s vital to “experience your emotions and memories without judging them or reacting to them.”

A whirlwind narrative about an imaginative heroine that uses fantasy to offer salvation from abuse.

ALL THE LITTLE LIVE THINGS by Wallace Stegner

"Be open, be available, be exposed, be skinless. Skinless? Dance around in your bones." ALL THE LITTLE LIVE THINGS

I can write backwards in cursive with my left hand even though I'm right handed! I can also read auras.