JANE WARD is the author of In the Aftermath (She Writes Press 2021), Hunger, and The Mosaic Artist. She graduated from Simmons College with a degree in English literature and began working almost immediately in the food and hospitality industry: private events planner with Creative Gourmets in Boston, planner of corporate parties at The 95th Restaurant in Chicago, and weekend baker at Quebrada Bakery in Arlington, Massachusetts. She has been a contributing writer for the online regional and seasonal food magazine Local In Season and a blogger and occasional host of cooking videos for MPN Online, an internet recipe resource affiliated with several newspapers across the country. Although a Massachusetts native, Jane recently settled in Chicago after returning to the US from Switzerland.

“Ward masterfully builds a sense of dread with mundane details in the first section, and the way that she finds significance in moments of ordinary, everyday life is reminiscent of the work of Anne Tyler. This deeply empathetic novel deals sensitively with difficult subjects….An insightful and psychologically astute story of ordinary people moving forward after personal tragedy.”
– Kirkus Reviews 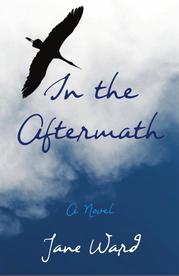 Ward offers a thoughtful novel about the long-term repercussions of one man’s impulsive act.

In April 2008, David Herron, a small-business owner in desperate financial straits due to the financial crisis and recession, commits suicide, which irrevocably alters the lives of his family, friends, and even people whom he’s never met. The story, set on Massachusetts’ North Shore, picks up again two years later with moving portrayals of the changed circumstances and turbulent emotions of several main characters affected by the drastic act. His wife, Jules, a baker; his teenage daughter, Rennie; his childhood best friend, Charlie Gale; his banker, Dan Hopper; and Denise Healey, a former police detective, are all struggling in different ways to cope with deep feelings of guilt and self-blame, each for their own personal reasons. Each of these characters is vividly drawn, uniquely individual, and highly relatable; their relationships are complex, and their stories intersect in unexpected ways. The chapters rotate through different points of view and are grouped into chronological sections, ending in April 2011. A few of the transitions between time periods and points of view seem jarring at first, but ultimately the narrative weaves its strands together into a coherent whole. Ward masterfully builds a sense of dread with mundane details in the first section, and the way that she finds significance in moments of ordinary, everyday life is reminiscent of the work of Anne Tyler. This deeply empathetic novel deals sensitively with difficult subjects, exploring the experience of loss, the tension between revealing one’s emotions and holding them back, and the fundamental human need for forgiveness—from others and from oneself. Its satisfying conclusion avoids easy resolutions, instead offering readers a sense of open-ended, hopeful possibility.

IN THE AFTERMATH : Kirkus Star

THE MOSAIC ARTIST tells the story of the break up of a family and the unorthodox ways in which two siblings hold themselves and others together in order to live their lives in the aftermath of messy divorce. Lives that had been torn apart and carefully reconstructed in the past are on the verge of shattering again, but Jack's decision to leave his children the house just might help them all remake their lives one more time.
Published: March 22, 2011
ISBN: 978-1453860045