Born in 1980 and raised in Johnstown, PA, Jason Hubbard started writing a still-unfinished novel at 14 years of age. After moving to Las Vegas in 2000, he started writing again, starting with "The Seeing Glass," and eventually getting to "The Taming of Adam" series.

Jason was once inspired by an interview with a Star Trek screenwriter who said, "Good sci fi has to be about something," meaning it has to have a compelling message and not just be entertaining. He works that philosophy into his own writing, making stories that make you think about your own life without being too irritatingly preachy.

The "Taming of Adam" series is a great example of this, being about a young man who starts out extremely antisocial but ends up opening his heart a little to life's boundless possibilities. It's a serious story that's not without humor, a tense drama that ends with rollicking adventure.

There's also "The Legend of the Three Roses," a fantasy crime thriller with a strong yet complicated female protagonist.

“[T]he author concentrates mainly on his story’s human element, and as such, his characters are well-developed ... The impressively expansive plot includes men and women being conscripted into the king’s army and an intriguing, somewhat familiar religion featuring Micah, the son of God ... A lengthy but thoroughly captivating tale and a commendable series launch.”
– Kirkus Reviews 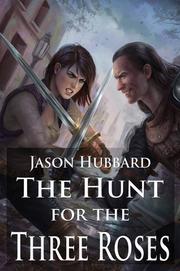 THE HUNT FOR THE THREE ROSES

In this second installment of a trilogy, a mage apprentice and an ex-thief protect a special stranger while trying to dodge a vengeance-minded assassin.

Kane Bailey was once a nobleman and mage apprentice in the kingdom of Consaria. But the teenager became a fugitive after inciting King Hugo’s wrath by telling a clan leader, who was threatening Kane, about the enigmatic Three Roses. At the time, Kane didn’t know what the Roses were, only that the king was searching for them. Now he believes he’s found one of the three: simple-minded Jonas, who sports a rose tattoo. Kane’s belief is solidified when the apparently psychic Jonas warns Callie, a former thief Kane has befriended, that the mage apprentice will soon die. Callie intervenes, and Kane narrowly avoids a tragedy that leaves many others dead. The two, along with Jonas, later team up with sorcerer Master Cypher, who was Kane’s tutor back in Consaria. While fugitive Kane changes his name to Sean McAlister, the group gets assistance from Cypher’s acquaintance Count Guyver. Cypher also enlists Sean to ensure Jonas receives safe passage to the city of Asturia, though the sorcerer never confirms that the man is one of the Roses. Sean and Callie adjust to their new lives, he as an apprentice to another mage, she as Guyver’s retainer. But proficient assassin Rainer wants revenge against Callie, who once bested him in combat. He begins killing innocents in Asturia and makes it abundantly clear that Callie is his primary target. This stirring novel, picking up right where the fantasy series’ first installment left off, continues the titular arc while giving the characters plenty of room to grow. For example, Sean and Callie’s relationship gradually deepens and even entails possible romantic obstacles, such as “ruggedly handsome” Sir Barnes’ catching Callie’s eye. Moreover, Sean and Callie act as parental figures to Jonas, whom the narrative equates with a “preteen” who’s prone to complaints of boredom. There’s likewise progression regarding the Three Roses; readers will have more than an inkling as to their meaning before the book ends, and the explanation is both intriguing and unpredictable. In addition, certain subplots, such as a ballroom dance and a surprise poisoning, have discernible ties to the main plot and characters. Hubbard (The Legend of the Three Roses, 2017, etc.) deftly outfits his tale with appearances or references to various creatures both recognizable (unicorns and giant golems) and less so (undines, which are elementals with mastery over water). While the author implies much of the physical violence, the story is still generally dark. Rainer steadily becomes more relentless and intimidating, and he’s the reason Sean suffers a few losses. Nevertheless, dry humor occasionally alleviates the somberness. This often comes courtesy of Callie, who suggests Sean use his magic by commenting, “Can’t you just wiggle your fingers and make stuff happen?” And when Sean’s new master doesn’t seem interested in adequately training him, Callie offers to “pound some sense into him.”

A rousing fantasy sequel that allows the story to evolve while setting the stage for the final volume. 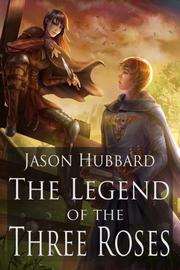 THE LEGEND OF THE THREE ROSES

A young nobleman and aspiring mage gets caught up in an attempt to assassinate a king and stop a war in Hubbard’s (The Dark Hour, 2016, etc.) fantasy novel.

Nineteen-year-old Kane Bailey is sorcerer Master Cypher’s apprentice in the Consaria kingdom. One night, while making potions in the study, a female intruder accosts Kane, demanding to know where King Hugo is. She tries to kill the monarch but fails, narrowly evading capture and bringing along an unwilling Kane as an expedient hostage. Callie, the would-be assassin, considers ransoming Kane, as he’s a noble, but she’s already angered her clan leader, Giacomo Kently. It seems that the Jackal, a legendary killer, had farmed out the assassination job to the clan and will want his payment returned—coins that the clan has already spent. Callie pins her hopes on the “Three Roses,” which Kane overheard the king mention to Master Cypher on the night of the attempted assassination. Neither Kane nor Callie knows what the Three Roses actually are, but Callie is sure that they must be valuable—and that they somehow relate to the ongoing war against the neighboring land of Lonsaran, which King Hugo’s been avidly promoting. The two’s search, meanwhile, will take them to seedy places like The Silver Vein, which is rife with hooligans who won’t think twice about abducting a nobleman—or doing something worse. Along the way, Callie and Kane keep their eyes open for the lethal Jackal, who’s specifically targeted her for his refund. Hubbard’s story highlights a few familiar fantasy genre elements: goblins rear their ugly heads, and Callie’s clan buys a magic-negating crystal with the coins that they accepted for the proposed hit. But the author concentrates mainly on his story’s human element, and as such, his characters are well-developed. Kane’s noble status makes him rather stuffy, and he’s shown to be disconcerted by a decent meal of fatty steak, sans utensils. He also witnesses debauchery that’s a sharp contrast to his noble life; in The Silver Vein alone, Kane spots a cockfight, a couple engaged in public sex, blatant drunkards, and a bevy of fresh corpses. The highly detailed descriptions are coupled with contemporary-sounding dialogue, as when Callie assures Kane that his use of magic “totally kick[s] ass.” Hubbard doesn’t specify the year in which the story takes place, which subverts expectations that some readers may have for a tale set in centuries past. Memorable moments include Callie “city-jumping” (which is sometimes more bluntly called “roof-jumping”) and one sinister character requesting volunteers for a religious practice called the Gateway to Heaven, which is, quite simply, torture. The impressively expansive plot includes men and women being conscripted into the king’s army and an intriguing, somewhat familiar religion featuring Micah, the son of God. The characters’ quest to find the Roses gets sidetracked during the final act, which briefly separates Callie and Kane, but the hunt will clearly continue in the planned sequel.

A lengthy but thoroughly captivating tale and a commendable series launch.

"Irreverence is a most necessary ingredient of religion. Not to speak of its importance in philosophy. Irreverence is the only way left to us for testing our universe."

Making and experiencing stories that surprise and compel

The Taming of Adam Part 1: The Path to Envale

Meet Adam Taylor. He is a black mage: a magic-wielder who draws power from the essence of shadows. He is also a loner who prefers only his own company and dreams of strengthening his sorcery to make a living. He shuns and pushes away others, making him a rude and antisocial miscreant, but on the inside, he's a sensitive soul who doesn't quite know the meaning of love and friendship. Gene London, meanwhile, is a famous attorney who has a knack for defending difficult cases. He's also a government lobbyist who speaks to lawmakers on behalf of corporations (a normally legal profession as long as he doesn't give lawmakers luxurious gifts ... which he regularly does). Lately, he's been seeing a mysterious person whom he calls "the lady in the mirror." She claims she is trapped in another dimension and that if London finds a way to free her, she will be his forever. This first installment of The Taming of Adam Trilogy is a thoughtful and nail-biting urban fantasy detailing the perils of a young man's road to redemption. A perfect title for teenagers both new and familiar to dark fantasy.
Published: Sept. 11, 2014
ISBN: 9781483537481

Four years after the events of Part 1, 21-year-old Adam Taylor has moved to a new city, Almin. Here he plans to make a new start of things by attending a new school, learn new magic spells, and make new friends. And although love is not on his mind, he ends up falling for Amy Graine, the beautiful daughter of the CFO of Entercor Contracting. They are of two different disciplines of magic--him being a black mage and her being a white mage--yet they overcome their differences and begin a whirlwind romance that softens the scrappy young man's heart. But Amy holds a secret that will test Adam's conscience, and so he will be forced to side with either his girlfriend or those who wish to bring down Entercor. Meanwhile, one of Adam's school roommates, Ricky Grater, meets a mysterious man named Cameron Moss. Cameron is a fellow mage capable of powerful magic spells, and despite Cameron's impulsiveness and abrasive behavior, Ricky looks up to him as a friend and mentor. The two men go through fast times gambling at the local casino, picking up lovely women, and enhancing their magic abilities. Ricky believes this is the start of a long and fruitful friendship that will further his magic career and keep the good times going. But behind his warm smile and easygoing attitude, Cameron has a hidden agenda, one that will ensnare Ricky in a web of lies, murder, and forbidden magic.

The Taming of Adam Part 3: The Dark Hour

In a world where magic is as common as cars and toasters, 25-year-old Adam Taylor is set to discover that magic abilities in the wrong hands can be devastating ... It's been four years since Adam had suffered tragedy. He's moved on the best he can, running a small business, making new friends, and living with the woman he loves. And yet he can't pretend that everything is well--can't pretend that he can simply get over someone's horrible murder. So he looks into a form of forbidden magic that could prove risky yet could also set things right again. His loved ones can't know about it; if they did, they'd disown him. Despite this, Adam believes he's doing the right thing, if only because he can't imagine himself doing nothing. At first, things go well ... until a mysterious stranger appears and personally shows Adam the kind of destruction and callowness he's capable of. By the end, hearts will break, justice will be served ... and a young man will bring the world to the brink of disaster.
Published: July 20, 2016
ISBN: 9781483575711