JB Yanni grew up and then settled outside of Chicago. Although her residence has not seen much change, her career has shifted rather dramatically. With a degree in Social Work, JB started her career helping teens and families. The first shift took her decades into the financial services industry, ending as a compliance officer, before this last shift to writing novels.

A voracious reader, JB always believed that a great book moves you, changes you, and has the ability to become a life-long friend. She espouses to the philosophy that teaching a child to read is the key to their happiness, educational success and future. Finding a lack of good reading material for teens and young adults that contain relatable characters, events and ideas in a positive manner, JB has embarked on a series of fictional books to meet this need. Writing for JB is a way to engage teens and young adults with science, history and wonderful characters. Her first work represents a desire to provide challenging reading for young teens, while maintaining age appropriateness. 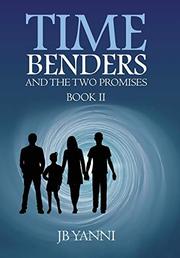 TIME BENDERS AND THE TWO PROMISES

Time travelers revisit the past to help a friend and fix a mistake in this YA SF sequel.

Teenager Joe Fitzgerald, after finding documents for a prospective time-traveling machine, constructed a prototype with his older brother, Ken, and adult scientist pal, Mr. Brewster. Joe, Ken, and their sisters, Deb and Kim, traveled through time to undo their parents’ plane crash deaths. But now back in the present day (the 1970s), they realize they’ve changed the circumstances but haven’t saved their mother and father. Joe tries again on his own but fails; in fact, his actions have seemingly resulted in their parents’ separating prior to their deaths. Kim is upset and Ken and Deb are understandably irate with Joe. Ken decrees that his brother’s time-traveling days are over. But Deb has a change of heart after hearing Mr. Brewster’s story of losing his unborn child and, later, his wife, Abby. Deb agrees to Joe’s simple time-traveling plan to give the Brewsters more days together, and Ken, away at Harvard, won’t even need to know about it. Deb, Joe, Kim, and Deb’s boyfriend, Ryan, complete their journey with relative success. So Deb has an idea to go back and intercept Joe on his solo trip; it won’t save their parents but hopefully it will prevent their separation. But this time, there’s potential danger. On his last trip, Joe experienced severe nausea and dizziness, a condition that he and Mr. Brewster now believe is from two versions of the teen sharing the same time and space. If the universe is trying to “erase” the second version of Joe, Deb and Ryan will have little time to finish their mission.

Yanni’s second installment is as uncomplicated as the series opener, Time Benders: The Machine (2018). Characters simply accept certain aspects of time travel so that they don’t require much in the way of explanation. For example, the players know that traveling to the past necessitates as few changes and interactions as possible. Nevertheless, the story is still predominantly dialogue, including a debate over Joe’s solo excursion; discussion on his adverse side effects; and plans for future time travel—without Ken’s knowledge, of course. This occasionally leads to repetition, particularly about Joe’s failed trip, which the Fitzgeralds frequently deliberate or recount to others. Regardless, the well-established characters evolve, as Ken graduates from a Connecticut boarding school and attends Harvard; Deb must decide on a college; and Joe grows closer to schoolmate Becky. At the same time, the author keeps the series fresh by shifting character focus in the sequel: Deb and Joe essentially take over as leads, with more of a spotlight on Ryan, while Ken and Kim step into supporting roles. Meanwhile, the author’s incorporation of historical events is smart and typically accurate, such as Joe utilizing the computer language COBOL and designing a “personal computer” before it becomes a household item. But there are several pop-culture anachronisms that the author’s concluding notes clarify as movies, etc., that have been “adapted for use in the story.” Though the narrative manages to find a resolution by the end, a cliffhanger sets the stage for the third volume with the possibility of yet another character taking the limelight. 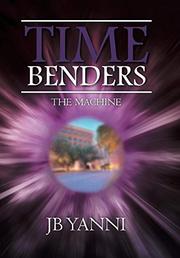 In Yanni’s debut YA adventure, four siblings discover a way to travel through time, giving them the opportunity to possibly prevent their parents’ deaths.

After the Fitzgerald children lose their mother and father in a plane crash in 1974, their Aunt Alicia becomes their new guardian. She ships them off to Choate Rosemary Hall, a boarding school in Connecticut. Teenagers Ken, Deb, and Joe and 10-year-old Kim slowly adjust to their new lives; they make friends, and the teens start dating classmates. Joe, however, has a tougher time dealing with his grief, and he focuses his energy on some files that he found in an abandoned campus building. They detail a machine prototype and a “theoretical calculation” for making time bend—which could make time travel possible. Joe, who excels in math and science, manages to develop the machine with help from campus caretaker Mr. Brewster and his own siblings (Ken is studying mechanical engineering). Joe suggests that they go back in time to save their parents, so Deb comes up with a strategy: She believes that stopping the assassination of John F. Kennedy in 1963 will spark a series of events that will keep their parents away from their fatal plane trip. Yanni establishes strong foundations for all the young characters before the time-hopping takes center stage; for example, Deb writes letters to Denise, her best friend whom she misses, and Ken ditches his plan to join the Marines so that he can look after his siblings. Throughout, the author clearly shows how the Fitzgeralds care for one another. He also simplifies the sci-fi concept by offering few particulars on how time travel or the machine actually work, but there are intriguing discussions between the siblings and their friends regarding the changes that time bending could generate—including the Fitzgeralds never attending Choate. The story’s historical references are mostly solid, although there are noticeable anachronisms, including mentions of Star Wars and the Martin Luther King Jr. Day federal holiday prior to their existences.