J.C. Salazar is a writer of poetry, short stories, and novels that span the divides of his birthplace of Mexico and his adopted homeland America. He was a successful teacher of high school and college English before fully embracing his passion for storytelling. His passion for uplifting the underdog and righting injustices make of his writing a mirror to a naked world. A lover of languages, travel, and cultures, Salazar draws from his Mexican family and birthplace as well as from his decade of work with students from all parts of the world. He has straddled the margins of America's multicultural and diverse communities even as he embraced his adopted family of privilege. He has marched in picket lines for immigrant rights, held public office, and led in Houston's education circles. His debut novel is a personal triumph that is only the beginning. 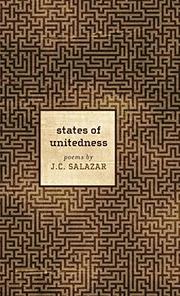 A collection speaks in part to the poet’s Mexican-American heritage.

In these multifaceted poems, Mexico-born, Houston-raised Salazar (Of Dreams and Thorns, 2017) explores general human themes like love and war in addition to specific experiences as a person of color. The book begins with a sensual meditation on desire, featuring luscious descriptions of a lover, from lips “moist like youth” to the body’s “softest velvet” slopes. The poems shift to odes to cultural icons like the Tejano star Selena and Mexican-German painter Frida Kahlo as well as occasion pieces honoring his brother’s 40th birthday and a friend’s mother’s memorial service. The author hits his stride when he delves into identity. In “I Am Not Brown,” he contemplates the societal implications of skin tone and his inability to fit into the rigid category of Caucasian or Latino. “For white and black and brown alike / Are slaves to history’s brush strokes,” he writes. “Grateful for the Work,” perhaps Salazar’s loveliest poem, catalogs the day of a laborer, starting with an early morning awakening and following him as he toils in 100-degree heat, enjoys tacos from his lunch pail, buys beverages from a child’s lemonade stand, and returns home to an equally hard-working wife. The author then makes an abrupt turn toward Syria in a series of poems that condemn that country’s president, Bashar Hafez al-Assad. They serve as a rallying cry for Syrians and grieve for the murdered masses. Salazar’s closing poem, “Sons of Bitches,” is a clunky rant about a 20-year-old immigrant shot in the head by a U.S. Customs and Border Patrol agent. The gratuitous violence and political theologizing are ill at ease with the intimate, personal experiences that preceded them, such as the fablelike “A Mexican is Made of This,” in which Salazar beautifully describes the “rainbows, bronze, backbone, butterflies” that his people embody.

A volume of poetry that shines when focused on the author’s experiences of race and culture. 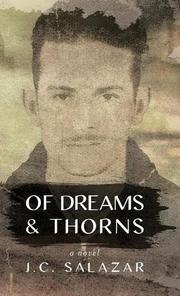 Salazar’s debut novel presents a Mexican-American family’s saga from the 1950s to the ’90s.

The story follows the members of the Ocañas clan from a rural farming village near Monterrey, Mexico, where patriarch Ramiro’s roots run deep, through moves to Chicago, Houston, and Orange Cove, California, as his children establish roots in the United States. The book opens with Ramiro’s arrival in the frigid Windy City in 1950, where he’s followed an acquaintance in the hope of getting factory work and providing for his family. He faces challenges as he learns the ways of a new country; he also ends up having an affair with his much older landlady, despite his professed devotion to his wife, Eliza, back in the village of Naranjales. Ramiro returns to Mexico after becoming financially stable, but after a family tragedy, he returns to the United States for good, bringing his wife and kids with him to settle in Houston. The children face their own challenges as they struggle to bridge the divide between the rural lives of their parents and the urban world they now call their own. Salazar does an excellent job of depicting Ramiro’s transitions, particularly during his time in Chicago as a young man; a scene of his first visit to a supermarket is particularly vivid. The book also effectively shows the commonalities and the subtle differences between Mexicans and Mexican-Americans. On the whole, the writing is strong, although Salazar’s tendency to provide a word-for-word translation of Spanish dialogue grows repetitive: “ ‘Compa, que gusto de verte. Ya me ansiaba oir esa risa contagiosa tuya,’ ‘So great to see you, buddy. I couldn’t wait to hear that infectious laugh of yours again.’ ”

Houston, but born in a village in northern Mexico

Angela's Ashes. Really not sure I have one favorite. I like too many almost equally.

Teacher. I retired from teaching, but once a teacher always a teacher-- and always a student.

Eliminate injustice and bullies. I also have a strange obsession with seeking truths.

They made her life hell; then she recovered — with a vengeance. The story about a Mayan young woman who is trafficked into the U.S at the age of 14. She survives the trauma of enslavement by pedophiles in New York and escapes to Houston where she has an uncle. When she stumbles upon a pair of sunglasses on a sidewalk in the ritzy neighborhood where she found employment as a maid, she begins to have dreams about everyone who has hurt her. The sunglasses give her vision and strength to avenge her former captors and abusers. . . .

Poems of love, passion, defiance, protestation, tribute, and, above all, searching. J.C. Salazar searches for truths that shed light on the bonds that create humanity and brotherhood between peoples, individuals, friends, lovers, families, communities, and the world itself.
Published: Aug. 1, 2018
ISBN: 978-0-9991496-4-5