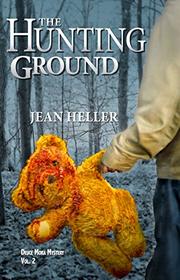 Journalist Heller (The Someday File, 2014) returns to Chicago for another gritty and complicated Deuce Mora mystery.

Deuce, a star columnist for the Chicago Journal newspaper, is taking a relaxing walk through a local park with her boyfriend, Mark Hearst, when Mark’s dog finds a human femur that turns out to be a child’s remains. An investigation by the police and the Department of Children and Family Services uncovers more and more bodies of children, but city officials and feds try to keep the story quiet. The local police, for example, won’t say anything about the situation officially, but Deuce gets some off-the-record help from Sgt. Pete Rizzo, a Chicago Police spokesman; Dr. Tony Donato, a medical examiner; and some old friends in high places. The information eventually points her to a child trafficking ring. The National Security Agency and the FBI try to block her investigation, and Deuce eventually finds out that the murders are tangled up in city politics and international intrigue. She keeps pushing, even after her life is threatened multiple times and one of her sources is murdered. Along the way, she meets a kid named Charles; he and his brother are in separate foster homes, and his situation breaks her heart. Heller sets a lot of plates spinning in the first half of this book, and it can sometimes seem overly convenient when Deuce correctly guesses what’s going on. Things tighten up in the second half, which is expertly paced and leads to a thrilling conclusion. After the action is over, though, Heller gives readers a history lesson in Middle East politics—a forced attempt to add more relevance to the story that falls flat. Heller also peppers her prose with some clunky phrases that ape the language of hard-boiled detective novels; at one point, for example, Pete Rizzo describes another character as being “tough as the Bears’ search for a decent quarterback,” and Deuce communicates her sadness at a betrayal by saying, “To paraphrase the words of Marlon Brando to Rod Steiger in the 1954 film, On the Waterfront, he cudda been a contenda, he cudda been somebody.”

A sometimes-effective mystery that suffers from some distracting affectations. 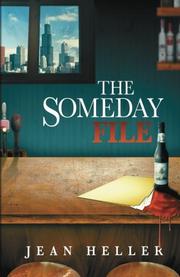 The title refers to the case files Mora dips into when she doesn’t have an idea for a column, tips she’s gotten for semi-interesting stories to follow up on later. The lead she follows this time quickly turns deadly after an old man named Vinnie Colangelo agrees to meet at a bar but is tortured and murdered after she drops him off at his house. He seemed nervous and made reference to news in Las Vegas. The next day, Mora learns a senator has been assassinated in Las Vegas. Partially out of professional curiosity and partly out of a sense of responsibility to find who killed Vinnie, she starts on a trail that brings her into the cross hairs of organized crime and compels her to investigate an old friend. She ends up diving into local government corruption and a 57-year-old massacre at a migrant camp. Mora gets beat up, shot at, and intimidated along the way, but she’s tough, noirish, and Chicago through and through. She’s human though: she doubts herself, and not every lead means progress. Heller (Handyman, 1998), a former reporter who broke the Tuskegee syphilis story, skips no detail as she follows Mora’s thought processes and every conversation she has with a witness. Colorful characters surround her: Eric Ryland, her editor; Sully, her old flame; and a bevy of sources who range from helpful to hostile. Heller pulls off a neat stunt, tying together all the different crimes—Vinnie getting framed on a federal charge in the 1970s, the burning of the migrant camp in the ’50s, and the murder of the senator in the present—in a compelling package that actually adds up. Heller does tend to have Mora notice everything and linger on a historical detail or two about Chicago, which amount to short detours from the action. Yet it always ties back to Mora and the intriguing main plot. Heller should be able to get a lot of mileage out of such a great character and supporting cast.

A promising first adventure; if Heller can keep the quality this high, mystery fans will have a lot to look forward to. 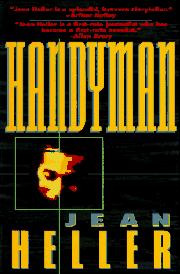 Hot topic (media personalities) meets formerly hot topic (serial killers) in an attention-keeping tale of a slice-'em-'n'- dice-'em murderer on the loose in Florida: a second novel from the author of 1993's dull thud, Maximum Impact. When a serial killer with a penchant for mutilating his female victims' hearts claims his seventh casualty in a bloodily detailed attack, Detective Ben Britton and his special task force are desperate to find him. The killer's taste has changed from prostitutes to schoolteachers and doctors, from stabbing hearts to cutting them out. As the detectives sift through a scant handful of facts, the thirtysomething perp, Eugene Rickey, is quietly making his living as a journeyman builder and renovator. Rickey was raised by his violent, drunk, and promiscuous trailer-home mother, Opal, who, when she stripped young Eugene bare to beat him, would laugh at his penis, asking the boy how, with such a poor endowment, he would ``capture a woman's heart?'' And now Rickey, his mother dead and her prized six-inch knife in his possession, is posthumously showing her how it's done. Afterward, he happily watches his work on the news. Meanwhile, he's also evading the cops less by skill than by pure dumb luck. For Ginsu-special number eight, he chooses TV news anchor Cynthia Diamond, whom he's enjoyed watching report his killings. Detective Britton is Diamond's only ally against unbelievers who, after Cynthia receives violent threats from the killer, claim she's faked them to boost ratings. When the elaborate attack on Cynthia fails, Rickey, in order to appease the demon that drives him, must choose another victim, and fast. Then it's the cops' and victim's turn for dumb luckuntil even the weather is able to lend a hand in the killer's demise. Despite an overreliance on coincidence rather than true twists, a quick and addictive read, its NC-17 content chillingly penned.

A Pulitzer-winning aviation reporter for a Washington, D.C., daily sticks with the story of a downed jumbo jet and uncovers a sinister web of political, bureaucratic, and industrial corruption without the help of Carl Bernstein—in a first novel from a celebrated investigative reporter. The Consolidated Pacific jetliner that went down at Washington's Dulles airport was carrying, in addition to hundreds of doomed passengers, the reputation of an Ohio engine manufacturer hoping to crack the world jet market. How unfortunate, then, that it was one of those Buckeye engines that caused the crash. Or was it? In the confusion of the aftermath, acting on orders from somebody with a Great Deal of Money, a member of the NTSB investigative team plants a big squished bird in the engine, steering inquiry away from the possibility of defective parts. But there's a witness, and the witness threatens to squeal. There's also pressure from a nasty Ohio senator to wrap up the investigation quickly and without any suggestion of Buckeye culpability. The single bird theory is close to acceptance until Washington Chronicle reporter Steve Pace, who persists in his investigation despite the threat of a couple of hired Baltimore goons, gets to the bottom of things. In the process, Pace loses a friend, regains a lost love, and has a nice visit from his daughter. Populated with faceless, unlovable bureaucratic dweebs, drowning in journalistic detail, and much too long. The only twist to the plot comes too late for anyone to care.