Jeanne Blasberg is a voracious observer of human nature and has kept a journal since childhood. After graduating from Smith College, she surprised everyone who knew her by embarking on a career in finance, making stops on Wall Street, Macy’s and Harvard Business School, where she wrote case studies and business articles.

A firm believer that you are never too old to change course, Jeanne enrolled at Grub Street, one of the country’s pre-eminent creative writing centers, where she turned her attention to memoir and later fiction. Eden is her debut novel. Jeanne and her husband split their time between Boston and Westerly, RI. When not writing, she can be found playing squash, skiing, or taking in the sunset over Little Narragansett Bay.

“The 2000 summer season in fictional Long Harbor, Rhode Island, becomes the setting for a family reunion and the revelation of a long-held secret, not to mention the airing of more than a few resentments, in this debut novel. An engrossing, character-driven family saga.”
– Kirkus Reviews 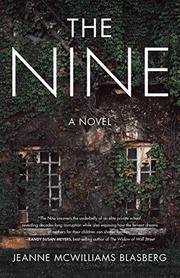 A sinister secret lies behind the pristine facade of an elite New Hampshire boarding school in this novel.

Welcome to Dunning Academy, where today’s best young minds and upper-crust legacies are molded into tomorrow’s movers and shakers—if the academic and social pressures don’t break them first. When 14-year-old Sam Webber received his acceptance, his mother, Hannah, was overjoyed. Sam was the miracle baby she and her husband, Edward, thought they would never have, and from the moment of his birth, he became the center of his mother’s life. Dunning was her idea—Sam would receive a superior education and make the important connections that would lead to a successful life. But now, he is on his own, insecure and struggling (“He realized something during those first weeks it would take his mother a long time to understand: the only way he was going to master Dunning Academy would be through a side door”). That door is provided by Justin Crandall, a legacy golden boy, who befriends Sam and offers him a chance to join The Nine, Dunning’s secret society (think Yale’s Skull and Bones for the high school set). Gradually, as he is pulled more deeply into The Nine’s web, Sam comes to realize that the society’s ostensibly harmless pranks are being manipulated by others with malevolent agendas. Woven throughout the disturbing, plot-driven narrative is a poignant mother-son drama, with Hannah’s obsessive commitment to Sam’s Ivy League track causing a fracturing in their relationship. In fluid prose, Blasberg (Eden, 2017) combines two tales through two alternating voices. The third-person narrator provides the major storyline, in which decades-old misdeeds are resurrected through current schemes and blackmail, while Hannah delivers the subplot through first-person, emotional recollections. While Sam is an appealing lead character, readers will likely find Hannah’s intransigence frustrating. But ultimately, she faces the fact that her own ambitions for Sam left him vulnerable to the machinations of more experienced players: “I used to take it for granted that our desires were intertwined. I assumed he’d absorbed them in utero, just as he shared my blood and my oxygen.”

A helicopter mom turns out to be no match for a well-funded conspiracy; engaging, with a likable young protagonist. 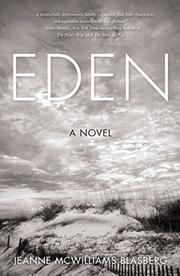 The 2000 summer season in fictional Long Harbor, Rhode Island, becomes the setting for a family reunion and the revelation of a long-held secret, not to mention the airing of more than a few resentments, in this debut novel.

Becca Meister Fitzpatrick presides over the family’s rambling summer “cottage,” Eden, which she owns jointly with her two older surviving brothers, Thomas and Edward. But Becca, now in her 70s, is in financial trouble. Her husband, Dan, died suddenly the previous fall, and it turns out he was a very careless guardian of the couple’s wealth. He was more interested in golf, the sea, and partaking in the social scene than in his medical practice. Becca is broke. She is hoping that Thomas and Edward will buy her share of the house and keep Eden, built by their father in the early 1920s. This sprawling 20th-century family tale, complete with rivalries, tragedies, and a continuing thread of unexpected pregnancies, smoothly alternates between past and present, going back to 1915, when Becca’s parents, Bunny and Sadie, first met. Now Sarah, Becca’s unmarried granddaughter, announces that she is pregnant; the Meister/Fitzpatrick clan is about to welcome its fifth generation. Eden has been a family anchor for almost 80 years, most especially for Becca. Long Harbor is a lower octane Newport, but the social pretensions can hold their own against any of today’s wealthy beach enclaves. Blasberg’s evocative prose captures the place and atmosphere: “The glass was streaked with salt and sand, and there were cobwebs between the screen and the storms. Outside a gentle rain was falling, a purifying springtime shower.” Becca is a rich, complex character: on one level, damaged by her mother’s need to avoid scandal, and on another, the eager standard bearer of the family’s legacy. Readers are privy to tantalizing information that the current clan members will never learn (for example, Bunny placed Sadie in a sanitarium for a year when she suffered from depression after Becca’s birth), and so even the central protagonist is not able to appreciate fully the trajectory of cascading actions and consequences.