Jefferson Flanders is an author and independent journalist. During the course of his career, he has been an editor, newspaper columnist, sportswriter, radio commentator, college professor, and publishing executive. He is the author of the critically-acclaimed First Trumpet trilogy about the early Cold War, and the first two novels in the Tarkington series, The Republic of Virtue and The Boston Trader. Flanders' parents, Stephen Carver Flanders and Carol Marie Orr, met in the newsroom of the New York Herald Tribune. He is a graduate of Harvard College with a degree in history and literature.

“A sequel that stands firmly on its own, brimming with political intrigue and historical drama.”
– Kirkus Reviews 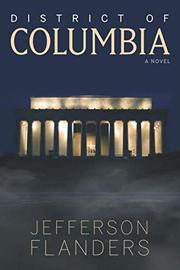 In Flanders’ (An Interlude in Berlin, 2018, etc.) historical novel, an idealistic diplomat in the Kennedy administration becomes increasingly disillusioned by the government’s grim conduct of the Vietnam War.

Dillon Randolph was groomed to become “a member of the club, one of the young men on the rise, an Establishment favorite”; his family name is well known in American politics, and his father, John Custis Randolph, is currently a Democratic congressman. But Dillon is also a poet who’s published two collections of his work and has the soul of a romantic. In 1961, he takes a job at the State Department and joins a group of friends—they call themselves the “Group of Five”—all “moved by the young President’s stirring rhetoric and call for a new generation of leadership.” Dillon is specifically recruited to work for the Bureau of Intelligence and Research under the tutelage of its new “charismatic leader,” Roger Hilsman. It’s a position that gives him a privileged perch from which to see the unfolding of the war in Southeast Asia. When a fellow member of the Group of Five—Palmer Knox, a CIA agent—kills himself out of despair of his own involvement in the execution of the war, Dillon is faced with a grave moral crisis that challenges more than his politics. Flanders intelligently chronicles Dillon’s growing disenchantment, not only with the bloody, “grim pragmatism” that he encountered regarding the management of the war, but also the “fractures in the Great Society” to which he was so devoted after Kennedy’s assassination. Over the course of the novel, the author deftly portrays the tumultuous and complex political climate of the day, which simultaneously contained shimmering optimism about the future, dread of the dangers posed by the Cold War, and nihilistic espionage. The author closely hews to the historical record, but artfully weaves a poignant human element into it; both Dillon and Palmer are emotionally convincing as characters. Overall, this is a nuanced novel that offers a historically edifying account of a troubled time.

A remarkable tale of political maturity, and its steep price. 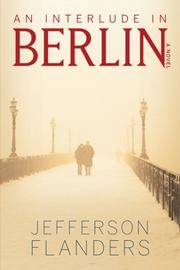 AN INTERLUDE IN BERLIN

Spies, diplomats, and lovers cross paths in Berlin in this Cold War–era novel.

Flanders (The Northwest Country, 2016, etc.) follows his First Trumpet trilogy with an engrossing tale of intrigue and duplicity. It’s 1959, and young American diplomat Dillon Randolph has been transferred to Berlin after his last posting resulted in a scandalous affair with an ambassador’s wife. Determined not to disappoint his distinguished family again, he agrees to avoid romantic entanglements in Germany. Luckily for readers, desire can’t be dictated, and he finds himself immediately drawn to East German actress Christa Schiller. However, she’s working for the Stasi (the East German secret police), and she’s agreed to lure Dillon into another scandal in order to protect her imprisoned younger brother. In the midst of these developments arrives Feliks Hawes, a British intelligence officer who’s been tasked with identifying the source of Secret Intelligence Service leaks from Berlin. The divided city, as U.S. security officer Lars Swanson claims, is positively “crawling with spies,” and Flanders continuously expands the novel’s scope to deliver a disorienting, heady mix of Soviet, East German, American, Hungarian, and British characters, each with his or her own agenda. As Christa remarks, “You can never be sure who is informing, who will guard your secrets, and who will trade them for their advantage.” The love-story plotline offers some of the book’s stalest lines (“Confronted by her beauty, he realized that he still desired her, that he wanted nothing more in that moment than to kiss her lips”). However, it also provides subtle commentary on how beauty can blind people, with each lover underestimating the other. Similarly, several intelligence officers miscalculate the Soviet Union’s dedication to isolating its sector of the city. In this uncertain period before the 1961 construction of the Berlin Wall, characters move from one side of the city to the other as easily as they shift alliances—unaware of the life-altering change in store. 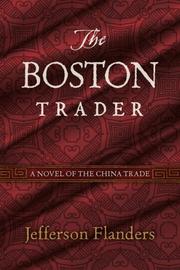 A Boston merchant is falsely accused of murdering a government official in 18th-century China in Flanders’ (The Girl from Recoleta and Other Stories of Love, 2014, etc.) intricate sequel to The Republic of Virtue (2014).

Businessman Calvin Tarkington’s plans for a happy life after his return to America from France unravel when his fiancee suddenly dies. Grief-stricken, he decides to expand his trade and takes a monthslong voyage to China. Although the Middle Kingdom allows some foreigners to do business in Macao, it remains largely closed off to Westerners. Many Chinese regard the “barbarians,” with their strange customs and religion, with suspicion, and the introduction of opium into the market has further eroded their trust for “foreign devils.” Scholarly Calvin is curious about the mysterious empire and spends most of his journey learning the language. He’s a quick study, and soon after his arrival, a fellow American asks him to help him pressure a Chinese trader into repaying a loan. Meanwhile, Commissioner Sun, the emperor’s representative, is investigating the killing of a suspected opium dealer. He stumbles upon the confrontation with the trader and takes a liking to Calvin. However, their budding friendship is cut short in a moment of violence. Calvin, accused of murder, is soon swept up in a murky tug of war between corrupt forces trying to hide their misdeeds and honorable officials seeking to clean house. He finds an unlikely ally in Gen. Daitun, who takes Calvin to Peking to defend his innocence. For the most part, Flanders paints the Chinese and their culture with nuance, avoiding the common trap of portraying Calvin as a persecuted, enlightened white savior. His meticulous eye for detail is on display the moment the Liberty docks in Macao; he portrays the land of tea and porcelain as vibrant and complex—a country struggling to balance tradition with innovation. The author does recycle some of The Republic of Virtue’s plot points, including a traitorous countryman and a bold, ahead-of-her-time love interest, but the dressing is so different, the setting so rich, and Calvin’s cultural immersion so absorbing that readers will hardly complain.

A sequel that stands firmly on its own, brimming with political intrigue and historical drama. 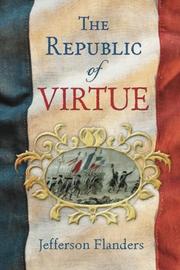 THE REPUBLIC OF VIRTUE

In Flanders’ gripping historical novel, a Boston businessman searches for his missing brother in 1793 Paris as France teeters on the verge of implosion.

Twenty-nine-year-old merchant trader Calvin Tarkington arrives in the French capital during the turbulent summer after King Louis XVI’s execution. The country’s revolutionaries are breaking into rival factions, with distrust and paranoia settling into their ranks. Calvin is in the city to resolve some business matters with his older brother, Alexander, following their father’s death. But Alexander, who normally runs the Tarkingtons’ Paris trade, is nowhere to be found. Calvin quickly learns that his brother has come under suspicion of local authorities, who believe that Alexander was spying at the behest of England. Confident that his brother is innocent, Calvin enlists the help of the city’s American expatriate community to help locate him. In the process, he becomes enamored with Sarah Gomez Hays, the daring, dark-haired daughter of a Jewish-American businessman. However, due to their different faiths, Calvin’s prospects of a match with her seem as bleak as his chances of finding his brother. This novel is populated by a roster of well-researched and finely sketched historical figures, including boozy Thomas Paine, whose 1776 pamphlet Common Sense helped inspire the American Revolution and who had a hand in France’s uprising; Peter Ostiquette, an Oneida Native American brought to France by the Marquis de Lafayette; and the author and women’s rights advocate Mary Wollstonecraft. Calvin feels a touch flat in comparison to the vibrant characters that surround him; he’s a dusty scholar who’s forced to act the hero rather than a compelling hero in his own right. Flanders makes up for it, however, with his skillful narrative, striking a delicate balance between authentic, antique flavor and easy-to-read prose. As a result, he sets a fine 18th-century scene that won’t trip up 21st-century readers.

“Action-packed and engrossing." (Washington Times): It’s 1949, and columnist Dennis Collins is on top of the world. But when an old friend asks him to safeguard microfilmed documents, Collins finds himself thrust into a clandestine world of Soviet and American espionage.
Published: June 29, 2012
ISBN: 978-0615643687

The Hill of Three Borders

"A triumphant addition to his well-crafted series...Flanders proves himself the consummate writer." (Pacific Book Reviews): Veteran newsman Dennis Collins must engineer the escape of an American defector from Budapest in October 1956 as Hungarians rise in revolt and Red Army tanks encircle the city.
Published: July 8, 2014
ISBN: 978-0988784000