Connect with Jeffrey B. Miller

Jeffrey B. Miller is an award-winning writer whose last three books have been Best Books of the year (one for Publishers Weekly and two for Kirkus). He has been a Denver-based professional writer, magazine editor, and book author for more than 40 years. He started six magazines (city, regional, and national), was editor-in-chief of five inflight magazines, spent 13 years as a freelance travel writer, and was director of communications for AAA Colorado, supervising its website, magazine, public relations, public affairs, and traffic safety. 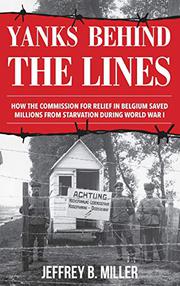 YANKS BEHIND THE LINES

A historical work focuses on the massive humanitarian effort designed to feed a Belgian population starving under German occupation during World War I.

In 1914, Germany invaded Belgium on its way to France, a remarkably brazen violation of the nation’s avowed neutrality. The occupation that ensued was an unmerciful one—factories and coal mines were shuttered; the harvest was largely destroyed; and whatever provisions were available were commandeered by German soldiers. As the first winter approached, it was increasingly possible that a considerable swath of the Belgian population—and many civilians in Northern France, too—faced starvation. Miller chronicles, with the granular precision of an investigative journalist, a brilliant effort to urgently usher supplies to the Belgian people, “one of America’s finest hours in humanitarian aid.” Two collaborative organizations were born—the Commission for Relief in Belgium, founded in London and headed by Herbert Hoover, and the Comité National de Secours et d’Alimentation, established in Brussels and led by Émile Francqui, a business tycoon. The CRB bought and transported the food by ship to Rotterdam while the CN prepared and distributed it. The two sister agencies grappled with myriad obstacles—the British opposed the program because it broke its blockade of German shipments; vessels were hard to find; and the political hurdles were extraordinary, all meticulously documented by the author. The Germans only acquiesced because they thought a better fed citizenry would be more docile and easier to control. Miller brings a complex story to vivid life, astutely explaining the political and cultural landscape of Belgium but also the unfolding of the conflict. The author even accounts for the ways in which the CRB, in particular Hoover, contributed to America’s entry into the war. This is a powerful work of history, as informative as it is dramatically gripping.

An impressive blend of painstaking historical scholarship and riveting storytelling. 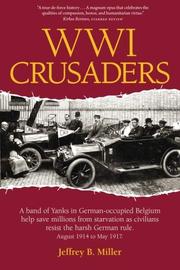 Miller (Behind the Lines, 2014, etc.) offers the second volume of a tour-de-force history detailing a little-known World War I humanitarian rescue mission, led by a future American president.

During the early years of the First World War, an amazing organization, the Commission for Relief in Belgium, gathered together a group of idealistic young Americans to keep the people in German-occupied Belgium from starving. Popular historian Miller continues detailing the history of this organization, which was formed and run by none other than Herbert Hoover, who left his own successful business and mining-engineering interests to lead it. He and his intrepid CRB delegates constantly struggled with German military and governmental authorities and with the Belgian relief agency Comité National, but they managed to manipulate, cajole, bluff, and fight their way to providing the most extensive food relief program in modern history. They did so by preserving their absolute political neutrality and winning the respect and support of even the German aggressors. To succeed, Hoover and his band knew they had to be on the right side of worldwide public opinion: “Hoover’s understanding of this concept, and of the way the world’s news media worked, would serve him and his cause extremely well from the very beginning.” Miller delivers compelling portraits of young idealists who interrupted their lives to serve the CRB for no pay. He engagingly parallels this tale with the story of La Libre Belgique, a scrappy underground newspaper that continually poked the Germans in the eye; he shows how even though the Germans jailed and executed Belgian patriots associated with the paper, nothing could stop it from getting published. Miller is an accomplished writer who never gets in the way of his intriguing story, eliminating tiresome footnotes and in-text citations that might have detracted from the gripping historical narrative.

A magnum opus that celebrates the qualities of compassion, honor, and humanitarian virtue. 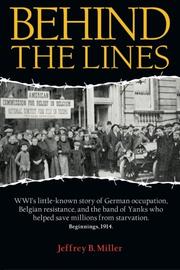 The first book of a planned trilogy chronicling American-led relief efforts in Belgium during World War I.

Just in time for the Great War’s centennial, this valuable narrative reprises a dramatic chapter of world history that rarely takes center stage in history books, as it’s often overshadowed by subsequent wars. Specifically, Miller (Facing Your Fifties, 2002, etc.) focuses on the Commission for Relief in Belgium, a multinational humanitarian organization that saved 9 million Belgian and French civilians under German occupation from starvation. Led by future U.S. president Herbert Hoover, then 40 years old and living in London, the CRB was the first mission of its kind, establishing precedents that shaped current policies regarding universal human rights and international humanitarian intervention. Miller shows how Hoover navigated German and Allied opposition, co-opted competing humanitarian groups and improvised a distribution network that deployed young Americans as neutral “delegates” across Belgium’s provinces. Miller’s grandfather Milton M. Brown was one of these delegates, and he married Erica Bunge, a wealthy Belgian native whose family is integral to the overall story. Their diaries, letters and photos, bequeathed to the author in the 1980s, sparked Miller’s interest in the period, and it’s obvious that this book was a labor of love. The narrative covers only August through December 1914, and readers contemplating 397 pages of text (plus sources, notes and an index) about a mere six months of wartime may fear a tedious journey. But instead, the pages fly by, thanks to Miller’s consistently smooth prose and careful scene-setting. He effectively captures the human drama, with exquisite descriptions of how characters looked (“With his rimless pince-nez, he had the appearance of a scholar or professor and, just like one, he longed for the solitude of the writer’s garret”) and why they behaved as they did. He quickens the pace with short chapters that bounce among Brussels, Antwerp, Rotterdam, London and New York. Readers who only associate World War I and Herbert Hoover with trench warfare and the Great Depression (or the Hoover Dam) will discover meaningful contexts for both in a tale that personalizes extraordinary times. Miller writes that his goal was to write for people “who never read history books”; he accomplishes that splendidly, while also creating a work that scholars will admire.

An excellent history that should catapult Miller to the top tier of popular historians.

WWI CRUSADERS: A BAND OF YANKS IN GERMAN-OCCUPIED BELGIUM HELP SAVE MILLIONS FROM STARVATION AS CIVILIANS RESIST THE HARSH GERMAN RULE. AUGUST 1914 TO MAY 1917.: Kirkus Star

WWI CRUSADERS: A BAND OF YANKS IN GERMAN-OCCUPIED BELGIUM HELP SAVE MILLIONS FROM STARVATION AS CIVILIANS RESIST THE HARSH GERMAN RULE. AUGUST 1914 TO MAY 1917.: Named to <i>Kirkus Reviews'</i> Best Books, 2018

BEHIND THE LINES: WWI'S LITTLE-KNOWN STORY OF GERMAN OCCUPATION, BELGIAN RESISTANCE, AND THE BAND OF YANKS WHO SAVED MILLIONS FROM STARVATION.: Kirkus Star

BEHIND THE LINES: WWI'S LITTLE-KNOWN STORY OF GERMAN OCCUPATION, BELGIAN RESISTANCE, AND THE BAND OF YANKS WHO SAVED MILLIONS FROM STARVATION.: Named to <i>Kirkus Reviews'</i> Best Books, 2014

Facing Your Fifties: A Man's Reference to Mid-Life Health