JEFFREY DUNN is a writer, culture critic, teacher, and dyslexic. His first novel, Dream Fishing the Little Spokane, has been described as “melancholic, irreverent, untamed” (Kirkus Reviews) and “a hoot that goes down easy” (natural historian Jack Nisbet). Discover it at amazon.com.

Jeffrey holds a Ph.D. in Culture Studies and English Literature. For forty years his teaching has integrated natural history, creative writing, DIY publication, film, and psychology—all summed up as place-based learning. His work has appeared in Stringtown, the Pennsylvania Review, Inland, and Washington English Journal as well as blog posts for WATAC and The New Yinzer. More information and his blog can be found at http://jeffreydunnspokane.com.

“These short pieces, which turn away from one another and back again like bends in the river itself, accumulate in readers’ minds to form a picture not just of a place, but of a certain mindset: melancholic, irreverent, and untamed.”
– Kirkus Reviews 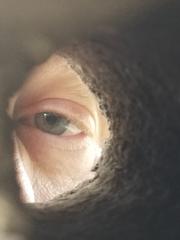 A debut abstract novel ponders the intersection of nature, history, and writing.

The Little Spokane River, a 35-mile-long tributary of the Spokane River in eastern Washington state, is the geographic and spiritual nexus for this episodic tale. “Dream Fishing” is somewhat equivalent to daydreaming or woolgathering: the narrators meander through the countryside and around the riverbanks, sharing anecdotes about local characters, buildings, and books and articles they have read as well as an assortment of koans, fables, and bits of folklore. “Think of Dream Fishing as a train wreck or a library or even a visit with Carl Jung,” Dunn advises readers at one point. “Think of Dream Fishing as something in a child’s hand.” In “The Great Northern Train Wreck,” a foster child fishes for tench on the Chain Lakes and catches the ID plate from a derailed locomotive. In “What the Biker Chick Said,” the eponymous woman details the recipe for Spam fried rice at the Dragoon Creek Campground. In “Dream Fishing the Little Spokane Library,” the narrator imagines a ghostly library among the old and forgotten cemeteries in the environs of the river. In a characteristic display of metafictional winking, the subsequent chapter is called “Footnotes to the Dream Fishing the Little Spokane Library Chapter.” It begins: “I was thinking you might like some explanation for what’s in the ‘Dream Fishing the Little Spokane Library’ chapter. You might have the impression that we writers sometimes get a bit carried away.” These short pieces, which turn away from one another and back again like bends in the river itself, accumulate in readers’ minds to form a picture not just of a place, but of a certain mindset: melancholic, irreverent, and untamed. Dunn writes in a conversational prose that is nevertheless capable of moments of sincere lyricism: “I was thinking about America’s children, the way they leave their morning homes, sleepy eyed, their breath fogging the frostbite air.” At other points, he seems to attempt to goad readers into skipping ahead to the next chapter, offering a timeline of the events in the life of a 19th-century police officer or a chart of “U.S. Yearly Road Kill Estimates.” While certain characters recur, the protagonist of this wayward text is Dunn himself, leading readers through a series of mostly unrelated segments. The author references Richard Brautigan several times throughout the volume. Brautigan’s Trout Fishing in America is clearly the primary influence here. For some readers that may be welcome; for others, it may be a good sign that they should stay away. As in Brautigan’s books, Dunn’s work operates by its own internal logic that is often quite opaque. One exchange between characters early on accurately captures the experience of reading the novel: “What do you think of that?” “Wow, that’s quite a story.” “Sure is. Makes you think, doesn’t it?” “Maybe. Makes you think about what?” “I don’t know, just makes you think.” Indeed.

A Brautigan-esque ramble through a river’s history.