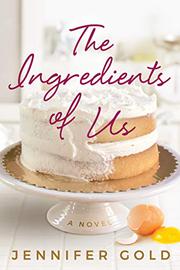 THE INGREDIENTS OF US

An insecure bakery owner in Seattle takes refuge in creating decadent desserts and pastries after she learns of her husband's infidelity in this debut novel.

After months of missed calls, late work nights, and almost no conversation or sex, Elle finds out her husband, Tom, has been having an affair with another woman. The story unfolds with two timelines: The past reveals Elle and Tom's history: a meet-cute, romantic getaway, marriage proposal, wedding, pregnancy scare, and their realization that while he wants children, she does not. The present shows Elle's response to Tom's infidelity. In addition to baking, she seeks emotional support and shelter from her best friend and business partner, Bonnie, and has "gross” but “necessary” sex with Owen, a younger man she meets in a bar. Bonnie's secure and happy marriage to Charlie provides a nice contrast to Elle and Tom's difficulties. Tom seems too perfect at times, and Elle's reaction to his infidelity is more about her own insecurity than anger at him. A mix-up that brings Tom, Owen, and a police officer to Elle's home along with an offer from Elle's previously unsupportive mother help Elle embrace the life she really wants, which may or may not include Tom. There's no high concept, big surprise, plot twist, or high-stakes conflict in this story, but the tension builds nicely, and Elle is likable and sympathetic.

Readers will enjoy the heroine's journey of self-discovery and the recipes for the lemon tarts, brownies, scones, chocolate Bundt cake, and other treats she bakes along the way. 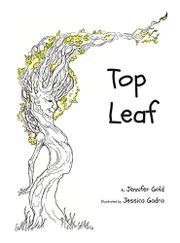 A self-important leaf receives a joyful message of equality as fall arrives in Gold’s debut morality tale with illustrations by Gadra (Sneaking Treats, 2012).

In an oddly shaped tree with humanlike features, a single leaf has the highest perch, where he can see more than any of his fellows. At first, the others are excited to know what he can observe, which includes distant smoke and schoolchildren (mostly in black-and-white sketches but with flares of color that enhance the images). But the leaf develops an unpleasant attitude, demanding that others call him “Top Leaf.” A smaller leaf below says, “You’re only at the top by chance. What makes you think you’re so special?” When autumn comes, Top Leaf refuses to fall, believing that he’ll no longer be important. The smaller leaf is excited to go, however; Top Leaf humbles himself to ask if they can fall together and finds that having a friend feels better than feeling important. Gadra’s spare illustrations, with their limited use of color, support the simplicity of the narrative, which uses approachable, straightforward language. It subtly shows how some people have lucky advantages—but that doesn’t make them better; everyone faces the same end.

A beautiful way to introduce the concept of privilege to young readers as well as share ideas about treating others well. 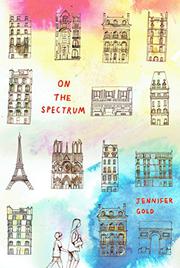 A teenage girl with an eating disorder spends a summer abroad with her autistic brother.

Sixteen-year-old Clara lives in New York City with her mother, a beautiful and famous ballerina. From when the white girl was in preschool on, her mother has enforced draconian rules about food, and as Clara ages, her obsessive thoughts manifest themselves into orthorexia, a disorder defined by obsession with healthy diet and behaviors. With her new diagnosis and following an overblown social media kerfuffle, Clara decides to spend the summer in Paris with her estranged father and autistic 6-year-old brother, Alastair (both white). While there, she meets Michel, a handsome pastry chef with light-brown skin, whom she immediately falls for. At times, Clara’s disorder is underplayed: who could argue with wanting to eat healthy? However, when she goes on a romantic dinner date with Michel at an upscale Parisian restaurant, it becomes glaringly obvious how pervasive and destructive orthorexia can be when she is nearly paralyzed at their table. Many of Clara’s relationships—with her parents, with her brother, and with Michel—feel tidily one-dimensional, but for those willing to overlook this, there is just enough Parisian-tinted romance and low-caliber angst to make serious topics feel breezy and approachable.

A light examination of the intersection of two disabilities with family dynamics, with a sweet splash of page-turning melodrama. 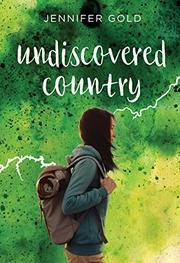 After losing her mother to cancer, a teenage girl seeks escape from her grief by joining a volunteer organization in a war-torn South American country.

This poignant story is told in alternating chapters labeled simply “Before” and “After.” The “Before” chapters tell the story of Cat, a white teen struggling through her senior year, juggling schoolwork, and bit by bit becoming the parent to her parents as her mother is diagnosed with a cancer that will eventually take her life and her father sinks into a paralyzing depression. The “After” chapters take place mostly in Calantes, the titular Amazonian “undiscovered country,” where Cat finds that her fellow teen volunteers are, like her, motivated not by altruism but by the need to escape their own demons. In Calantes she also falls in love and awakens to her sexuality. When tragedy strikes, Cat realizes one cannot run away from grief. Gold’s characters are believably drawn. The “Before” chapters are particularly powerful. The “After” chapters lose believability in their setting. It is hard to believe an organization sends teens with no particular skills or training to a country where their lives are in danger and where there seem to be no adults in either the town or the volunteer base.

In spite of some flaws, this is a sensitive portrayal of the different aspects of grief that will strike a chord with readers. 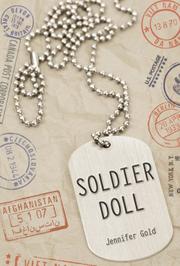 A small wooden doll links tales of wartime tragedy and tenderness across the 20th century and into the 21st.

As told in flashbacks within a present-tense frame story, the doll is first given as a keepsake to a British Tommy by his sweetheart, Meg, in 1918. When he is killed at Ypres, a Jewish German soldier finds it, passing it decades later to a child in Terezín. Years after, the American son of a Prague war orphan carries it to Vietnam. He gives it to a village child, and she, to her Canadian son—who marches off to Afghanistan in the wake of 9/11, leaving it behind to be found in a Toronto yard sale in 2007 by Elizabeth, teenage daughter of an engineer about to depart for Afghanistan. In each era, the figurine’s owners, family, friends and adversaries come across as distinct characters, with well-defined lives and motives. Along with penetrating insights into the feelings of those who went to fight, stayed behind or just became victims of circumstance, Gold supplies enough historical background to give readers an understanding of the complex events and rationales that drove each war. Some of the violence is joltingly explicit, and ultimately, Elizabeth has a devastating loss of her own to suffer, but her involvement with the doll leads to a final scene of both resolution and comfort.

A memorable debut, both timely and universal in its themes.