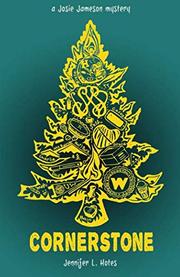 A teenager, still honing her recently discovered magical abilities, must help 11 witches in this third installment of a YA mystery series.

It hasn’t been long since Josie Jameson learned her dead mother was a powerful stone witch. Inside Josie’s heart is the Agatha Stone that her mom once carried and that contains pieces of 11 other stones. In various parts of the world reside 11 witches, like Josie, who carry stones that may have, over time, become corrupted. Josie has the unfortunate assignment of cleansing these stones, as she’s evidently the only one with the ability to do so. It turns out there’s a link between the witches, so she may be able to help the women without traversing the globe. But the downside is that some are dark witches who, via magic, threaten Josie or her friends and family, such as her little brother, Owen. As she can barely control her magic, Josie doesn’t think she can handle the stone cleansings alone. But her sometimes-frightening encounters with stone witches scare off a few of her pals. And as someone Josie knows winds up dead from an apparent murder, locating all 11 witches is a potentially fatal undertaking. Hotes’ (Stone Heart, 2015, etc.) latest installment is a laudable fusion of teenage melodrama and the supernatural. Josie hasn’t fully grasped her powers, which also include a healing capability. But she likewise faces more familiar teen tribulations. Her childhood friend Casey has seemingly abandoned her for the popular crowd. In addition to confronting menaces (evil witches and possibly more), the dauntless protagonist unravels a bit of mystery: something from her mother’s past. Crisp prose throughout Josie’s first-person narrative aids in creating believable characters: “I’m flooded with salted caramel feelings, not mad exactly and not entirely happy. Very sticky.” Despite a definitive conclusion, the book’s open ending teases further adventures with Josie.

An exemplary tale that boasts a plucky heroine, paranormal dangers, and adolescent hardships. 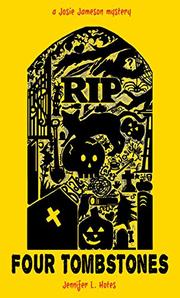 In Hotes’ (Cyborgia, 2015, etc.) YA mystery, a cemetery excursion by a group of Seattle teens unearths a few buried secrets.

Fifteen-year-old Josie Jameson’s plan for Halloween isn’t mere trick-or-treating. She and her lifelong pals, Casey, Seth, and Blaze, head to Lakefront Cemetery, the resting place of Josie’s late mom, Sarah. Josie believes that Halloween is an ideal night to “feel” her mom’s spirit. But a strange, gray cat leads her to an older tombstone with peculiar markings and no apparent name on it. Her friends also discover intriguing gravesites: Casey finds a child’s; Blaze, a priest’s; and Seth, a military veteran’s. Each teen feels compelled to learn more, and they receive some help from the cemetery caretaker, Grace. Later, Josie finds a letter from her mother, hidden in a picture frame, which the latter wrote after she received her cancer diagnosis. In it, Sarah purports to know magic and cryptically asks Josie to locate a special object and bury it next to her remains. The process of resolving the various mysteries ultimately leads to feuding among the friends. In this novel, Hotes includes plenty of spooky elements, including stories of witchcraft, crows that attack Josie, and, at one point, the appearance of Sarah’s ghostly figure. However, it’s the author’s attention to characterization that truly drives the tale. For example, it’s revealed that in the six years since Sarah’s death, Josie has repressed her grief while caring for her little brother, Owen, and their perpetually despondent father. Hotes offers meticulous and engrossing scenes showing how Josie gradually begins to mourn and how her friends sort out their own personal problems; for instance, Casey feels that her parents neglect her in favor of her athletic brother. As a result, the story is generally gloomy in tone, but it does have a few bright spots, including hints of a potential romance between Josie and one of her friends. There’s an effective twist near the end, and the supernatural elements leave room for expansion in future installments.

An engaging tale with shades of horror and well-drawn characters. 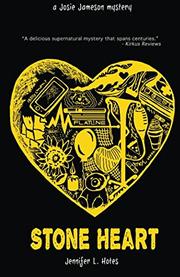 Secrets, lies, and teenage angst abound in Hotes’ (Josie Jameson and the Fourth Tombstone, 2015, etc.) second installment of a supernatural YA series.

Josie Jameson is not your typical 14-year-old. After losing her mother at 8, she grows up fast, shouldering most of the household burden while her father drowns in grief. The loss hardens and matures her but also leaves many unanswered questions. Surrounded by a group of childhood friends, Josie searches for the truth about her mother and finds more than she expected. After a fainting spell lands her in the hospital, she wakes up with a pacemaker implanted, and Josie begins to experience strange, vivid dreams. Asleep, Josie is transported to 1800s London through the eyes of Agatha, an Irish missionary. Upon realizing that Agatha’s adventures are strikingly similar to actual historical events—like the push for women to take more active roles in the church—Josie plans to learn the truth behind the dreams. Fresh, modern, and inventive, the novel alternates between Josie’s and Agatha’s worlds. Each chapter reveals pieces to the overall puzzle of how and why Agatha and Josie are connected. Agatha’s chapters unveil a world where a secret sisterhood works to glorify God by clinging to the ideas in the “lost Book of Mary.” They yearn to be martyrs and leaders in a patriarchal religion. Josie’s narrative includes hashtags and relationship drama, making her seem authentic and contemporary. Hotes carefully layers Agatha’s tale and hints provocatively at what makes Josie so special. Certain key moments, however, such as a character’s struggle with depression and the ultimate big reveal, resolve without the same care and attention given in the novel’s ascent. But Josie—loyal, determined, and vulnerable—is a character readers will want to know better.

To Kill a Mockingbird by Harper Lee

I can freehand draw almost anything.

Besides writing, volunteering at schools and raising money for Camp Erin.