Soon to be published EMPEROR AND COURT MAGICIAN (for synopsis see mynameismahataa.com). The characters in the prequel will reincarnate to become the characters in MY NAME IS MAHATAA and will again be reborn in the sequel CRY OF THE DHARMA.
At the completion of the trilogy, will be completing a spiritual autobiography which includes the lives of female comrades on the path titled WOMEN OF THE RINZAI.

“At her birth, she makes an extraordinary cry that signals her high spiritual destiny. Mahataa learns her family lore from her great-grandmother Hanaa, who is a shamanic storyteller, and is trained in meditation and tai chi by an old Taoist monk.”
– Kirkus Reviews 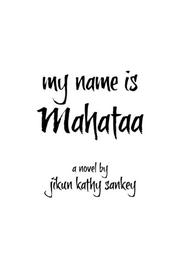 In the first decades of the 20th century, an Okinawan girl learns what she needs to fulfill her destiny as a High Born One and become a Bodhisattva.

Sankey’s debut novel appears to be the middle volume of a projected trilogy. This volume takes place from 1902 to 1917 in a small village in the north of Okinawa, where Mahataa is born into a family that is financially poor but spiritually rich. At her birth, she makes an extraordinary cry that signals her high spiritual destiny; however, she must be trained carefully to fulfill it. Mahataa learns her family lore from her great-grandmother Hanaa, who is a shamanic storyteller, and is trained in meditation and tai chi by an old Taoist monk; in her native religion by the spirit of the Noro, or High Priestess, who possesses a local woman to transmit her knowledge; in prophecy and the use of the I Ching by the Yuta, or local soothsayer (a role that, at that time, was outlawed by the Japanese government); and in herbal medicine and acupuncture by the Yabuu, or medicine woman. Meanwhile, her best friend, a boy named En, is on his own spiritual path, which includes an episode of disappearance into another world under the influence of a mysterious scroll that Hanaa had left in Mahataa’s care. This is, essentially, a didactic book, presenting the essence of everything that Mahataa learns as she learns it; it’s something of a drawback for a novel when the main character’s life path is to detach herself from the kind of emotional drama that constitutes the basis of traditional Western plots. One cannot help but suspect that the first volume, in which Mahataa, in a previous life, commits the kinds of karmic sins that she has overcome in intervening lives, and the final one, in which she uses what she learns here in a later life, will be more exciting.

Dispassionately explores how various Eastern disciplines can intersect and overlap. 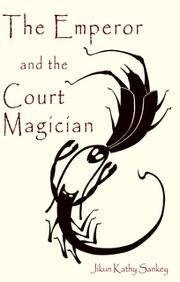 THE EMPEROR AND THE COURT MAGICIAN

A Chinese empress deals with a troubled son in this debut historical novel.

The year is 601 C.E., and the setting is Sui Dynasty China. One stormy day, in the early hours of the morning, Seer Chen rushes through the dawn streets, seeking a meeting with Empress Dugu. Beneath her robes, she clutches a precious box that occasionally glimmers with a mysterious light. She has kept it safe for years, but it is in danger now and needs a new home. The seer’s visit is fortuitous, as the empress yearns to see her dear friend. The problem is Prince Yang, the heir to the throne and the empress’s son. Yang’s life got off to a charmed start; a kind but savvy child, the young man focused on study and exploration. He surrounded himself with wholesome friends and avoided the perils of the brothel. Kind and just, he seemed to have all the qualities one would want in a ruler. But then one day, out of the blue, everything changed. Now, Yang carouses and drinks; he falls into fits of pique or streaks of violence. It is almost as if he has been replaced by an evil twin. Seer Chen, hearing Dugu’s lament, can’t help but worry that their troubles are connected. Their fateful meeting sparks the plot of this brief but punchy historical novel chock full of palace intrigue and spiritual drama (Chen’s “mind returned to the Prince’s errant behavior, which she had known about, but curiously whenever she would try to see into the situation, her mind would grow fuzzy. It was as if there were a veil over the Prince that shielded him from being seen”). Sankey wastes no time with exposition, dropping her readers straight into a bracing, fast-paced, innovative tale. This enjoyable book is the first installment of an ambitious trilogy that follows a handful of souls through three incarnations. The second volume takes place in early-20th-century Okinawa while the third entry is set in contemporary Malibu, California. The series is a surprising and audacious creative undertaking that is off to a rousing start.

An inventive tale of royal intrigue with accents of mysticism and magic.