J.M. Curls is a wife, mother, and grandmother. She is the scion of one of the founders of Freedom Incorporated, a political organization that was crucial to the desegregation of Kansas City, Missouri’s public facilities. In 1978, Ms. Curls was named one of International Telephone and Telegraph Corporation’s Black Achievers and went on in 1986 to acquire the school she once directed. For over thirty years, she has been the owner and president of an associate’s-degree-granting college in downtown Chicago. In 2006, Ms. Curls was awarded an honorary doctorate of pedagogy degree from Benedictine College in Atchison, Kansas. She is also a breast cancer survivor.

“A wonderfully relatable tale following a woman’s journey from childhood to old age. . . . It builds to an ending that is equal parts mundane and sublime, and might just bring readers to tears.”
– Kirkus Reviews 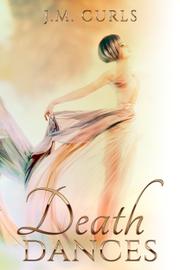 This debut literary novel explores the protagonist’s life using the death of her friends.

Life is a dance: a dance with the temporary partners readers meet in the course of their days and, eventually, a dance with death itself. If that sounds a bit macabre, the narrator of Curls’ story—an unnamed, older, married black Roman Catholic woman who lives in Chicago—uses this dance metaphor to examine the women she’s known in her life: “Women who stepped onto the dance floor, giving themselves to the rhythm of life and death. Women who, at some moment in time, allowed me into their universe, filling my dance card and leaving me richer for the dance.”  Death is often the moment that emphasizes someone’s importance to an individual, and the deaths of these women—from cancer, suicide, Alzheimer’s, and other causes—provide an opportunity for the narrator to reflect on the ways they shaped her life, from childhood friends and college classmates to business colleagues and family members. By surveying these relations, the narrator also examines her own life: growing up in modest circumstances in Kansas City’s African-American community; considering becoming a nun before involving herself in youth activism; making an unlikely ascension in corporate America despite racism and sexism; remaining afloat even as those around her stumbled or succumbed. The narrator learns that, as each partner exits the stage, everyone ends up dancing alone. Curls’ capable, occasionally lyrical prose summons the various ages and places of her narrator’s life in pleasing detail. Her dialogue, in particular, captures the poignancy of the lives she writes about. Here the narrator’s father reacts to her claim that she will join a convent: “I think your brain is addled. Sweetheart, no Negro person would ever, ever segregate themselves twice in one lifetime.” While certain portions of this episodic tale are a bit bloated, overall it represents a subtly profound glimpse into a median American life. It builds to an ending that is equal parts mundane and sublime, and might just bring readers to tears.

A wonderfully relatable tale following a woman’s journey from childhood to old age.