J.M. Kelly has been a middle school teacher, a vice-principal, a principal, a Co-Director of the New Jersey State History Fair, a consultant for the New Jersey Foundation for Educational Administration, a current Board member of the Global Learning Project (a non-profit) and Past-President of the Morris County Association of Elementary and Middle School Administrators. He has been the recipient of numerous education awards such as the New Jersey Governor’s Teacher Award, two Geraldine Dodge Foundation Grants, and by acclamation of his school staff, received the New Jersey Principal’s and Supervisor’s Association Principal of the Year Award for Visionary Leadership in 2007. He has authored two professional books: Student–Centered Teaching for Increased Participation and In Search of Leadership.

The Lost Treasure, available on Amazon.com, is his first novel. His love of mysteries, adventures and everything about Sherlock Holmes, helped in the creation of Bobby Holmes and his cousin Brenda Watson. Jim recently completed a sequel to The Lost Treasure entitled Monster on the Moors. It involves the same characters in a pulse pounding thriller that takes place in the North York Moors of England. Tommy Ails: Good For What Ails You, also available on Amazon, is a humorous off-beat mystery, and his first novel for adults.

Jim’s non-fiction book, In Search of Leadership, or Sailing With Roland, (also on Amazon) takes him to the Maine coast and aboard the sailing craft of one of the most preeminent educators of our time, Roland Barth, to discuss educational leadership in particular and the field of education in general. The results are, what Roland in the Foreword calls, “timeless nuggets of wisdom for himself and for the rest of us who would venture aboard a boat and into a schoolhouse.”
Jim divides his time between Sea Girt, New Jersey and Sarasota, Florida, with his wife Bronwen. They have three children. 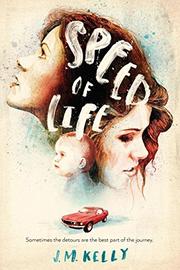 Crystal has always wanted to escape poverty, but she never thought her plan would involve vintage muscle cars and a baby.

Although identical twins, Amber is the party girl all the guys lust after, while Crystal thinks she probably likes guys but is not certain yet. When a baby named Natalie enters their lives, the white high school seniors agree to raise it together in their blue-collar Portland, Oregon, neighborhood, even trading off child care responsibilities around school and their jobs. Both are content with the thought of finding an apartment for them and “their” baby in a better neighborhood and taking up their jobs full-time after graduation, with Amber working at her aunt’s tavern and Crystal repairing vintage muscle cars. That is until Crystal learns about the auto-restoration program at McPherson College, a program and college that actually exist in Kansas. Crystal’s narration is emotionally gripping as she deals not only with deviating from the twins’ plan behind Amber’s back, but the possibility of achieving her goals without Amber and even Natalie in her life. Her road takes still more twists and turns when she must also confront the truth of Natalie’s conception. Crystal’s struggles with independence and identity are realistic and palpable.

Feminist readers in particular will appreciate this strong young woman who doesn’t conform to gender norms. 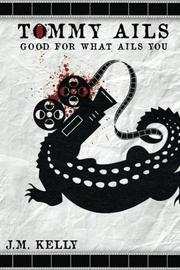 Tommy Ails, Good For What Ails You

A Sarasota lawyer takes the case of a wife charged with killing her husband and gets enwrapped in a caper rife with kidnappings, gangsters, and gators in Kelly’s (The Lost Treasure, 2013) thriller.

Tommy Ails’ legal approach is a bit unorthodox. He manages to provoke the judge presiding over his latest case, which winds up being thrown out on a technicality. Fortunately, his client is a content Tony “Two Fingers” Scirocco, a Mafia head who sends Candy Wrap in Tommy’s direction. Cops have Candy pinned for the bludgeoning death of her prominent businessman husband, Stephen. Seems like a fairly standard investigation, until Tommy realizes that the person spying on his and Candy’s meeting is reputed Colombian drug lord Don CeSar. Before he knows it, Tommy’s receiving threats courtesy of a hoodlum duo that wants him to drop Candy as a client and end his association with Tony. Tony, meanwhile, finds himself a murder suspect when one of his employees takes a couple of bullets to the skull. Tommy gets helping hands from pal Detective Walter Simpson and cousin/roommate/new assistant Donny Dweed in (hopefully) exposing the real killer(s). The attorney, however, isn’t the only one in danger, as thuggish types may go after Candy, the object of Tommy’s wandering eye, or his landlady, Madge (aka Mom). The author’s quirky comedy is a pure delight, thanks to a handful of uproarious characters. Donny, for one, is truly the gumshoe, doing Tommy’s legwork for free as he aspires to be a “private dick.” Tommy, on the other hand, is the antithesis of a rugged Hollywood detective; he drinks margaritas, passes out or throws up on his own (no Mickey required), and uses a kitchen utensil as a weapon instead of a gun. Readers looking for mystery may be disappointed, because baddies are warning Tommy off the case before an investigation’s really begun. But while the murderer’s identity isn’t surprising, watching Tommy’s problems pile up, including a film festival that gets everyone distracted, is endlessly amusing. Tommy can easily carry a series—and with any luck will bring along his friends and family.

A protagonist whose charm and wit outshine the plot, which readers surely shouldn’t mind. 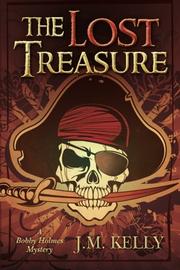 In this debut YA adventure, a group of kids duels with the ghost of a deadly pirate.

Young Bobby Holmes from London is about to spend part of his summer holiday with family, including his second cousin Brenda Watson, in America. Already nervous about leaving his mother, Bobby also wants his strange visions to subside. On the plane trip, however, a malicious voice in a dream says, “You will die if you continue this journey.” Yet when Bobby reaches Mountain Lake, Conn., Brenda treats him to charming Americana, such as the Baker Street Cafe and Conan’s Comic Shop. Then a traveling carnival arrives; Bobby, Brenda and her best friend, Stevie, visit a psychic named Madame Tarot. Taking Bobby’s hands, she begins channeling the evil voice from the plane, which now mentions “the captain’s loot.” Later, Brenda’s father says that tools were stolen from his store: two shovels and some oil-lit torches. After a local gravedigger is killed, Bobby tries to explain his theory—that a ghost pirate is searching for lost treasure—to the authorities. Unfortunately, nobody with power or influence believes him. Only Michael, a boy with Asperger’s syndrome, takes the kids seriously, offering his expertise on pirates. Can the foursome stop the specter, or are they already too deep in danger? Debut author Kelly displays a keen, nostalgic eye for childhoods well spent adventuring. His prose is lush with whimsy—“Their mouths began to water like broken faucets”—though he captures natural beauty just as well: “Sunlight streaked through the entangled branches, painting splotches of bright light on the moss covered canvas below.” Mountain Lake, meanwhile, is populated by a grouchy Italian Ice man and cranky gas station workers, among others, likely to draw readers’ suspicions. Amid the genre trappings, there are also excellent messages for younger audiences; when Bobby remarks on Brenda’s very pink bedroom, the tomboy replies, “I don’t think of things that way. You know, boyish or girly. I either like something or I don’t.” This line of tolerance is accompanied by the kids’ acceptance of the socially awkward, though extremely smart, Michael. 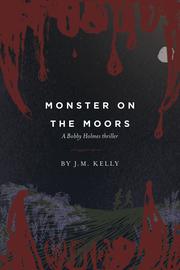 A MONSTER ON THE MOORS

In this YA sequel, a group of friends becomes convinced the creature terrorizing an English countryside is not an escaped beast but an ancient evil.

Londoner Bobby Holmes is looking forward to a vacation with his Scotland Yard inspector mum, Melanie, in northern England. But he’s especially excited that his American cousin, Brenda Watson, and their friends Stevie Nichols and Michael Kelleher will be joining him. It’s been a year since the four shared an adventure in Connecticut, where they confronted a ghost pirate. Bobby learned to accept his gift of clairvoyance back then, but a recent vision (jumbled images of a darkened forest and his pals in trouble) has him worried about the upcoming vacation. Upon Melanie and Bobby’s arrival in the North York Moors, a stranger grabs the boy and whispers a vague warning that he is in danger. Their driver to the Wolf’s Head Inn, James Thwackett, also has “Second Sight” and, like Bobby, senses something amiss. Someone later uncovers a bloody, mutilated body that a local constable wants to attribute to an abused animal turned wild. But Bobby rejects that theory, particularly after receiving additional warnings of peril. He believes there’s an ancient evil roaming the Moors, and stopping it entails first researching the area’s history and talking to townsfolk, with help from his mates and James. Unexpectedly, one of Bobby’s friends disappears, and the ensuing rescue attempt leads to a malevolence far deadlier than the group could have imagined. Kelly (Tommy Ails, Good for What Ails You, 2015, etc.) establishes the story’s malice with a sensational opening: the harrowing pursuit of an unknown woman is presented from the beastly aggressor’s point of view. This frenzied scene amplifies the atmospheric scenes that follow. On the ride to the inn, for example, Bobby spots a pub waiter inexplicably glaring at him. The boy subsequently visits fog-laden Whitby, the town that inspired Bram Stoker’s Dracula. While the much-teased titular monster does make an appearance, it’s suspense that drives the narrative. The mere notion of the creature, for one, solidified by the discovered corpse, is enough to make any visit to the Moors unnerving, even for gun-toting Melanie. The author treats Bobby’s clairvoyance pragmatically; it’s a trait he doesn’t seem to have mastered, as he never fully comprehends his near-future visions. Fortunately, his friends, sans paranormal abilities, are just as memorable. Michael, who has Asperger’s syndrome, points upward when speaking to help him concentrate on what he wants to say. Similarly, imperfections only enhance characters’ personalities: sometimes abrasive Stevie mocks British vernacular (he prefers the term flashlight over torch) while Brenda literally takes candy from a stranger (though the stranger is a cute, flirty boy). Kelly’s savvy writing is filled with stirring descriptions: “The tilted headstones fanned out across the area like crooked teeth” and “The sun dropped like a stone, and with it, the temperature.” The satisfying climax is over a bit too soon, but readers will undoubtedly be invested in this thriller series and ready for whatever Bobby, et al., tackle next.

A spook fest that wisely centers on strong characters and lurid prose.