John D. Mills is a fifth generation native of Ft. Myers, Florida. He grew up fishing the waters of Pine Island Sound and it’s still his favorite hobby. He started his legal career as a prosecutor for the State Attorney’s Office in Ft. Myers. In 1990, he began his private practice concentrating in divorce and criminal defense. His seven novels are murder mysteries set on the barrier islands of Southwest Florida.
Reasonable and Necessary (2000)
The Manatee Murders (2002)
The Objector (2004)
Sworn Jury (2007)
The Trophy Wife Divorce (2011)
The Hooker, the Dancer and the Nun (2015)
Pineland Gold (2017) 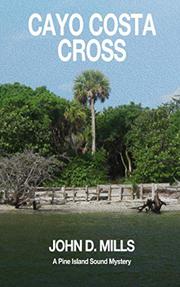 In 1910, Jim McKenzie, needing funds for daughter Sarah’s tuberculosis treatment, steals a gold cross from a drunken Cuban captain. Unable to get back to his family in time to help his child, Jim buries the cross on Cayo Costa Island, specifying its location in a letter to his wife, Claire. More than a century later, Lynn Chapman owns that letter, which Jim’s ancestors have passed down. Evidently, a hurricane had covered the burial site for the cross, preventing Claire from retrieving it. That certainly didn’t stop Lynn’s soon-to-be ex-husband, Bobby, from looking. He now feels entitled to some of the cross’s estimated million-dollar value, as his search cost most of his inheritance money. When Bobby subsequently finds a way to clear the area where the cross is located, Lynn fears he’ll get his hands on the antique. So she seeks help from private investigator, former cop, and boat owner Doug Shearer. The two head to the island with hopes of reaching the cross first. Unluckily, Bobby is already there and, armed with a weaponized drone, isn’t willing to give up what he believes is rightfully his. Straightforward characters populate Mills’ tale, the latest in his Pine Island Sound Mystery series. Bobby, for example, is the unmitigated villain, his anger so sharp and frequent that he antagonizes his own divorce lawyer. But backstory for nearly every individual adds interest: Readers learn what Lynn originally saw in Bobby, while Bobby’s pitiful childhood may explain his unsavory present-day behavior. The narrative spotlights supporting characters as well, like Lynn’s genial attorney, Beth Mancini. Recurrent stories from Beth’s lawyer boyfriend, Frank Powers, about one of his cases, though curious (a judge is the defendant in a “sex trial”), generally come across as tangents. The book’s latter half, however, stays on track, as Bobby menaces Lynn and Doug, and Mills amply details their time on the breezy island. 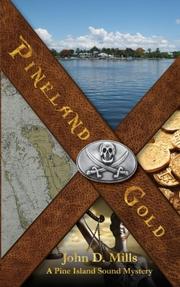 A Florida-based legal thriller revolves around the rumor of buried treasure.

Mills (The Hooker, the Dancer, and the Nun, 2015, etc.) returns to his comfortable, engaging setting of Pine Island Sound for this taut and fanciful new installment of his mystery series. The story opens with state prosecutor Frank Powers and “seasoned” divorce lawyer Beth Mancini traveling to Pine Island’s Tarpon Lodge to attend the wedding of two friends and get in some sunny relaxation of their own. At the lodge, Beth glimpses 45-year-old, well-off widow Helen Hanover, who’s obsessed with the pirate history and lore of this region of Florida. Playing right into that passion is fishing guide Eddie Watson, whose friend has just recently cleared some nearby land and uncovered clues to a long-buried pirate treasure. Admittedly formidable logistics stand in their path: The treasure spot is located on a sacred Native American burial mound. When Eddie and Helen are later found brutally murdered on that spot, the novel’s plot moves smoothly from romantic getaway yarn to sensational murder trial, with Frank and Beth caught in the middle of it all. Mills is a mostly sedate storyteller; his tale has few shocks and no sharp turns. He draws his characters well, if simply, and he doles out the plot’s developments with no rhetorical fuss or flourish. The two main attractions of his new story play directly to his own strengths as a writer: He employs his long familiarity with the Pineland setting to evoke the sights and sounds of the place confidently, and he uses his long professional history as a prosecutor in the Florida legal system to make the extended courtroom scenes stand out for their verisimilitude. The result is an atmospheric Florida thriller in the vein of Randy Wayne White’s Doc Ford novels, with Mills delivering great swaths of exposition about the colorful history of the Pine Island Sound area along the way. The author balances this material adroitly with his courtroom give-and-take.

An effective courtroom drama with generous dashes of pirate exoticism thrown in. 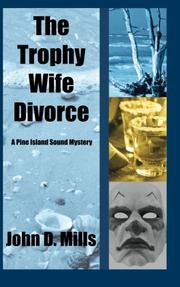 A sordid divorce case leads to violence and an explosive courtroom trial.

The latest Florida-based legal thriller by Mills (The Objector, 2016, etc.) begins with a confrontation all too familiar in the litigious 21st century: an acrimonious divorce. Dr. Stan Jacoby makes an unexpected return home from a golfing vacation to surprise his wife of seven years, Karen, with an expensive gift. Relations have been tense between them lately, since Karen discovered affairs Stan had been carrying on. Turnabout becomes fair play: when he gets back home, he walks in on her in flagrante delicto with another man. Mutually incensed, they proceed to court, where Karen is represented by divorce attorney Beth Mancini, who quickly comes to enjoy her client’s tart tongue and friendly nature. When Beth asks Karen what traits she desires in her next husband, she replies: “I want him to be closer to my age. He doesn’t need to be as rich as Stan, but I still want financial security. And most importantly, he can’t be an asshole, like Stan.” The two take a break from legal tensions at Karen’s beach cottage, where they’re confronted by an armed, masked attacker they naturally assume is Stan. In the resulting criminal trial, long-suppressed secrets from both sides of the aisle get dragged into the open. As in his previous novel, Mills effectively moves his plot along—this is a genuine page-turner despite sometimes-pedestrian writing on the line-by-line level. Two of the tale’s atmospheric staples, the Florida setting and the give-and-take of a courtroom, are confidently, vividly realized throughout. Mills is especially adept at capturing a sense of place, no mean feat even in a state as oft-chronicled as Florida. The natural, unforced picture he paints of the sometimes-spiky, uneven friendship between Karen and Beth is the most memorably written strand of the story and makes the tense, final-act revelations and plot twists feel grounded. The climactic courtroom sequences are well-served by the author’s experience in the Florida legal world; they not only feel entirely believable, but crackle with dramatic energy as well. The tricks of those scenes—unexpected rulings from the bench, surprise revelations on the witness stand, etc.—should be familiar to any reader who’s seen a Law & Order repeat on TV, but Mills makes them his own.

A gripping legal thriller pitting a cheating husband against a cheating wife. 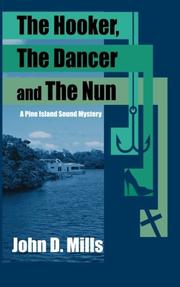 The Hooker, The Dancer and The Nun

A murder mystery engulfs three friends on a coastal Florida island in this latest novel from Mills (The Objector, 2016, etc.).

This tense courtroom drama centers on dark events involving three former University of Florida roommates and their friends as they vacation on Florida’s Pine Island. Lacy Turner, nicknamed “the Hooker” by her friends because of her love of game fishing; Susan Kelly, called “the Dancer” because of her love of doing so at clubs; and Patricia Hendricks, dubbed “the Nun” because “she remained a virgin during her college years,” are close friends when readers first meet them in the opening chapter, set in 1995. But in the following chapter, in 2015, everything has starkly changed: an incident occurred on a Pine Island houseboat, Turner is on trial for Kelly’s murder, and Hendricks has disappeared. Turner protests her innocence, but prosecutor Frank Powers has amassed a damning case against her. Author Mills, a former prosecutor, unfolds the plot in a series of detailed, well-realized courtroom scenes. The story very effectively mixes the Florida atmosphere of John D. MacDonald’s Travis McGee novels with the pointed murder-trial give-and-take of Scott Turow’s or Barry Reed’s work and convincingly adds contemporary elements, such as Facebook and text messages. Powers frequently borders on flat stereotype, but the portraits of the three young women at the center of the mystery are refreshingly three-dimensional, and Mills slowly reveals their personalities and secrets in the course of the trial. It’s a testament to the author’s dramatic abilities that he smoothly conveys so much of the action using dialogue alone. Each of the characters who parades through the courtroom—witnesses, experts, lawyers, the judge—feels real and distinct, and the author handles a series of last-minute revelations with a good deal of control.

A murder mystery set in Boca Grande, Florida. A doctor that has sued an insurance company over it's corrupt claims practice is murdered while tarpon fishing in Boca Grande pass to stop his testimony. The assassin chooses to kill the doctor by hiding a bomb on a fishing boat to make it appear an accident, but a determined detective hunts down the responsible men.
Published: July 1, 2000
ISBN: 1519426291

A lawyer is found murdered in a Model-T Ford at the Historic Edison Home in Ft. Myers, Florida after a charity fundraiser. The secrets of the victim and the accused are exposed during the murder trial.
Published: July 1, 2007
ISBN: B01AALOXJW

A nasty divorce case between a wealthy couple turns into a murder case. The trophy wife and her friend are attacked at a remote beach cottage on Cayo Costa, Florida. They successfully defend themselves and kill the attacker. The husband is blamed for the attack to avoid paying millions in the divorce, and his defense at trial is the wife set up the attack to try and void the pre-nuptial agreement.
Published: July 1, 2011
ISBN: 1519404395