John Gastineau is a former attorney, book editor, and newspaper reporter, photographer, and editor. The Judge’s Brief is his first novel. His first short story, “A Coondog and Love,” will be published soon by Ellery Queen Mystery Magazine. He is preparing his next novel, Fourth Person No More, for publication at the end of the year.

Gastineau and his wife, Jane, an archivist who manages a collection of documents by and about Abraham Lincoln, live in Indiana and spend time with their family in Arizona and Australia.

“Complex characters drive the story with emotionally charged and revealing dialogue . . . . Gastineau never fails to keep readers on their toes, and the final pages will fly by as readers eagerly search for answers.”
– Kirkus Reviews 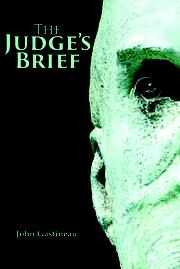 When disaster strikes the quiet little town of Holoce County, a public defender from Chicago must face his own past in order to catch a killer in Gastineau’s debut novel.

Eighteen years after an infamous case claimed the life of attorney Allen Pierman, his teenage son seeks answers from an old family friend, a judge, as to who his father was. The judge’s recollection begins in an open field, where Randy Grable, the young man’s uncle, was found dead on his tractor, set on fire, with bullets in his head and chest. Pierman had only recently inherited his county prosecutor job from his deceased father, Carter, and he wanted little to do with the case. Nonetheless, it was up to him and Sheriff Joe Calkins to make an arrest. They discovered that Grable was secretly gay and had been leading a double life; then, pieces of the murderer’s disassembled rifle began turning up on telephone poles across the county. Meanwhile, Pierman had a hard time shaking the feeling that Nate McQueen, a Vietnam veteran and cable repairman, was hiding a secret of his own. Several weeks into the investigation, a courthouse janitor was killed, just as Grable’s murderer was caught rifling through Pierman’s case files. Then, Pierman’s partner abandoned him—leaving him to face Holoce’s most wanted criminal alone. Gastineau’s murder mystery is thrilling, and Holoce County and its inhabitants spring to life through vivid imagery (“He was short-haired and freshly shaved, so much so that one of the pimples he’d raked off his chin still oozed”). Complex characters drive the story with emotionally charged and revealing dialogue (“Boys, let’s get a dog and a chopper in here and stop fucking around,” says state cop Purcell as he expresses frustration with Calkins’ investigation). Gastineau never fails to keep readers on their toes, and the final pages will fly by as readers eagerly search for answers. Thriller fans and mystery junkies will particularly love this twisted adventure in a not-so-quiet town, although they may feel a bit shortchanged by its abrupt ending.

An exciting whodunit that will keep readers guessing until the very end. 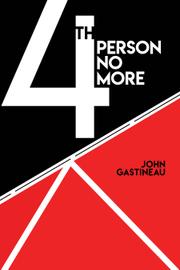 This thriller places a newspaper reporter in the thick of a small town’s grisliest crime.

The residents don’t lock their doors in the Austin County town of Failey. On the night before Halloween, Lotty Nusbaumer babysits Emily Russell, 11; her brother, Kyle, 9; and Timothy Crawford, 10. Aunt Lotty, as generations of neighbors have come to know her, has the kids making Halloween decorations in her double-wide trailer. Then someone enters. That someone shoots Lotty and the children, leaving them to bleed out. Deputy Amos “Moze” T. Beard is eating breakfast at Hack’s diner with Mirror-Press reporter Ambrose Clay when he’s called to the crime scene. Clay joins him at the scene, the initial sight of which causes 21-year-old Moze to toss his breakfast. Against police protocol, Clay enters the trailer, noting details such as a .22 rifle jammed and bent into the toilet. As cops and bystanders arrive, the reporter follows a wooded ridge to the police-taped property of Orlo Ratliff. The elderly man’s home is where Lotty, the only survivor of the shooting, stumbled for help. Days after the crime, Clay is unable to locate Lotty for an interview. Instead he must contend with Naomi Crawford, Timothy’s spotlight-hungry mother; Potter Crandall, a no-nonsense prosecutor who warns Clay against compromising the investigation; and Janelle S. Wheeler, a younger reporter from the Chronicle, a larger paper. And as if Clay needed a meatier case to gnaw on, he receives a chilly call from an individual who’s “very disappointed” to learn that Aunt Lotty lives. In this pugnacious Midwestern thriller, Gastineau (The Judge’s Brief, 2017) takes readers to 1994, the middle of a decade filled with vicious headline-makers like Theodore “the Unabomber” Kaczynski and serial killer Jeffrey Dahmer. Clay, an overweight, recovering alcoholic, muses about the crime: He had “entertained some previously unrealized hope of leaving this kind of thing behind in Chicago,” where he learned reporting. The author’s characters spar verbally at every turn, and his dialogue should be delicious to those readers who savor carefully portioned details. Orlo says that he and Lotty are lovers, but “I ain’t s’posed to show up” at her trailer “till it’s good and goddamned dark.” The novel’s title refers to the notion that, as reporters, “if you must have an opinion about the facts...use the fourth person: find a source and make them say it.” Clay’s dealings with interviewees are quite slippery, and his constant jousting against law enforcement regarding what information can be released is so entertaining that the criminal trial portion of the narrative feels like a bonus. Events move organically, and Gastineau’s work feels akin to classics like Helter Skelter and In Cold Blood. An aura of moral rot is captured by a witness on the stand: “Throughout her direct testimony, her expression was dreamy....She was a Jonestown girl; she’d drink the Kool-Aid and ask for more.” While the case drifts slightly here and there, readers should eagerly follow Clay’s heavy step.

A dark and impressive murder tale.