John Lansing, started his career as an actor in New York City. He spent a year at the Royale Theatre performing the lead in the Broadway production of "Grease," before putting together a rock ‘n’ roll band and playing the iconic club CBGB.
John closed up his Tribeca loft and headed for the West coast where he landed a co-starring role in George Lucas' "More American Graffiti," and guest-starred on numerous television shows.
During his fifteen-year writing career, Lansing wrote and produced "Walker Texas Ranger," co-wrote two CBS Movies of the Week, and co-executive produced the ABC series "Scoundrels."
John's first book was "Good Cop Bad Money," a true crime tome he co-wrote with former NYPD Inspector Glen Morisano.
"The Devil's Necktie," his first Jack Bertolino novel, became a best seller on Barnes & Noble and hit #1 in Amazon’s Kindle store in the Crime Fiction genre.
Lansing’s newest release is the short story, “The Test,” a coming of age tale set on Long Island in 1963 that deals with race, violence, social politics, and young love.
Jack Bertolino returns in John's latest novel, "Dead Is Dead," the third book in his detective series.
A native of Long Island, John now resides in Los Angeles.

“When action erupts, Lansing doesn't hold back, and the explosive finale reads like something that blockbuster director Michael Bay might dream up. A pulse-pounding thriller with a charming protagonist.”
– Kirkus Reviews 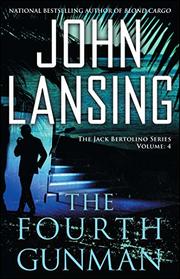 When Agent Luke Hunter vanishes 18 months into an undercover gig, the FBI turns to former New York cop Jack, now living in Marina del Rey, California. Luke’s case involves gangsters and “person of interest” Vincent Cardona. Jack had previously tracked down Cardona’s kidnapped daughter, Angelica, a return favor for the mobster’s assistance after a cartel tried killing Jack’s son, Chris, a Stanford baseball pitcher. Jack and his associates, Mateo and Cruz, focus on an illegal gambling yacht, the Bella Fortuna, a joint venture for Cardona. They interrogate gamblers and yacht crew, looking for a motive to explain Luke’s disappearance. But while Jack receives support from Liz, Luke’s FBI agent sister, the feds question his allegiance when it appears he’s sleeping with Angelica—possibly dangerous info once Cardona hears about it. Jack, however, soon suspects the reason Luke is missing is unrelated to Cardona and may entail a revenge scheme likely to result in numerous deaths. Apparently, he’s onto something—someone makes an attempt on Jack’s life. Though Lansing opens with a relatively simple plot, he spins the tale into a mass of distrustful characters. There are potential cheaters on the Bella Fortuna and yacht employees with hidden agendas. Readers are immediately aware of Luke’s fate, but Jack’s investigation revolves around the genuine mystery of future nefarious plots. The book’s latter half amplifies the action significantly, including the introduction of a Molotov cocktail, and allots space for a bit of drollness. Mateo, for example, points out that Jack’s “list of enemies is growing exponentially” as he closes more cases. The satisfying conclusion, like in preceding novels, implies the series will continue.

The exuberant characters and swift pace will thrill new and returning readers. 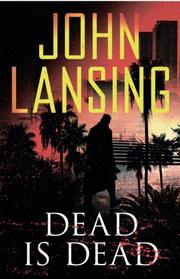 Lansing’s latest thriller (The Devil’s Necktie, 2015, etc.), the third outing for Jack Bertolino, finds the private investigator searching for a killer whose assassination of a known criminal results in a child’s accidental death.

Toby Dirk’s decision to take out drug dealer Tomas Vegas sniper-style isn’t what puts Jack on the case. It’s the stray bullet that kills 6-year-old Maria Sanchez. Former NYPD detective Jack is already in Los Angeles, his prior tussle with kidnappers and sex traffickers providing the basis for the currently in-production film Done Deal. He’s technical adviser to the movie’s star, Susan Blake, but also acting as bodyguard; a stalker followed the actress from New York. Toby, meanwhile, comes from a family of lawbreakers, with him and older brothers Terrence and Sean running a store to launder dirty money. They dabble in various illicit deeds, including stealing drugs and cash from other dealers. But Jack’s suspicion that the Vegas hit was personal may be spot-on: Toby doesn’t tell his brothers that he was the shooter. When Toby executes a second solo murder, Jack may find a way to link the deaths to the Dirk brothers. The other investigation’s complicated enough, with Jack fairly certain Susan is lying about not knowing the stalker’s identity. But if he gets any closer to unraveling the Dirks’ criminal enterprise, Jack could be the next victim. The protagonist’s working two separate cases ultimately proves beneficial to the story. Lansing takes them in vastly different directions, one built on mystery (details on the stalker are largely unknown), the other on suspense (readers are fully aware of how dangerous the Dirks are). There’s likewise perspective from the baddies, who occasionally commit murders together, while Jack and Susan’s physical relationship, coupled with his ex-wife, Jeannine, suddenly showing up at his door, is a delightful soapy turn. Stellar supporting characters range from legal-advising friend/lawyer Tommy Aronsohn to computer genius Cruz Feinberg, who uses his hacking skills to great effect. And though the private eye’s rugged looks attract the ladies, his frankness is most appealing: “I’ll take [someone] down because he’s a scumbag,” he says. “But I won’t kill him. Because I’m not.”

The laudable protagonist once again guides readers through a robust detective story. 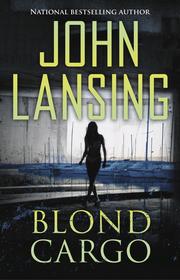 Jack is reluctant to help gangster Vincent Cardona, but he owes him; Vincent helped the PI track down the man who nearly killed Jack’s son, Chris. Cardona’s daughter, Angelica, vanished weeks ago, and the news story of two blondes found dead has the mobster understandably perturbed—especially because they were close in age and had the same hair color as Angelica. Jack’s investigation leads him to suspect Raul Vargas, a drug-dealing convict whose politically connected father got him an early release from a 15-year prison sentence. Raul may be linked to an Iraqi gang smuggling drugs, guns and even women, but stopping the gang won’t be easy with Raul’s powerful associates—which include the governor, mayor and city council. At first, the novel nearly chokes on subplots, particularly because much of the character and story development is pre-existing: Jack pops Vicodin and Excedrin for chronic spinal pain from a ground zero injury; his ex-wife blames him for Chris’ near death; and the Mexican Mafia puts a contract on Jack’s life. But the main plot gradually dominates and delivers a scorching, suspenseful narrative, despite the fact readers know who’s behind the nefarious goings-on and where Angelica is being held captive. It surprises with sudden shootouts; a scene in which Jack’s almost caught while sneaking into an office at an Iraqi social club; and a video of Angelica cropping up on YouTube. Characters are sublimely complex. Mateo, for example, one of Jack’s operatives, once worked for a Colombian drug cartel and became (initially) a criminal informant to avoid jail. There’s not much female presence (Jack’s lover, Leslie Sager, a deputy DA, typically appears in sex scenes), but Angelica is definitely one of the book’s assets. She’s anything but a meek prisoner, attempting an escape and doing push-ups in her Plexiglas cage. 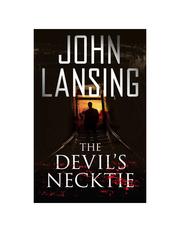 Lansing offers a debut novel about an ex–New York Police Department narcotics chief drawn out of retirement when drug-gang violence gets personal.

Jack Bertolino left his hometown of New York City for Los Angeles after back pain sidelined him from the force. Since then, he’s been gardening and nurturing his penchant for red wine. Things change, however, when Mia, a gorgeous Colombian informant whom Jack knew intimately, turns up murdered.  The brutal manner of her death, nicknamed “the Devil’s Necktie,” is a surefire sign that drug kingpins ordered the hit. The Los Angeles police initially suspect Jack but quickly clear him—and then rebuff him when he offers his help. He investigates the murder on his own, using his experience, instincts and invaluable connections from his cartel-busting days to unearth new evidence that makes the LAPD crawl back to him. He discovers a web of 18th Street Angels gang members, big-time Mexican and Colombian cocaine traffickers, and heartless criminals tied to Jack’s and Mia’s pasts. Lansing, a former writer for TV’s Walker, Texas Ranger and Scoundrels, crafts a compelling hero in Jack, who has a son at Stanford, an ex-wife back East, and classic tastes—including a fondness for Benziger wine, Miles Davis’ “Kind of Blue” album and his sterling gray Mustang GT. He has the appeal of a Hollywood leading man in the vein of Harrison Ford, particularly when romantic sparks fly with Deputy District Attorney Leslie Sager. The cinematic plot unspools at a smooth pace, cleanly shifting from one scene to the next and allowing readers to put the pieces together themselves. When action erupts, Lansing doesn’t hold back, and the explosive finale reads like something that blockbuster director Michael Bay might dream up. A pulse-pounding thriller with a charming protagonist.