John Oehler is a multiple award-winning author of thriller/suspense novels. His stories are often compared to those of Michael Crichton, Dan Brown, and Wilbur Smith. John has worked in dozens of countries and lived in places as diverse as Nepal, Australia, and Somalia. He combines those experiences with his love of history and his background in the natural sciences to create stories that leave readers asking, "Could this really happen?" 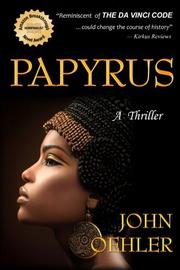 This engaging thriller’s narrative intertwines two distinct storylines. The first thread chronicles the last days of Queen Tiye, wife of Egyptian pharaoh Amenhotep III, as she prepares her secret burial chamber in her ancestral homeland of Nubia. Tiye, a devoted worshipper of the sun god Aten and an architect of “one of the greatest revolutions in history,” is not only preparing herself and her youngest son, Tutankhamen, for their deaths, but also their glorious resurrections. The second thread follows Rika Teferi, a former soldier in Eritrea’s bloody war for independence from Ethiopia now doing doctoral research as a scholar at the Cairo Museum, as she attempts to translate Tiye’s final message to Tutankhamen. A fateful accident, involving a cup of tea spilled on an invaluable papyrus by American scientist David Chamberlain, leads them both to a discovery that could change the course of history—and possibly cost them their lives. The novel is powered by intriguing scientific speculation, breathtaking locales, vivid description and references to Egyptian mythology. But while the plot is impressively knotty, the characters well-developed and the action virtually nonstop, some aspects of the story may strike readers as a bit contrived: The romantic relationship between Teferi and Chamberlain, for example, seems forced, and some twists at the end of the novel strain the boundaries of believability. That said, readers who enjoy intelligent, pedal-to-the-metal thrillers will find this archaeological escapade highly satisfying. 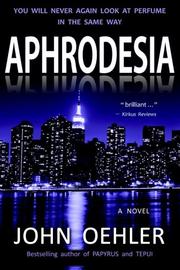 A sensually evocative thriller that satisfies and arouses.

Eric Foster is one of the most perceptive and creative “noses” in the perfume industry. His future looks and smells bright. While a student at the most prestigious perfume academy in France, Eric recreates, against the admonishments of his professor, a long-lost fragrance said to have been used by the queen of Sheba to lure a reluctant King Solomon to her bed. This aphrodisiacal perfume, Balquees, contains a rare ingredient, the acquisition of which gets Eric expelled. Cast out by his mentors and abandoning his project, Eric rebuilds his life in New York by moonlighting as a scent-based forensics consultant (paired with his trusty three-legged bloodhound, Daisy) to the NYPD. When a counterfeit version of Balquees, called SF, begins to wreak havoc by driving would-be lovers to kill each other in extreme bouts of lust, the police have an obvious suspect. Eric, who would never hurt anyone (or produce such an inferior product), races to clear his name and discovers that his friends and colleagues may not be as professional—or innocent—as they appear. Working side by side with the sardonic, emotionally wounded forensics expert Tanya, Eric is thrown into a series of increasingly violent incidents, the culmination of which forces him to face his disgraced past. Oehler is marvelously versed in the intricacies of perfume manufacturing and history; luckily for the reader, he’s also a compelling writer. In particular, the convincing sex scenes flow with the right balance of graphic language and tastefulness. Readers will come away with a new appreciation for all those sparkling bottles of fragrance and maybe even an understanding for their extraordinary price tags.

A brilliant, engaging twist on the traditional crime novel.

In 1559, forty-nine Spaniards exploring a tributary of the Orinoco River reached a sheer-sided, cloud-capped mountain called Tepui Zupay. When they tried to climb it, all but six of them were slaughtered by Amazons. Or so claimed Friar Sylvestre, the expedition’s chronicler. But Sylvestre made many bizarre claims: rivers of blood, plants that lead to gold. Jerry Pace, a burn-scarred botanist struggling for tenure at UCLA, thinks the friar was high on mushrooms. Jerry’s best friend, the historian who has just acquired Sylvestre’s journal, disagrees. He plans to retrace the expedition’s footsteps, and wants Jerry to come with him. Jerry refuses, until he spots a stain between the journal’s pages — a stain left by a plant that died out with the dinosaurs. He has to find that plant. And when the patron who funded the journal’s purchase sends a seductive blond to accompany them, Jerry’s interest heats up even higher. But the Venezuelan wilderness does not forgive intruders. Their canoe capsizes, they lose their gear, a deranged Dutchman vows to slit their throats. And their trip has just begun. Battered and broken, they reach a remote Catholic orphanage, where the old prioress warns of death awaiting any who would venture farther. But an exotic Indian girl leads them on, through piranha-infested rivers and jungles teaming with poisonous plants, to Tepui Zupay — the forbidden mountain no outsider has set eyes on since the Spaniards met their doom.