I'm a former journalist and businessman, and I split my time between my main home in Sarasota, FL, and the city I, like Josephine Baker, consider my home town -- Paris. I've also lived in Germany, where I wrote for the International Herald Tribune, and Washington, where I was the senior economics reporter for The Associated Press. I also reported for AP from Mississippi during the most active part of the Civil Rights struggle.

“An exhilarating journey that will satisfy the most avid thriller reader.”
– Kirkus Reviews 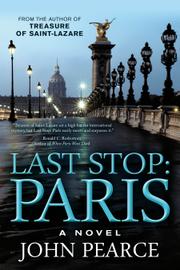 A full-throttle adventure through modern Europe and the Mediterranean in a book that’s part thriller, part mystery, and all rollicking ride.

When readers last saw Eddie Grant in Treasure of Saint-Lazare (2012), he was hot on the trail of Nazi war loot in the company of his on-again, off-again lover, Jen. As readers return to Eddie’s shadowy world of undercover deals and thugs in the employ of crime bosses, they find a quieter, more mature Eddie, now married to Aurélie, a scholar of some note, and living in pleasant domestic bliss. Onto this romantic scene come several of Eddie’s friends, who alert him to suspicious activity within his social circle, involving a man with criminal intentions and an interest in gold. Shortly afterward, a mysterious murder implicates another character from Eddie’s past. As he looks into the matter, Aurélie soon finds herself in danger; at the same time, Jen reappears in Eddie’s life, and he’s simultaneously drawn to her and eager to avoid falling into bed with her again. Soon, he and his comrades must track down another ring of criminals and protect themselves from fatal retribution. Although sequels often suffer by having less energy than first installments, Pearce’s second foray into Eddie’s world has no such trouble. The pacing races from chapter to chapter as characters become more fully fleshed-out—particularly those in Eddie’s ring of friends. Jen provides a nice foil as an engaging modern woman who can take care of herself. Pearce again accomplishes every thriller writer’s aim: creating characters that the readers can root for and a believable, fast-paced storyline. The climax and denouement bring the storylines together neatly, but fans will see that there may yet be room for another book in the series.

An exhilarating journey that will satisfy the most avid thriller reader. 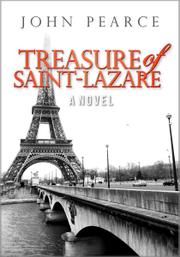 In Pearce’s thriller, a man caught in the middle of a search for World War II war treasures and a murder plot finds himself re-examining his own past tragedies.

Jen’s father is killed in a hit-and-run one sunny Florida afternoon. Upon going through his belongings, she finds a letter from him addressed to the father of someone she once knew. After World War II, the two older men worked together recovering art stolen by the Nazis. Jen travels to Paris to hand-deliver her father’s letter even though she and Eddie, the addressee’s son, had a three-day tryst a decade ago and have not spoken since. Both older men appear to have been the victims of murder relating to a conspiracy to uncover the whereabouts of a lost Raphael painting, which they’d nearly found. With the help of a historian and several close friends from Eddie’s Army days, Eddie and Jen set out on a dangerous journey to uncover the truth and possibly the painting. Their quest takes them back to Sarasota, Fla., described in all its humidity and heat. Eddie’s relationship with Jen gives the reader ample insight into her all-too-human character as well. In his debut novel, Pearce keeps secrets from his characters and readers alike; the plot twist at midpoint successfully changes the landscape of the story, in this case both literally and figuratively. The conclusion’s final reveal lacks closure for this particular mystery, the strange breaking point indicating either a harsh reality most novels shy away from or the promise of a sequel. The romantic conclusion likewise feels rushed and surprising.

An engaging mystery about lost-Nazi war loot and contemporary murders that recalls other popular international thrillers of the past decade.