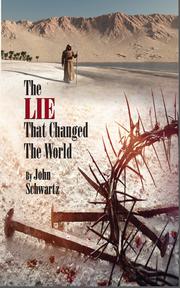 THE LIE THAT CHANGED THE WORLD

A historical novel offers a very different Jesus from the one in the New Testament.

Schwartz’s Jesus narrates the story himself and opens it with a volley of stunning revelations. Jesus of Gennesareth refers to himself as the Hasmonean king of Israel, holed up in the mountain fortress of Masada in C.E. 73 as the place is besieged by Romans. He’s almost 80 years old, and his crucifixion half a century earlier gave rise to the story of Jesus of Nazareth—a tale that was subsequently enlarged into the familiar New Testament narrative. This text hid the fact that the true son of God was alive and well. Having leveled these bombshells, this Jesus then tells his story, starting with attending a bar mitzvah and learning that his cousin John, son of Zacharias, was the Hasmonean king. Jesus also discovers that the title will come to him on his relative’s death. In the pages that follow, the author retells the traditional story—the disciples, Mary Magdalene, the clashes with the Romans, and so on—from a radically different perspective. This culminates in an imaginative version of the crucifixion in which Schwartz deftly shows how Jesus is secretly drugged unconscious and taken down alive in order to heal and escape with his wife and disciples. Throughout, the author presents readers with an intriguing protagonist. This Jesus fervently believes in his own lessons of peace and tolerance. He hopes to continue preaching even while the legend of Jesus of Nazareth steadily grows, expanding to include outlandish miracle stories and claims of a virgin birth. Jesus of Gennesareth is dismayed by all this: “I was amazed that pagans would require such strange things to believe the messages I had taught.” Unfortunately, he quickly finds himself back in conflict with the Romans, stuck in Masada with a society of his faithful plus a core of Jewish zealots, all of whom are doomed to die when the siege succeeds. Schwartz tells this riveting story clearly and succinctly but with a paucity of rich details. Many of his readers will doubtless be wishing the inventive tale had a great deal more specifics and complexity.

A gripping, if thin, alternate history narrative with a rebellious Jesus. 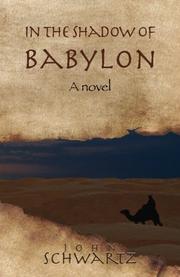 IN THE SHADOW OF BABYLON

This time-traversing story opens in 11,000 B.C. with a first-person tale rendered in high archaic fashion but with clear psychological self-awareness. Ayuba, a clansman shepherd from a time just outside of recorded history, relates the terrible destruction of his family and his herd. Ayuba’s story continues throughout, but it is the discovery of this man’s poem (the oldest writing in the world) that incites the events in 2004. Flashing forward 13,000 years to an Iraqi academic’s bedroom, the novel’s modern thriller-style plot begins. Dr. Elman Darshi is trying to convince his wife that Saddam Hussein’s Ba’athist agents are not in fact coming for them in the night. The sudden jump in time and tone is remarkably compelling rather than jarring and gives this novel its unique literary fascination. Ancient tablets containing the Song of Ayuba lead to information that is not only threatening to Hussein’s small empire of megalomania, but to established history and cultural orthodoxy. After Darshi is eliminated for his years of research and toil, his daughter, Alex, picks up the torch and reads the translation to the world on satellite television. The song itself is yet another layer in the literary quality of the novel and works as the novel’s philosophical centerpiece. The poem is lyrical, mystical and shockingly secular—this in particular causes a great deal of controversy once the poem is rendered for the Arabic-speaking world. Ayuba’s narrative is essentially a fantastic hero story. After the dissolution of his people, he travels into the Beyond relating his experiences and the strange encounters of a world lost to history. Schwartz deftly weaves the romantic experiences of a pre-historical shepherd into an extended homily that punctuates the trials of the Middle East as the contemporary narrative plunges along in the best page-turner fashion. Not only linked well rhetorically, the prose here is something to behold and is evocative without sacrificing concision, an absolute demand of the thriller genre. Many readers will be convinced that a literary discovery of this magnitude really might change the course of contemporary politics, so confident and convincing is the vision of the novel. 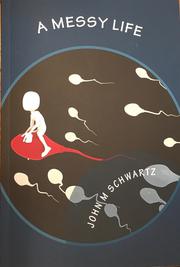 After the death of his wife, an author goes on the road and writes an eclectic memoir.

Schwartz (In the Shadow of Babylon, 2011) lost his wife of 41 years to amyotrophic lateral sclerosis—Lou Gehrig’s disease. The descent into death was a slow one for Emily and ultimately involved the painful deterioration of her body. When she finally died, the author sold his impressive home nestled within a golf course—the one Emily grew up in—and set out on a kind of therapeutic walking tour, collecting new friends and adventures along the way. One day, he received a book in the mail—it turned out to be a memoir Emily wrote unbeknownst to him—and that remembrance inspired him to pen his own. Schwartz darts quickly back and forth between the remote and more proximate pasts—sometimes he details his family’s ancestry, his previous two marriages, or his travels with Emily through Italy and Japan. His meditations frequently refer to or even revolve around the libidinal pull of sex: his sexual escapades in Asia, his youthful philandering, his fascination with erections, and the peculiar relationship between sexuality and shame. Schwartz also discusses his shiftless youth—he was rescued from a drunken driving arrest at the age of 17 when a compassionate police officer promised to ditch the paperwork if he joined the Air Force (and so he did). The author became a very successful businessman—he was a millionaire by 30—as well as an award-winning writer. As the title suggests, this volume is an untidy mélange of recollections and commentary, so compulsively digressive that it often becomes exhausting. Schwartz becomes focused when he movingly writes of his love for Emily, with the book as a whole a kind of meandering love letter to her. The stories he shares are sometimes hilarious, but the prose overall is manically quip-laden and often remarkably condescending. In one painful scene, he sententiously lectures a priest on the moral failings of religion (“Muslims worldwide and from all walks of life…unequivocally and unapologetically proclaim that Islam instructs them to hate, subjugate, and kill all who resist it”). It’s impossible not to be touched by the author’s tender affection for his wife, but the work as a whole is maddeningly disorganized and smug.

Despite some genuinely beautiful recollections, this account remains too haphazardly constructed to sustain the reader’s attention.