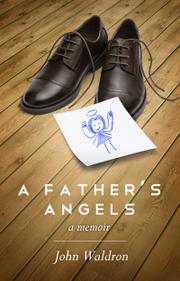 Waldron’s account of life as a gay dad in Arizona.

The author’s engaging debut memoir opens with a protest rally against illegal immigrants in Phoenix. Seeing a young Hispanic boy on his father’s shoulders, Waldron reflects on his journey as a single, gay parent. When he fell in love with the charming smile of a 3-year-old boy, he had little understanding of the child’s intense anger simmering below the surface. After helplessly witnessing one memorable tantrum, Waldron sought a series of nannies to care for his child and teach him Spanish, as well as give himself some much-needed breathing room in his suddenly hectic life. Beginning with fun-loving Paulina, several Mexican women not only cared for his son (and later second child), but also showed Waldron how to appreciate the smaller, day-to-day triumphs of parenting. The women’s undocumented status and their ties to family in Mexico meant that their connections to his young family, while strong, were sometimes short-lived. While the women are idealized in their portrayals and treated like family (a far cry from The Help), the narrator is forthright about his own shortcomings and fears. Parents, especially single parents or those of adopted children, will relate to his worried comparisons to wealthier parents, his fears that his son might be taken away, his frantic juggling of work responsibilities and his musings about the lasting effects of his son’s difficult pre-adoption years. Early on, he confronts his own prejudices about the women he comes to depend upon who live in modest, sometimes sketchy, neighborhoods. He’s also quick to defend them from the unfounded accusations of his neighbors or his father’s concerns about strangers raising his grandchildren. A natural storyteller, Waldron offers a universal tale. He occasionally touches on issues specific to being a gay parent, including being advised to lie about his orientation or being offered harder-to-place children. More personal than political, this memoir’s conversational style, with its short chapters, lively bits of dialogue, candid observations and steady action, makes for enjoyable reading.

A timely, compelling story that challenges the traditional definition of family.