My debut commercially published novel, A Southern Girl, has sold 14,000 copies despite the limited distribution offered by a university press. It continues to sell. Adoption is a subject of broad interest and appeal, and international adoption even more so. The story was inspired by the adoption of my Korean daughter into a conservative Southern family.

My newest offering is historical fiction, a coming-of-age love story between a Southern boy (12 years old when the Civil War begins) and a 14-year-old Pennsylvania girl who accompanies her mother to teach the newly freed African Americans on the Sea Islands. The Home Guard anticipates a sequel, for which representation would be helpful. Anyone perusing the Kirkus review for The Home Guard should also read my comment.

I am a graduate of the University of Virginia School of Law. I received my BA from The Citadel. My classmates selected me to write the inscription for the Citadel War Memorial, the legacy to the campus from the class of 1967. That million dollar project, dedicated in 2017, lists the names of over 700 alumni who died in the various wars and conflicts since the school's founding in 1842. Those names are etched into marble, as is my 35 word inscription and a 3300 word narrative history of the college I titled "The Citadel at War." I am also the author of a history of the school entitled Stand Forever, Yielding Never; The Citadel in the 21st Century.

“Warley is a knowledgeable writer, weaving in period detail and historical fact to develop a rich, engaging narrative . . .”
– Kirkus Reviews 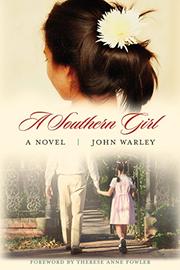 Under pressure from his liberal wife, a member of Charleston society reluctantly adopts a baby girl from Korea in this novel by Southerner Warley (The Moralist, 2011, etc.), himself the father of a daughter born in Korea.

In the late 1970s, Elizabeth Carter and her litigating attorney husband, Coleman, are raising their two sons in New Hampton, Va. Elizabeth is a native Kansan. Although she plays the part of traditional wife and mother, she’s a quiet rebel—i.e., she won’t join the Junior League—who has always wanted to adopt a Korean baby. Coleman, on the other hand, was raised in Charleston by parents who drummed into his head the danger inherent in threatening their traditional values: God, family and South Carolina (by which they meant established Charleston families) above all. He has serious reservations about bringing an Asian child into the family, but he acquiesces, recognizing that it’s time to cast off his parents’ fear of change. Meanwhile, in Korea, a young mother reluctantly gives up her beloved infant, knowing that adoption in America is her daughter’s one chance to survive and prosper. That child becomes Allie, the Carters’ new daughter. Shortly after her arrival from Korea, the family moves back to Charleston, the only home Allie will know. Smart and adorable, she fits into the Carters’ lives more seamlessly than either parent might have expected, and Coleman especially adores her. When tragedy strikes less than halfway through the novel, he rises to the occasion. But seven years later, when Allie is a Princeton-bound high school senior, a seemingly trivial issue—her exclusion from a society ball—becomes a major crisis. After Coleman fails to win over the society’s board members, several of whom he counts as close friends, a Jewish ACLU attorney from New York pressures him to sue for discrimination.

Although manipulatively written, with a heavy-handed plot and a cast of noble Asians, Warley’s story offers a surprisingly nuanced take on political correctness. 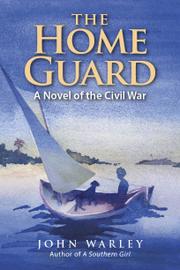 In this historical novel, Warley (A Southern Girl, 2014) draws on actual events to tell a story set in Beaufort, South Carolina, which was occupied by the U.S. military for the duration of the Civil War.

While most white families hurry to leave the city before the soldiers arrive, the aging Missma refuses to abandon her home. Missma’s 12-year-old grandson, Carter Barnwell, stays with her in the family’s hunting lodge on nearby Cane Island, and the two find ways to outwit the soldiers and make a home. The novel also follows Carter’s mother, Anna, as she takes refuge with other members of the family; his brother Preston, off in the Confederate army; his cousin Gabriel Heyward, a lady’s man who turns Carter into a spy; Swedish-American mother and daughter Christina and Sonja Sunblad, who travel from Pennsylvania to teach freed slaves in Beaufort; and Lt. Newton Spruill, who resents the Southerners he oversees in the occupation. The novel follows Carter and the other characters through the war as they fight to survive and, in many cases, preserve a way of life that has left them behind. Warley is a knowledgeable writer, weaving in period detail and historical fact to develop a rich, engaging narrative, although it is primarily sympathetic to the white Southern viewpoint. Black characters speak in painfully rendered dialect (“Me peoples yere. Uh ‘spect uh gwine stay. Barnwells bin good to ole Rosa. I tank ya fo’ dat;” “Dem forts fall, we gwain stay right ‘chere”), and Christina and Sonja’s students are portrayed as largely ignorant (“They did not know they lived in a state called South Carolina, or in a country called the United States, or on an ocean called the Atlantic”). Missma explains that the Barnwells sold off most of their slaves and quietly freed two but is committed to the South as she knows it. Spruill, who attacks Sonja and persecutes Carter, is a prototypical villainous Yankee.

A well-researched Civil War novel sympathetic to the Confederacy.