Jonathan Rintels has been a professional writer for more than three decades, authoring numerous produced films and movies for television and an episode of Law & Order, many of which received critical acclaim. His credits can be found on IMDB.

Lifemobile, his first novel, was inspired by his emotional and inspiring adventures with his son, who has Asperger's Syndrome, after he brought home a notorious old Corvair, the car famously known as a "Deathmobile" after Ralph Nader labeled it "unsafe at any speed." As happened in real life, when the teen in Lifemobile learns that the U.S. government ultimately found Nader's sensational charges untrue, he decides that the Corvair is “not disabled, just different,” as he is, and has been unfairly stigmatized by a world that does not understand it, just as he has. The different boy becomes the different car's champion, determined to prove to the world how wrong it is about both of them. Taking Benjy and his father on a wild and emotional ride full of colorful characters and comic adventures, their "Lifemobile" ultimately helps them both discover Benjy’s own uniquely satisfying place in this world.

A recovering attorney, Rintels is also the founder and Executive Director of the Center for Creative Voices in Media, a nonprofit group “dedicated to preserving in America’s media the original, independent, and diverse creative voices that enrich our nation’s culture and safeguard its democracy.” As an advocate, he has penned numerous speeches, white papers, research reports, regulatory filings, magazine articles, and op-eds on important public policy issues.

“An enjoyable ride with an atypical father–son relationship.”
– Kirkus Reviews 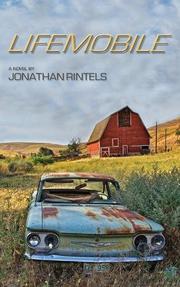 The semiautobiographical account of a middle-age widower who buys a classic convertible to help bond with his teenage son, who’s afflicted by Asperger’s syndrome.

Two years after the death of his wife, Annie, Rintels’ unnamed narrator faces the prospect of loneliness. His precocious 19-year-old son, Benjy, is set on attending college a couple hours away so he can live independently, but Benjy’s determination is mitigated by his Asperger’s syndrome, which requires near-constant attention, medication and special courses in school. He insists on referring to himself and others with disabilities as “different.” As Benjy waits for what he expects to be a letter of acceptance from Wheeler College, which caters to students with Asperger’s, his father reflects on his own, late father’s 1965 Chevrolet Corvair, nicknamed the Deathmobile. With its sleek design and notoriously accident-prone track record, Ralph Nader famously deemed the Corvair America’s “most unsafe car.” Nevertheless, Benjy’s father purchases one on eBay, admittedly because he needed “something to plug the gaping hole [caused by] Annie’s passing and Benjy’s leaving home,” though ever-rational Benjy simply claims, “It’s just an old car, Dad.” Dad imagines serious male bonding time during the drive home to Virginia from Florida, where the car was purchased, while Benjy sees an opportunity to prove he can survive a couple days alone at the house, despite his condition. Besides, Benjy pleads, the letter from Wheeler might arrive early. Dad begrudgingly agrees to let Benjy stay, and while he’s a thousand miles away, the letter indeed arrives but in the form of crushing rejection. Soon after his father returns, however, Benjy learns that the car is, like him, different, so he becomes a Corvair advocate, too. Thus begins a new journey, one on which father and son encounter an embittered, wheelchair-bound veteran who owns a Corvair junkyard, and sprightly, neon-haired Katie, a McDonald’s employee and Benjy’s schoolmate crush. The Deathmobile, which finally serves as an unlikely race car, grafts a relationship torn by loss and misunderstanding. With its fast pace, lightheartedness and themes of acceptance and determination, Rintels’ touching, semiautobiographical debut seems best suited for the YA crowd. Where the novel occasionally veers into predictable or sappy terrain (the title’s ironic significance is almost painfully barefaced), the story redeems itself with absorbing dialogue—particularly in Benjy’s deadpan responses to his father’s jokes and metaphors—and crisp prose that is, if at times oversentimental, often stirring and packed with emotion.

An enjoyable ride with an atypical father–son relationship.