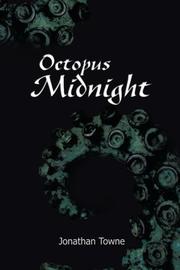 Towne’s poetry constructs an intricate realm out of tiny parts.

The philosopher Zeno is often credited with articulating the paradox of the heap. One grain of sand isn’t a heap; two grains aren’t a heap. And yet somewhere between two and 10,000 grains, the thing we call a heap forms. Towne’s poems are like Zeno’s grains. They are quite small—seemingly insubstantial. Yet somewhere between the first and 50th poem, a paradoxical, beautiful heap forms. Though most of his poems aren’t haiku, many exhibit the haiku’s qualities: concise, forceful. And yet with these old tools, he makes strange new things. Take the poem “IV” in his collection, which reads simply, “Early frost / the purple plum / glass to touch.” Another, “XXXIX,” reads, “Her eye / strange paisley / lewd wink.” With such deft jabs, Towne reminds us of the startling power—and surprising depth—of a single image. At some level, these pictures—a cold fruit, a come-hither glance—are familiar. And yet there is a mystery here that draws us further in. For what is a glass plum? And what is a paisley eye? Throughout, Towne’s poetry feeds on such subtle enigmas. Elsewhere in the collection, the work expands; a later piece stretches languidly onto a second page, like an arm lazily extended. But even here, when Towne gives us 31 lines instead of three, he seems quite content to explore a single moment: “Her hand / set on the bar / palm up / a burning cigarette / in the relaxed curl / of the fingers / it was / 1:42 am.” And it is clear that neither the woman in the poem nor Towne himself is rushing anywhere. And once we fall under the spell of his verse, neither are we.