JOYCE LUCK is a community college professor of English with degrees from Randolph-Macon College, the Pennsylvania State University, and San Francisco State University (fiction writing). She has published numerous articles and fiction in sources ranging from Girlfriends to Patheos to Lodestar Quarterly. In 1997, her nonfiction biography, Melissa Etheridge: Our Little Secret (ECW Press), stayed on GLBT best sellers' lists for that summer. The Master Yeshua: The Undiscovered Gospel of Joseph (Roundfire Press, 2015), is her first published novel.

“An ideal example of how fiction can be used to present and explore alternative concepts in history and religion.”
– Kirkus Reviews 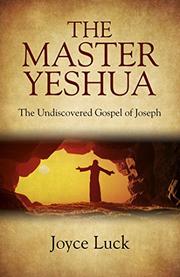 A grounded retelling of Christ’s life and the early days of the church from the gospel of his ailing nephew.

In this fictitious gospel, Joseph ben Jude, the nephew of Jesus (called by his Hebrew name, Yeshua), sets forth to correct the emerging myths that threaten to taint Christ’s legacy. Not long after his death, Yeshua’s origins have become steeped in superstition, with tales of a virgin birth of the literal son of God. Joseph tells instead of the careful planning and mystical divinations of the Essene Jews who selected his grandparents, Joseph and Mary, to conceive this prophesied Messiah. Luck (Melissa Etheridge: Our Little Secret, 1997) presents an accepting, progressive Yeshua who mingled his rabbinical studies with the teachings of the Hindus, the Zoroastrians, and the Buddhists. Joseph muses on Christ his uncle as much as Christ the Messiah, speaking at length about his father and other uncles, along with the extended family of Yeshua’s followers. Like in any family, there’s squabbling; the apostles struggle with how to lead after Christ’s death, and the public becomes confused and uncertain. These difficulties, along with competition and persecution from other religions, only serve to compound the misinformation Joseph seeks to debunk. Joseph’s prescience of the emergence of other philosophies is a clever conceit of the novel, which organically introduces gnostic and other alternative Christian teachings. Throughout the book, the resurrection is dissected as well, challenging the belief of Yeshua’s physical rebirth with the possibility of a spiritual one and breaking down the differences. These theories are impressively accessible and introduce new concepts that parallel fairly well-known historical and biblical events while using modern names for people and places throughout.

An ideal example of how fiction can be used to present and explore alternative concepts in history and religion.

Book Trailer for THE MASTER YESHUA

All Good Stories Begin with Questions, 2015