J.S. Skye grew up in the Midwestern region of the United States. At a very young age, it was apparent that he was very talented. Finding that he was gifted in music and art, he plunged himself into both. As time passed, he set aside music to focus even more of his attention on developing his skills as an illustrator.

All throughout his years in school, J.S. Skye spent every available moment creating and developing fictional worlds. Caring about realism, he developed multiple people groups, countries, worlds, and even languages. His fictional realms were created through both written and visual mediums.

After traveling to almost a dozen different countries and studying different cultures, J.S. Skye decided to implement his interests in ancient cultures, history, languages, mythology, and more into his writings. He decided it was best to pour his heart and passion into writing instead of having divided interests between both art and literature.

J.S. Skye has accumulated a fairly large collection of his various writings. These stories range from all types of different genres such as mystery, science fiction, fantasy, and even horror. Friends encouraged the aspiring writer to produce a novel and see how things progressed from there.

J.S. Skye's first novel, The Granted Wish, was met with cheerful affirmation. The positive feedback was overwhelming and unexpected. Fans of his Flurry the Bear novels grew and began to clamor for more. From this point forward, his first novel series came to be.

“Skye’s prose is clean, and the story speeds along like others in the series. The author excels at shuffling old characters in and out while adding new ones, playing personalities off of each other in order to create tension within the group.”
– Kirkus Reviews 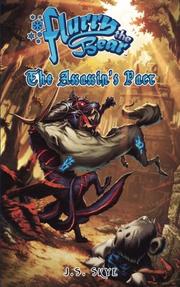 Skye (Churchianity Pandemic: The Blood, 2017, etc.) pits Flurry the bear against cat assassins in the latest installment of his children’s fantasy series.

Following their battle with Black Bear’d and his pirates, the walking, talking teddy bear Flurry and his fuzzy sidekicks have traveled through the animal kingdoms for two months, adventuring with old friends and winning admiration from the critters that they’ve helped. When Flurry tries to finally head for home, however, he and his friends are attacked by the cat assassins of Queen Necatual and the wolves of Furry’s old enemy, Isangrim. With the help of his pal Vallidore the wolf and the cat warrior Purratus, Flurry and his companions escape and travel to the safe cat city of Tikalico. There, under the guidance of allies old and new, they plan to strike at the true enemies behind the recent chaos. Furry learns that Necatual is working with Theran, a sorcerer who Flurry recently tangled with in his battle against the pirates. What’s more, Theran holds information about the return of Flurry’s greatest enemy of all: Jack Frost. It’s cats and wolves versus cats and wolves in this battle, with Flurry—as always—right at the center. Skye’s prose is clean, and the story speeds along like others in the series. The author excels at shuffling old characters in and out while adding new ones, playing personalities off of each other in order to create tension within the group. This volume doesn’t work as a stand-alone; much of the plot revolves around previous events and establishing conflicts for future episodes. Even so, Flurry fans will enjoy the storylines’ progression.

A spirited, if business-heavy, addition to this bear-centric fantasy series. 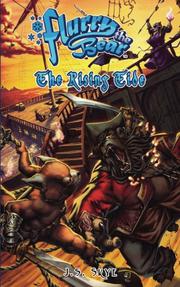 A courageous bear sails the high seas in this fifth installment of a children’s fantasy series.

Back at home after his latest exploits, Flurry, the live teddy bear, is annoyed when his human mother admonishes him for stealing a pirate movie. Flurry goes to bed, only to wake up to discover that his room has been replaced by the ocean. Flurry and his four plush friends—Noah, Boaz, Honja, and Caboose—pilot their floating bed to shore, where they find themselves on the outskirts of Tigris, a city inhabited by walking, talking tigers. They quickly run into Flurry’s old friend Chingu and old frenemy Drizzle, who are in Tigris looking for Chingu’s brother, Shinyuu, who has been seized by pirates. The group manages to locate Shinyuu, but only after being abducted. They learn they are being taken to the dreaded pirate king Black Bear’d. “He’s the most ruthless and evil pirate there ever was,” another prisoner informs them. “He’s as ferocious at sea as any other grizzly bear would be on land.” A new mission emerges: rescue the captured Capt. White Cloud and keep Black Bear’d from building a secret army, whose vile purposes are more than those of the average pirate. The biggest thing standing in their way is Black Bear’d’s powerful sorcerer, Theran—and, of course, Flurry’s penchant for letting his pride screw up the plans of his friends. Skye’s (Churchianity Pandemic, 2017, etc.) prose is direct and lively, conveying the excitement that Flurry feels through every step of the escapade. The book succeeds in evoking the unfettered imagination of youth: simple conflicts of good vs. evil, with plenty of cannons, sword fights, and swashbuckling. The author makes a minor nod to the trauma these recurring conflicts have on the protagonist—“Flurry’s parents managed to make an arrangement for him to get therapy over the phone, since it would not be possible to take a living, breathing teddy bear to the therapist’s office”—but in general this is adventure without consequence, experienced by a hero who is part animal, part toy, and part energetic boy who never wants to go to bed.

A rousing pirate tale and a welcome addition to the Flurry series.

The Book of Snow

A mysterious gift bestowed by Christopher Kringle sends Flurry and his friend Honja 7,000 years into the past. They arrive in a land ruled by the evil Jack Frost. Before either of them have time to think, they are thrown into the midst of a raging conflict. All the land cowers in fear at Jack's name. Flurry dares to challenge the evil red panda's reign of tyranny. His courage inspires many brave samurai to unite and stage an all-out assault on Jack Frost. This growing band of warriors is led by the legendary Tomodachi. Little does Tomodachi know that Flurry's presence is a brush with fate, and his life will never be the same. The question remains - should they prevail, will Flurry and Honja make it back to their own time?
Published: Jan. 28, 2015
ISBN: 069237308X

Life for a cub is not always easy, as Flurry would attest. All Flurry has ever known is a simple carefree life in the arctic north. In his home village of Ursus, Flurry has very little responsibility. The region is protected by warrior elves and ruled by Christopher Kringle. Flurry has a knack for finding trouble, and find it he does. To keep Flurry from further turmoil, Christopher gives Flurry a special assignment. Little do either of them know that fate has something else in mind for the little bear cub. Flurry finds himself in a strange and distant world named Earth. Intent on getting home, Flurry struggles against numerous obstacles. Yet, his greatest challenge is himself. As he wrestles with his own pride and vanity, Flurry embarks on his new life. Will Flurry learn humility and make it back home, or has his life gone down a new path - a course that can never be reversed?
Published: March 28, 2017
ISBN: 0692866744

The Land of the Sourpie (Flurry the Bear - Book 2)

Three months have passed since Flurry arrived in Middleasia. Flurry greatly enjoys his new life away from his homeland. However, just when everything seems to be going splendidly for the cub, Flurry receives a most startling surprise. During a return visit to Ursus, Flurry discovers he is no longer an only child. Emotions ensue and jealousies rage, but Flurry must set aside his pride in order to rescue his sister and friend from the clutches of the evil cats of Agrio. Flurry will need to utilize his wits to not only protect those he loves, but also to save their land from impending doom. Join Flurry on his first of many great adventures as he travels to the distant and dangerous jungle in the forbidden land of the Sourpie.
Published: Jan. 28, 2015
ISBN: 0692371850

The Throne of Frost (Flurry the Bear - Book 3)

The land of Mezarim gets hit by a mysterious change in the weather. The temperature drops below freezing. Snow and ice blanket the entire region, and a massive blizzard is on the horizon. The citizens of Ursus fear the worst. Flurry hopes to relax with his friends, but when his sister and another bear cub go missing, panic ensues among the village. Flurry, Noah, and a wolf named Vallidore embark across the frozen land to find answers and save their friends. Unbeknownst to Flurry, he will come face-to-face with the evil villain known as Jack Frost. With his polar bear army ready for battle, Jack Frost plans to conquer Flurry's homeland. Is Flurry outmatched or will he prevail against the most ruthless tyrant his world has ever known?
Published: Jan. 28, 2015
ISBN: 0692372547