After coming of age in rural Ohio, I earned degrees at Oberlin College and Ohio State University. Given a life-long fascination with languages and foreign cultures, I have been blessed with opportunities to live for extended periods in Central and South America as well as in Amsterdam. I am fluent in French and Spanish and conversant in Dutch which I regularly refresh during visits to The Netherlands. My careers span linguist, educator, entrepreneur and nonprofit fundraiser, including Peace Corps volunteer and trainer; Founder of Foreign Language for Young Children; Co-Founder/Co-Director of Global Chld, Inc; and Director of Development at Latin American Health Institute. My life-long fascination with history was rewarded when, during a year in Amsterdam, I became a frequent visitor of the Amsterdam Historic Museum. When I learned that for over 400 years the museum building had been an orphanage that housed thousands of children, I began to imagine ONE of those children. A little girl of five. Why was she there? What was her life like as an orphan? What became of her? As this fictional child became more and more real to me, I gave her a name - Nelleke - and a distinct personality - intensely curious, somewhat fearless. It was then I realized that in order to know her better, I had to write her life story. Other characters appeared. An estranged couple who had lost a child. The parents handled their grief in different ways. The husband, Jos Broekhof, became obsessed with locating the final pornographic etching in a set of seven. I had a title, The Seventh Etching. A plot. Additional characters. A subplot about a lovely, young Spanish woman, Isabela Calderon, who washed up on Dutch shores after a shipwreck. When I finished The Seventh Etching, my readers and audiences all asked me, "But what happened to Isabela?" At that point, I grasped the truth about myself. I too wanted to know how Isabela's life continued. Did she marry the Dutch painter, Pieter Hals, who had been pursuing her or did she return to Spain? I realized at that point that I had become a writer of historical fiction and that I had enough material for a trilogy. The New Worlds of Isabela and The Rise of Dirck Becker followed. Next, I wrote with my husband, Allen L. White, Autumns of Our Joy, A Memoir of Romance, Stem Cells, and Rebirth. Most recently, I published The Carving: Celebrating Womanhood through Stories and Skit. Excerpts from two of my books appear below.

“The Carving: "A vigorous, vibrant cluster of female-centered tales both captivating and immensely gratifying" The Rise of Dirck Becker: "In this concluding volume of a historical fiction trilogy set in the 1600s, a farm boy with a remarkable memory pursues a new life in Amsterdam while searching for a girl he encountered as a child." .”
– Kirkus Reviews 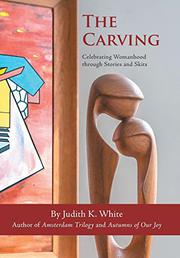 An author, entrepreneur, and linguist offers a collection of 13 female-narrated stories and skits featuring women of various ages, situations, and lifestyles.

The book leads off with one of the most impressive entries, “Brings on the Anxiety,” an actual quote from the aging lips of Rosella, a feisty, “illiterate southern lady” and former maid to a family that has dwindled in size over the years. It’s her birthday, and the grown children she previously cared for have arrived to help her celebrate. The tale is just a few pages in length but manages to convey characterization, mood, history, generational affection, and loss in an economy of swift, emotive prose. The placement of this story is key and becomes emblematic for the remainder of the enticing, well-rounded collection by White (The Rise of Dirck Becker, 2016, etc.). Female solidarity and friendship are a common theme coursing through the volume. Often, early childhood memories and bonds formed between kids become prognosticators for the adulthood years, as with the girl who meets and connects with a boy in a fifth grade drama class in “Licorice.” Though their link is fleeting, it marks a lifelong reminder for the narrator about the power of nondenominational, unconditional love. Still, not all interactions in these pages are friendly ones; some start off beautifully but sour or fester. Associations with the opposite sex are represented through cautionary tales like “Chopin’s Handkerchief,” in which a woman becomes infatuated with a former Italian language lab assistant from her college days in the 1980s only to discover his mental instability igniting a deep-seated fear she never realized she’d harbored. While this story generates a modest amount of suspense, it resists taking the audience to the darkest edges of obsession and perilous pursuit, as readers will expect, and, instead, concludes with notes of mystery and personal contentment. The collection’s emotional range is wide reaching, from the sadness of illness buffered by faith in “Send Us Help...Please” to the spicy hilarity of “Bon Appétit,” which finds a restless wife home alone during her husband’s lengthy business trip. The spirited narrative chronicles each day as it passes while the woman, a book designer, becomes more and more desperate and thirsty for human interaction, particularly from men. Her interior monologue peppered with sexual fantasies becomes laugh-out-loud funny by Day 5, when the randy wife is more than “ready to jump into the arms of any one of the guys I pass on the sidewalk.” On the opposite side of the spectrum, the title story, a melancholy affair, effectively explores themes of loss and disillusionment, as does the volume’s longest tale, “Don’t Push My Buttons.” Though they add variety, the two theatrical skits included lack the vitality and descriptive fullness of the stories surrounding them. Ultimately, this assemblage succeeds as a cohesive work of literary art, resulting in an addictive reading experience ideal for women eager for a book representative of the female experience as well as anyone who prefers the condensed, brisk rise and fall of short stories.

A vigorous, vibrant cluster of female-centered tales both captivating and immensely gratifying. 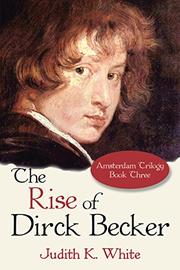 The Rise of Dirck Becker

In this concluding volume of a historical fiction trilogy set in the 1600s, a farm boy with a remarkable memory pursues a new life in Amsterdam while searching for a girl he encountered as a child.

When he was small, Dirck Becker spent a memorable afternoon with an orphaned Gypsy girl. Now in his late teens, Dirck is determined to leave the farm where he grew up and use his rare gift—the ability to remember meticulous details—to find his fortune in Amsterdam and hopefully locate this fascinating orphan girl too. The girl is Nelleke, adopted by a wealthy Amsterdam merchant family, who devotes her days to obsessively studying insects and recording her detailed observations in notebooks. Disappointed in the opportunities afforded to women in the Dutch Republic, Nelleke plans to journey across the ocean to New Amsterdam despite knowing her parents will disapprove. Meanwhile, Dirck worries that his talent for remembering everything from the rules of chess to the parts of a ship will lead others around him to distrust him. These two ambitious young people are destined to meet again—but when it finally happens, their reunion isn’t what Dirck imagined. This installment (following The New Worlds of Isabela Calderón, 2014) guides readers to an earlier era through the sweet smell of the pannekoeken hawked by street vendors on the Dam and the cries of the city’s night watchmen that cut through the dark; readers will likely feel as though they are roaming the streets alongside the characters. But, as in the first two volumes of the Amsterdam Trilogy, the weak link remains Nelleke. With her exotic beauty, unbridled intelligence, and ability to charm everyone she meets through her eccentric enthusiasm, Nelleke veers too far into Manic Pixie Dream Girl territory to be believable. Fortunately, in this volume White (Autumns of Our Joy, 2015, etc.) actually reveals flaws in Nelleke’s character, making her both more realistic and more tolerable. The book ties up loose ends for all of the characters in the trilogy, both major and minor, and should leave readers feeling fulfilled. A satisfying trip back in time takes readers to the Dutch Republic in the 17th century.

Autumns of Our Joy - A Memoir of Romance, Stem Cells, and Rebirth

After thirty years of a joyful marriage filled with adventure, dedication, love, and laughter, Judith and Allen White receive a sudden life-threatening medical diagnosis, which is followed by an arduous struggle with doubt, fear, and anguish. With the help of a world-class medical team and the support of family and friends, they repeatedly rally and cope during a decade of uncertainty. Although it comes with no guarantee of restored health, hope eventually arrives in the form of an anonymous stem-cell donor.

The New Worlds of Isabela Calderon Book II of Amsterdam Trilogy, Sequel to The Seventh Etching

After surviving a shipwreck and finding her way to Golden Age Amsterdam, beautiful and clever but naive Isabela Caldern returns to her 17th-century Spanish village at age seventeen to fulfill the destiny her deceased father set in motion at her birth. When she finds her beloved childhood home altered and life with her husband unbearable, Isabela seeks solace from a healer cook, a mysterious, erudite tailor of unknown origin, and her husbands long-term mistress who hides a threatening secret. Isolated and distraught when illness and the Inquisition destroy these precious friendships, she again sets sail - this time with her two children - to the New World towns of San Agustn and New Amsterdam. While serving as a language interpreter in a dingy jail cell, she reconnects with the engaging and attentive Dutch artist, Pieter Hals, with whom she spent a memorable evening a decade earlier. At the time she was suddenly wrenched away from the Amsterdam orphans in her care, Pieter had begun painting her portrait. Now when the possibility of a renewed and joyful relationship looms, while the unfinished youthful portrait beckons from its attic perch across the sea in Amsterdam, obstacles and self-doubt continue to block Isabelas path to self-fulfillment and happiness.
Published: Sept. 2, 2014
ISBN: 978-1-4917-3232-8 (sc) 978-

The Seventh Etching - Book I of Amsterdam Trilogy

A historic family drama based in and near 1640 Amsterdam, the wealthiest city on earth at the time, The Seventh Etching tells the story of two families over a one-year period. Both Griet and Johannes Verhoeven, farmers, in their early 20s and Jos and Myriam Broekhof, wealthy merchants in their 30s, face devastating losses that threaten their livelihoods and their marriages. After a major flood, Griet and Johannes attempt to rebuild two combined family farms a unique, promising inheritance that initially brought them together, but now overwhelms them. Myriam secretly sells her husbands valuable art collection to build a hidden monument to her deceased daughter. Jos suffers despair and defeat as he combs every corner of the city in his obsessive attempt to complete a set of playfully erotic etchings. It is a six-year old Gypsy orphan, Nelleke, who connects the two couples. Sprightly and spirited, Nelleke both delights and exasperates. Might this mysterious child have the power to heal struggling adults and find the permanent home she seeks? Does she, innocently and unknowingly, hold the clue to the missing etching, as Jos suspects?.
Published: Sept. 8, 2012
ISBN: 978-1-4759-082-1