JULIA ASH writes dark-fantasy and paranormal thrillers. The ELI Chronicles is a three-books series: The One and Only (April 2018), The Tether (April 2019), and The Turning Point (June 2020).

As a realist with a passion for the fantastical, Ash enjoys reading and writing fresh twists involving monsters in literature (zombies, vampires, ghosts, and shifters).

She lives with her husband Rick and two Brittany bird-dogs on Maryland’s Eastern Shore. 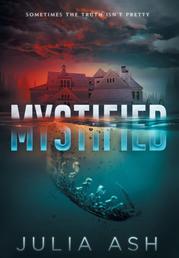 No one is more shocked than the ghost of 15-year-old Jules Parker when her drowned corpse is discovered. She died in the pool at her affluent family’s Maryland home, and signs of strangulation point to homicide. Jules’ spirit has a “foggy” memory, so she has no idea who the killer could be. Perhaps it’s her controlling mother, a former Miss America obsessed with entering Jules in beauty pageants. Her police officer father isn’t squeaky clean, either, as he’s desperate to pay back a loan shark. Luckily, Jules finds an ally in Truitt Windsor, the boy next door whom she met just days before her untimely demise. For some reason, he’s the only one who can see and talk to the ghostly teenager, and he vows to help her find her murderer. They find other potential suspects, including a pageant rival and a dangerous man with shady ties to both her parents. The investigation reveals deceit and leads to a dreadful truth. Ash subtly incorporates spirit Jules’ supernatural abilities into this taut mystery. She can materialize almost anywhere and communicate with the living, if necessary, via a computer. For the most part, though, she and Truitt piece together the evidence like any other amateur gumshoes. The author truly excels at character development, which is consistently surprising in its revelations; for example, Jules’ mom’s assistant, Mindi Maxwell, secretly hates Jules, whom she calls “Beauty Brat,” and fantasizes about her father. Although most of the suspects are unsavory, their stories take unexpected turns (including at least one additional death), but the friends’ investigation winds down to a gratifying conclusion.

An engrossing detective story with a diverting spectral spin. 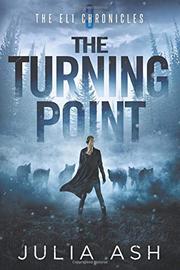 In 2041, Ruby Spencer is a vampire who acts as The Tether, whose duty is to “bring safety, balance, and harmony to every living thing in the world and universe.” Her blood can heal people, but it turns them into vampires, so she declined to cure first lady Irene Unger who was suffering from stage 4 ovarian cancer. Desperate for a cure, President Will Unger pardoned imprisoned “dark science deviant” Emory Bradshaw, who genetically crossed Irene with a cancer-proof naked mole-rat; the president then asks Ruby to end the resulting monstrous hybrid's suffering. However, the president feels betrayed for her refusal to cure his wife, so he helps Emory and former Russian ruler Vladimir Volkov kidnap her and bring her to a Siberian lab, where they plan to use “genetically enhanced wolf venom” to create new hybrids. Meanwhile, on the planet Athanasia, alpha wolf Lykos plans for the Turning Point, when animals everywhere will attack human and vampire “uprights”; it goes into effect on the planet Besto Polus, under the leadership of the female wolf Filtiarn. Back on Earth, Ruby’s husband, Clay, and their 9-year-old daughter, Gabby, witness coyote and bird attacks. And whose side will the devious Zagan Glissendorf join now that he’s limited to a ghostly form after previous novels’ events? Ash is a fearless author who holds little back in terms of imagination and worldbuilding. Her formidable vision holds together seemingly disparate elements, such as vampires and alien worlds, and it certainly helps that she winks frequently at her readers. There’s a line, for example, about how Filtiarn’s rivals’ “penises had been sun-dried” and “given to the female pups as chews” that’s as inspired as it is bizarre. Overall, the narrative functions as a rallying cry for animal rights, but it’s also a study of transformation. Major characters become new beings for excitement’s sake while Zagan’s arc is an earnest affair of the heart. Seasoned genre fans will be impressed by how the author balances action, gore, and heart in this volume.

Ash combines an array of fantasy concepts in a rousing new series entry. 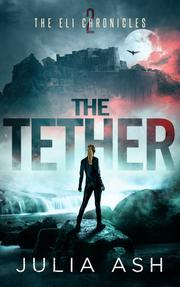 In Ash’s (The One and Only, 2018) fantasy sequel, a vampire heroine defends humanity against a tyrant who’s partially responsible for her existence.

In the year 2029, the bioweapon F8 ran amok, decimating life on Earth. Now it’s 2041, and the vampire Ruby Spencer—whose unique blood allowed her to save humanity in the previous series installment—thrives in Annapolis, Maryland. She and her husband, Clay, work for U.S. President William Unger’s Special Warfare Council and have a 9-year-old daughter named Gabby. Zombies—a result of the mutated ZOM-B virus—have dwindled to controllable numbers, and animal life is on the rebound. One night, a bat enters Ruby and Clay’s bedroom, accompanied by a strange dip in temperature. Afterward, Liora, Queen of Light on the planet Athanasia, makes telepathic contact with Ruby. She explains that Zagan, her home’s King of Darkness, has begun making trips to Earth in various physical forms—including that of a bat. He wants to make humanity the source of blood for his vampire kingdom. However, Zagan doesn’t realize that Ruby is a being called the Tether, who has both his and Liora’s blood flowing through her veins and is potentially “the most powerful vampire in the universe.” Meanwhile, ethically challenged scientist Emory Bradshaw sits in prison, manipulating events and people, including President Unger, to his advantage. In this bold sequel, Ash continues to deliver unexpected elements, such as the crash of a plane without passengers, and a trip to the Eden-like Great Island in New Zealand. To meet the challenge posed by Zagan, Ruby hones new powers of matter manipulation and teleportation. Zagan, who tries to assault Ruby in his castle, is reminiscent of Dracula, and, at one point, he criticizes humanity for “cavalier and wasteful” animal husbandry “with no regard for attaining equilibrium” with the environment. However, despite being 3 million years old, he’s yet to acknowledge that “Intelligence and character are sharper than any dagger,” as Ruby says. The third act requires her to make a heartbreaking sacrifice, although Ash cunningly spares the heroine immortal misery. 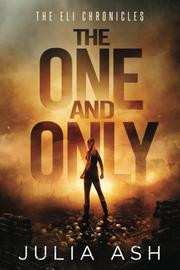 THE ONE AND ONLY

In this debut horror fantasy, bioterrorism lowers a blanket of darkness and scarcity on the world, but one woman may be capable of returning the light.

Chinese terrorist Huo Zhu Zheng released F8 in 2029. The bioweapon destroyed human and animal populations, national infrastructures, and resources worldwide —though Zheng did inoculate his own people from the sickness. Microbiologist Ruby Spencer’s unique blood made her immune to F8. She and Dr. Emory Bradshaw worked toward a cure. Then F8 mutated in animal carcasses to become ZOM-B, which spread to humans and reanimated them after death. Now, in 2032, Ruby is part of President Ava Newton’s Special Warfare Council. But the scientist would like nothing more than to spend time with her husband, Clay, and their new baby, Gabby. Instead, Ruby and Clay must visit Taiwan for a week to study captive zombies to please the president. The couple try to think of it as a late honeymoon; China and Taiwan don’t suffer the privations (food, water, and electricity rationing) that most of the world does. Awaiting them at the American Consulate is Lt. Col. Quinton “Ox” Oxford. Too bad the embittered lifelong Marine has decided to deliver Ruby and the secrets contained in her blood to President Vladimir Volkov of Russia. This twisted, sprawling tale from Ash wouldn’t be complete without a typhoon and a container ship full of zombies bearing down on her heroes’ location. The author’s bleak future is captured by this passage: “In the U.S., receiving government approval for air travel was as common as seeing a flock of birds, a herd of cattle, or a nest of rabbits. It just didn’t happen.” And while the zombie action is exceptional, readers will likely find themselves rooting for the messy demise of Ox, whose lechery boils from the page. At one point, he thinks: “The only thing better than stripping clothes off a woman was stripping her of everything she loved.” In addition, Ash offers an epic, bloodborne twist in the novel’s final third that should surprise horror fans. Ruby becomes someone not to be trifled with; a meaty sequel would be welcome.

A smart, gory, and sleazy zombiefest.

THE TURNING POINT by Julia Ash

"The First Lady of the United States occasionally hissed and grunted, but she had never chirped." -- The Turning Point by Julia Ash

Melding realism with the fantastical!