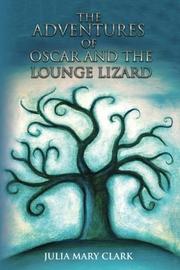 THE ADVENTURES OF OSCAR AND THE LOUNGE LIZARD

An 8-year-old English boy travels by spaceship with a dapper lizard and a troll in this children’s fantasy novel.

Oscar William Tyler of Surbiton, England, discovers a large, talking, pipe-smoking lizard in his garden, dressed in “a shirt, waistcoat, trousers, and bedroom slippers.” The creature reminds Oscar of Grumps, his beloved, recently deceased grandfather. The lizard reveals that his name is “Larry the Lounge Lizard.” Over the coming weeks, the two enjoy several chats, and Oscar is excited to meet Larry’s troll friend, Nicholas Fijmeister, who Larry says is “decent by troll standards…he doesn’t very often try to kill his relatives.” The three take trips in the garden’s apple tree (which magically turns into a spaceship) to Larry’s home world, Tarastaria, which is inhabited by an array of creatures, including trolls like Nicholas, monkeys, humanlike “sloggles,” and monkeylike “gonks.” They’re ruled over by the tyrant Emperor Brummelfritz, whom Larry—an anti-royalist, like Grumps—calls “Emperor Bumface.” Oscar is shocked by the emperor’s cruelty, which includes the slated public execution of an innocent gonk, so he and his friends concoct a daring rescue that could bring democracy to Trolland. After some time back home, Oscar gets a new perspective on his experiences and his grief; his understanding mother says, “Maybe we all somehow find another world to inhabit in order to cope.” Clark’s debut provides silly humor that will appeals to kids’ love of the grotesque, but it also deftly brings out Oscar’s grief over his parents’ divorce and, especially, Grumps’ death; at one point, Oscar compares the latter to “a knife thrust into his heart.” The resemblances between Larry and Grumps are subtle but definite, and young readers can make connections between Oscar’s wish for continued closeness with Grumps and his eagerness to have Larry in his life. Another strength is the fact that Oscar’s parents aren’t clueless or critical; they make a real effort to connect with their son and understand his point of view, which Oscar notices and appreciates. The side characters, too, are well-drawn and contribute to the story.