My younger sister always wanted to be a writer. When, in the second grade, she wrote a story called “Joey, the Grape” I read it and knew that I wanted to be a writer, too. And many years later, when I wrote a letter to Harper Lee and she wrote one back to me, I was not only certain, but determined to put pen to paper and create stories. In the summer before my twelfth birthday, my family moved from St. Louis to rural West Virginia. It didn’t take me long to realize that I would have enough material to last a lifetime to use in my stories from the heavy Appalachian dialect to the luscious wood setting that circled our house and the winding river that flowed fiercely through the valley, to the politics that dominated our region. And holding in my hands my first published story, I was inebriated with the possibility of living life as a writer. I still read “Joey, the Grape” whenever I tire of finding just the right word, and I still want to be a writer when I grow up.

Under the tutelage (whenever I hear this word I see my older sister playing her flute in our high school marching band -- it always makes me laugh) of writers Pinckney Benedict and Denise Giardina, I learned not just the craft of writing, but its art as well.

With characters like Joey, the Grape and teachers like Benedict and Giardina and melodic notes from a musical instrument keeping me company, I wake every morning wondering what will emerge from the sounds of rapid finger movement traveling around a polished keyboard.

 My work has appeared in regional and national publications. I hold a Master of Arts degree in Humanistic Studies, and have taught English and Creative Writing on the high school and college levels. I divide my time between the Appalachian region and New York City. Honeysuckle Holiday is my first young adult novel. 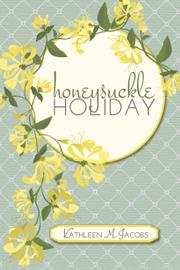 Twelve-year-old Lucy Moore tells the story of her life in Memphis, Tennessee, after her mother and two sisters relocate from Germantown. She tells tales of warmth and nostalgia—walking to the drug store for sodas, saving up coins to purchase dolls, frying an egg on the pavement to test the summer heat—but also reveals the era’s atmosphere of racism. The white Lucy isn’t merely an innocent observer, either; she antagonizes Lila, the family’s African-American housekeeper, by taunting her with hurtful, racial chants.But although Lucy can be cruel, her older sister Caroline and their newly divorced mother, Maggie, treat Lila with respect. Lucy’s father left the family on Christmas Day 1965, and when he later reappears at the house unexpectedly, on the run from the police, Lucy and Caroline are dismayed. Jacobs creates suspense by shifting back to the days right after he left the family, when generous and wealthy relatives Aunt Dodo and Uncle Herman welcomed Maggie and the children for a visit to their St. Louis home. Later, in 1966, Lucy announces that she would like to be a nun, and Maggie arranges a tour of the Sisters of Sorrows Convent, where, Lucy admits, “I began to feel true sorrow for them, rather than the awe I had felt earlier.” Throughout, Lucy struggles with both her father’s absence and the complexities of racism, which turn out to be far more connected than she realizes. Jacobs is a talented, descriptive writer who provides particularly lush descriptions of food: “The cole slaw was smooth and rich and creamy, like my red velvet skirt that I wore last Christmas, and the baked beans were served in little plastic cups, a perfect crusted top waiting to be punched with the tines of our forks.” Lucy and Caroline are well-developed characters, but many of the story’s doting and affectionate adults are too similar. The exception is Lucy’s father, whose criminal transgression is finally revealed toward the novel’s end.

A brief but enjoyable historical novel. 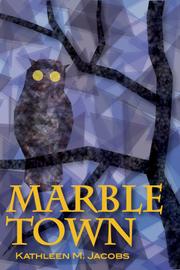 A sensitive 13-year-old boy copes with his mother’s sudden death in Jacobs’ debut YA novel.

When Cole Atwater was a small child, his mother, a mysterious, creative, and loving woman, frequently took him on long walks through local cemeteries, where she tidied gravesites and sketched pictures of tombstones. Cole, now a teenager, once found his mother’s habits “creepy,” yet he finds himself imitating them after her death in a car accident. Alienated from his grieving father, he spends part of every week alone in the cemetery. His routine is interrupted when he starts to find handmade, cryptic messages surrounding her grave. With the aid of his girlfriend, Liz, he tries to figure out where the messages are coming from, but his life is further jarred by the entrance of his father’s new girlfriend, an artist named Meg Brownstone. This short book is more of a lyrical novella than a fully developed novel, and seems more interested in building a mournful mood than it is in developing a standard mystery plot. Cole is reflective and romantically committed to a degree that strains credibility for a 13-year-old. That said, his thoughts are still enjoyable to read. A longer book might have allowed for more development of other characters, though, which would have served it well. Cole’s mother, for example, remains more of a cipher than a fully realized person, Liz has few traits beyond her quirky eating habits and refined manner of speech, and Meg, who’s central to the book’s third act, is barely described. Cole’s tendency to muse results in prose that’s sometimes beautiful and at other times overwritten. Excessively long sentences are frequent; one begins, “And that was always reason enough, like my father, to drink just one more beer—even though I never could quite finish one entirely, before it grew warm and sickening—as I huddled underneath her favorite down comforter, Coldplay trying its best to lull me to sleep, my father completely oblivious in the room across the hall from mine,” and then continues for several more clauses.

A promising novel that falls short due to its overreliance on atmosphere instead of conventional character development.

"Don't ever tell anybody anything. If you do, you start missing everybody." The Catcher in the Rye