Ms. Murray Klosterman grew up in Winnetka, IL as a member of a large Catholic family. This is her second book and first work of fiction. As an author she has long been fascinated by the complexity of families and their stories. Her professional career has included marketing, project management, public relations and teaching business at a local college. She is married with two adult children and is grateful to call Arizona home. She is currently writing her next book as a cohort of the Young Adult Novel Writing Intensive provided through the collaboration of the Virginia G. Piper Writing Center and Arizona State University. 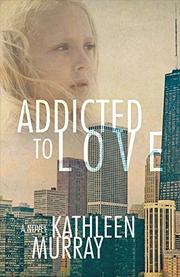 In her debut novel, Murray chronicles the troubled life of a baby boomer who faces relentless travails, including sexual abuse and an unplanned teen pregnancy.

Sally Smithfield was born in 1961 in a leafy suburban neighborhood on Chicago’s North Shore, the youngest of four children. Her abusive, unbalanced mother scapegoats her, and the rest of the family marginalizes her. For years, her father’s cousin and best friend, Bill Redmond, secretly sexually assaults and rapes her; when she hints to her family members that Bill might not be as nice as he seems, they accuse her of being typically “moody” and “a pill.” When Bill later has a fatal car accident, only Sally is pleased and relieved. After nine years of restrictive, parochial education, she attends public high school, succeeds academically, and, as a sophomore, begins dating a handsome senior named Steve. She falls hard for him, and, in the tradition of YA novels, they have an encounter on a beach as the Bee Gees song “How Deep is Your Love” plays on the radio: “Their lips met in a long, tender kiss until their scents merged and they became one person through shared passion.” The resultant pregnancy, which Sally never reveals to Steve, forces her to relocate to St. Mary’s Catholic Charities Home for Unwed Mothers in St. Louis. She fantasizes about life with her baby, but instead, the newborn is sent to an adoptive family, causing Sally irreparable anguish. In a succession of highly improbable, unconvincing events, some characters face tragedy and others are punished. Also, despite horrendous lifelong treatment, Sally still lives with her mother until she dies. There’s no satisfying rapprochement; no one ever divulges any truths. Certain facts are revealed after Sally’s mother’s death but in a perfunctory, mundane way that lacks any dramatic tension or surprise. The frequent cultural references are appealing and occasionally humorous, though, as when two Smithfield siblings take their 75-year-old provincial grandmother to see the movie Annie Hall.

A trauma-filled book that misses the mark due to a frustrating lack of resolution.

A show bred American Saddlebred horse is abandoned as a rescue to rural Arizona where he contracts the most deadly form of West Nile disease resulting in brain encephalitis. The resulting brain damage, leaves him frightened, confused and possibly untrainable. He picks the author, Katie Klosterman, as the one person who can bring him back to a normal life.
Published: Sept. 19, 2013