Author of THE MELT TRILOGY: A Spider Sat Beside Her, The Sting of the Bee, and Listen to the Birds, character-rich and high-action novels set in the political chaos of a flooded Earth. "Connecting with readers is my favorite thing. I've been told that THE MELT TRILOGY would make incredible films or a limited series like The Handmaid's Tale." K.E. Lanning is a scientist and writer, born in Texas in 1957. Lanning received a bachelor’s degree in Physics in 1979 from Stephen F. Austin St. University in Nacogdoches, TX and a MBA in 1986 from the University of Houston. A life-long fan of science fiction, Lanning has always been intrigued by the multi-dimensions of the genre, allowing the author to explore society, humanity, and our future, bringing the reader along for the ride. 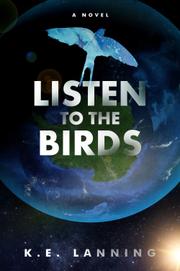 LISTEN TO THE BIRDS

This last installment of an eco-fiction trilogy continues to explore the future history of an unfrozen Antarctica.

In the not-so-distant future, the melting of the polar ice caps has left Antarctica clear for human habitation. Many of the first-generation settlers, like President of Antarctica John Barrous, are hoping to build a fair, democratic, and environmentally conscious society free of the powerful corporations that helped ruin the rest of the world. With the help of the United Nations, hundreds of cold-climate animal species have been relocated to Antarctica’s Concordia Refuge, but they are now being threatened by poachers from a breakaway Christian cult led by the mysterious Ivan Zoric: “The sparse information on Zoric portrayed a man of humble beginnings morphing into an intelligent, charismatic fanatic. An exquisite manipulator to be sure, but was he the madman others rumored him to be?” John tussles with Zoric over a possible murder investigation, but the issue is brought to a head when a team of scientists working on the refuge, including John’s daughter, Ginnie, and his former girlfriend Lowry Walker, is kidnapped by the cult. The quest to get them back alive will take John out of the ordered streets of his capital, Amundsen, and into the still-wild backcountry of the land he supposedly governs. Lanning’s (The Sting of the Bee, 2018, etc.) prose perfectly summons her winter utopia—Currier & Ives filtered through Isaac Asimov and Arthur C. Clarke: “A late winter storm had dropped a blanket of fresh snow overnight. After lunch, the clouds broke, and the sunlight sparkled on the snow as she glided across an open snowfield on her hovershoes.” The attention paid to the technology, economy, and environmental science of John’s Antarctica is far more compelling than one might think and helps increase its verisimilitude. The plot unfurls slowly but deliberatively, and though it at times feels more like a Western than an SF novel, readers will always be along for the ride. Like the best eco-fiction, Lanning’s tale will get the audience thinking seriously about the effect every human endeavor has on the ecosystem without sacrificing characters and story. 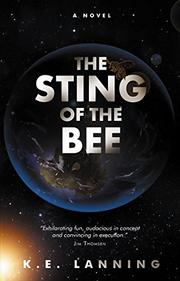 THE STING OF THE BEE

In a future wracked by floods and social upheaval, a widower tries to make a new life for himself and his daughter when the continent of Antarctica is thrown open to settlement in Lanning’s (A Spider Sat Beside Her, 2017) second book in a planned trilogy.

Climate change has gone unremedied by greedy corporate interests, causing rising sea levels and mass flooding in the United States. The superrich live in well-guarded enclaves while crime is rampant in the rest of America. Such crime claimed the life of the wife of John Barrous, a former corporate worker who’s now disenchanted by the system. He takes his adolescent daughter with him to a place where one might create a functioning, free-market democracy: Antarctica. Global warming has made it habitable and arable, and the United Nations allows a sanctioned, if dangerous, “land rush” for aspiring farmer-settlers, much like Oklahoma in the Old West. In the mostly wide-open frontier, where outlaws and stampedes are real dangers, John stakes a claim and finds a potential love interest in Lowry Walker, a strong-willed woman with a painful past who’s equally determined to keep Antarctica free of mega-capitalist exploitation. With little alteration, this story could well have been set in pioneer days. Instead of a rapacious railroad baron, there’s Napoleon-admiring villain Lorenzo Durant, complete with a robotic horse; he’s an oligarch intent on selling the nascent nation out to corrupt Russian interests. References to melted ice caps, politics, and a multicultural supporting cast keeps the narrative feeling current, but underneath, it’s an emotional, retro-feeling prairie romance in which the two homesteader leads circle each other but just can’t commit, like folks in a country-and-western ballad. It may be a mixed bag for sci-fi fans expecting epic hard science, spectacular worldbuilding, cool technology, and mind-blowing concepts instead of achy-breaky hearts trying to do right in a new heartland. But the oater atmosphere is rendered without genre self-consciousness, unlike Andre Norton’s Beast Master series, for example. Here, the comfortable Wild West formula, sure pacing, and sympathetic protagonists take well to the Antarctic topsoil.

Offbeat global-warming sci-fi that taps the spirit of cowboy romances instead of the usual dystopianism. 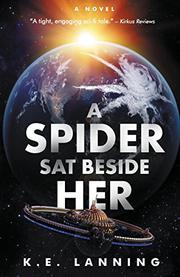 A SPIDER SAT BESIDE HER

A researcher attempts to save the International Space Station from a terrorist plot in Lanning’s debut novel.

In the not-too-distant future, the ice caps are melting, submerging the world’s coasts but leaving Antarctica open for habitation. Lowry Walker, a resident of the polar continent, has been invited to spend two years as a research assistant aboard the new, enormous International Space Station, helping to survey Antarctica from above. At first, Lowry is in awe of the technology that surrounds her, but soon the artificial environment begins to disturb her. Later, she asks a co-worker, “Do you ever stop to think about the human beast, Sevy? Outside of war, disease, and hunger, there’s just no fun anymore.” When a computer virus temporarily shuts down power on the station, Lowry and her colleagues are reminded just how close they are to death. More alarmingly, it’s revealed that the virus entered the station’s computers via one of Lowry’s surveying files. The Earth’s precarious geopolitical situation—millions of refugees and limited land—means that there’s no shortage of reasons that someone might want to attack the station. As political powers rush to use the attack to further their own aims, Lowry must work with her uncle, Nick Walker, a volunteer police officer in Antarctica, to discover the saboteur before he or she destroys the station and all the souls on board. Lanning writes in a chatty, accessible prose that mimics Lowry’s caustic, semi-jaded worldview. For a space-based thriller, the author pays an admirable amount of attention to her characters’ emotions, even if the execution is occasionally unsubtle: “Her head fell into her hands, and her shoulders jerked as her tears flowed. She had given herself permission to grieve—not so much for her failed marriage as for the loss of her innocence.” The troubled world of the novel, however, feels disturbingly believable, and the central mystery is compelling without ever feeling over the top. The novel’s well-drawn characters, nicely paced plot, and satisfying conclusion will please sci-fi fans of every stripe.

"Isn't it pretty to think so?"